The Blogs
Mark Greenberg
Life-long Progressive Who Got Woke
Apply for a Blog
Advertisement
Please note that the posts on The Blogs are contributed by third parties. The opinions, facts and any media content in them are presented solely by the authors, and neither The Times of Israel nor its partners assume any responsibility for them. Please contact us in case of abuse. In case of abuse,
Report this post. 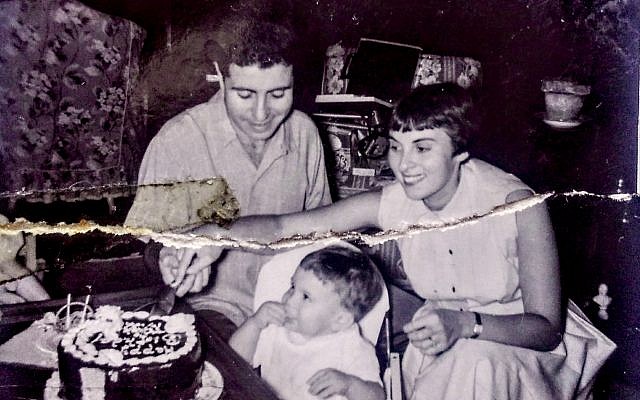 How could it be that I wrote an entry entitled “Ode to My Father” in September and now I must pay tribute to my mother?

How, as a 65-year-old, first-born son and father to four, grown men, I now find myself orphaned with my brother and sister?

Unfortunately, this is probably an all-too-common experience for many of you, as this older generation who dedicated themselves to their partners for fifty or more years, find themselves inexorably drawn to the spirit of their deceased spouses.

I’m not convinced that was the case with my mother who, no doubt, spent her life dedicated to her husband and children, but, after my father’s passing, I really believed she relished in a way tinged with guilt the chance to have a few years in full independence, to commiserate with her grandchildren at times of her choosing, to travel a bit without having to look after the whereabouts of her husband, to stretch her wings.

Indulge me for a moment with a bit of family lore. The sounds will be familiar to many.

Her parents fled the Kyev environs in the 1920’s after her father was impressed into the White Army. While her mother and father went to America, her father’s sister, Anna, decided to travel to Palestine to settle in Eretz Yisroel. Her parents, Marysa and Mischa, were married on Ellis Island.

They settled in the Williamsburg section of Brooklyn where Mischa established a tailor’s shop and they lived on Pennsylvania Avenue (which I can only imagine them trying to pronounce) in a brownstone where Rabbi Telushkin’s family lived above them. They had two daughters: Beverly, my mother’s older sister, and Sonia.

I have no clue how or why Marysa and Mischa decided to name their daughters Beverly and Sonia, but they were American names and my grandparents desperately wanted to assimilate themselves into their new country and culture. Slowly but surely, their periodic contacts with their families in the Soviet Union became fewer and fewer, and they dared not to return.

Beverly and Sonia were raised as socialist Zionists, essentially, raising money for the establishment of a Jewish homeland, knowing their Aunt Anna was living there, raising a family and “walking the walk”. Her father died quite suddenly in 1948 from a heart attack, leaving the family with a single mom.

“Walking the walk” was always my mother’s mantra. They moved to New Jersey when I was five in 1958, choosing to live in an integrated apartment co-op which, despite the historical notion that the “north” was more progressive and tolerant than the “south”, was a mischaracterization. White people did not live in the same neighborhoods as African Americans, but Pine Grove Manor in Franklin Township was a notable exception.

My mother took me to civil rights marches, had me attend a Bob Dylan – Joan Baez concert at the “Barn” at Rutgers University (which, no doubt, contributed to the pivotal role that music would play in my future), got me on the Gene McCarthy bandwagon before the New Hampshire primary in 1968. I’m sure you get the picture.

She always encouraged me to be an independent, free thinker. I would study during junior high school (do those still exist?) with a radio at my side, quietly listening to Roscoe on WNEW-FM, playing the greatest music I had ever heard. She let me travel into New York City to see the bands I was beginning to love at the Fillmore East, never going to sleep until she was certain I was “safe at home”, poetically the name of the first album of one of my musical heroes, Gram Parsons.

Politically, we began to part ways on 9/11. That event jolted my world view like the shifting of tectonic plates, and while I always shared my mother’s devotion to Israel, she had been and I had not. Though she had never been terribly observant, I had grown less so after my Bar Mitzvah. Undeniably, after a lifetime of following in my mother’s Progressivism, I was turning away from what I perceived was a systemic denial of the threat posed by Islamic fundamentalism by Progressive Democrats.

I read the Quran, began educating myself on Shi’a and Sunni traditions, re-read the history of the 1979 Islamic Revolution in Iran and the seizure of American hostages, the Twelve Imams, and came to believe that this fundamentalism would become a generational struggle for the West, but a struggle for survival for Israel.

Many in my family thought I had lost my mind. That I had lived in Texas too long.

“What happened to you?”, my mother would ask. “Where did I go wrong?”

But it was a rhetorical question, I knew. Because, while she may have disagreed with many of my positions, I was doing nothing more than she had done and would continue to do. I had become the independent thinker she had raised and we had many spirited debates – particularly during the Obama administration with whom she closely identified on a variety of levels. But she was always a passionate defender of Israel, and in her last few weeks, still talked about returning.

When I started this blog on The Times, she would invariably ask me whether I had written anything lately. She wanted to read it because she always encouraged me to write and was curious about the subject matter that might have inspired me to write an entry.

She read everything. And, whether she agreed or not; whether she was willing to concede that I might have made a compelling argument or two; after wrestling through the substance, she would admit that it challenged her thinking, she might have to look into this or that, and she looked forward to what I might address next.

I loved her so much for that. It wasn’t what I was writing about, it was the simple fact that I was writing it. She was the same with my brother and sister. And she was even worse when it came to her grandchildren.

I will miss her so much. May her memory be a blessing and may she give my father a giant hug and kiss for me.

About the Author
Professionally, Mark Greenberg comes out of the world of New York Media. He was a member of the management team that started MTV. He turned down a job at ESPN to move to Austin to raise his family of four boys in a more rational atmosphere. He was also a member of the bicoastal media elite that he critiques on a regular basis.
Related Topics
Related Posts
Comments