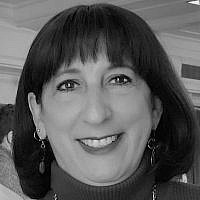 The Blogs
Stacie Rojas Stufflebeam
Professional Lone Soldier Mom
Apply for a Blog
Please note that the posts on The Blogs are contributed by third parties. The opinions, facts and any media content in them are presented solely by the authors, and neither The Times of Israel nor its partners assume any responsibility for them. Please contact us in case of abuse. In case of abuse,
Report this post. 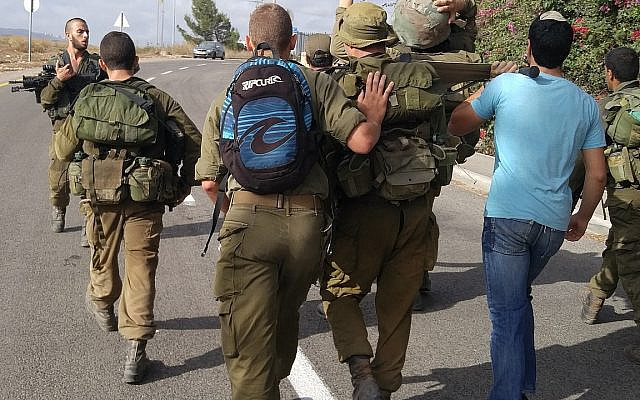 We are grateful that Israel, our Jewish homeland, has a strong army, one which is called on to protect her more often than most other armies around the world. We often talk about protecting the land of Israel, but for those of us living outside of Israel we don’t talk often enough about what that really means.

Though my husband and I live in the U.S., four of our sons have bravely chosen to serve as lone soldiers – soldiers serving in the IDF without parents living in Israel. All have served in combat units, all with a strong desire to protect Israel. This past week I got a call from my youngest son, our (6’2”) ‘baby’. He’s in the Officer’s training pre-course and wanted to talk some things through. I was honored that he turned to me to be his sounding board and I was determined to be as supportive as possible.

Together we considered the practicalities as well as the pros and cons of continuing on to become an officer versus being discharged and becoming a civilian. We talked about how COVID-19 might impact this decision and what the best path for him might be. He talked and I listened – a skill I’ve honed as a lone soldier mom – and I tried not to insert my opinion, a skill I’m still working on, and only offer support. (All the while thinking, I vote for discharge so I can stop worrying so much!!)

During this conversation one of the things my son talked about was needing to be ready to lead his unit into war. Bam! With that one sentence my wall – the one I’d carefully constructed to separate the idea of protecting Israel and the actuality of my son protecting Israel – came tumbling down.

It’s not the first time. My husband and I have been lone soldier parents for almost eight years, at times we had two- and once for a few weeks three – sons serving at the same time.  Our first chayal is a Tzuk Eitan (Operation Protective Edge) veteran, and there have been many times over the last eight years that the situation has been tense and it seemed Israel might be on the brink of war.

If there has been any upside to a global pandemic, for me it’s been that things in Israel have seemed quieter then I remember them being for a long time. During the coronavirus crisis I’ve had a chance to worry about other things in Israel, like how long the soldiers had to remain on base; Were they getting enough to eat? Had anyone on base been diagnosed? How were they doing laundry? How can you get them food if they’re in quarantine? All of these small worries allowed me to rebuild my wall, not of denial, but of separation between the idea and the reality that my son, a thoughtful soul, a gentle warrior, might have to bear such an enormous burden.

We know that each of our children is on their own path and one of our most important jobs as parents is to help guide and support them as they make their way along that path.

Back before the coronavirus crisis made it impossible, we would travel to Israel for our sons’ tekesim (ceremonies). Leading up to their Tekes Kumta (Beret Ceremony) the soldiers do a very, very long hike. For some units, parents are invited to join their soldier for the last couple of kilometers, a truly amazing experience we have been honored to participate in.

Several years ago, sitting with other parents waiting to join our second chayal for those last kilometers we struck up a conversation with a parent sitting with a soldier that I assumed was there for a sibling. As it turned out, that soldier was a member of my son’s unit but had been injured and could not participate in the long hike. As we talked, the soldier told me that he had been injured on a training hike, he had fallen behind and, as is the way in the IDF, his fellow soldiers stood by him to help him. He told us that one soldier in particular had stayed with him the entire time, supporting him until the end of the hike. At some point we realized it was our son that had been the one who stayed with him and helped him make it to the end. Now this soldier was there to do the same for our son.

As our son’s unit came into view this young man immediately fell in behind our son with his hand on his shoulder helping to support and push him to the finish. While my family joined in, I ran around taking photos and videos with tears flowing the entire time.

Now, as I reflect on the recent conversation with my youngest son, I know one thing for sure: Just as that soldier literally had my son’s back, I will be there for my current chayal, at his back, supporting him on his chosen path. And, just as importantly, I know that all of Israel has his back as well.

*In addition to being a lone soldier parent I also serve as the Executive Director of the Michael Levin Lone Soldier Foundation (MichaelLevinLoneSoldier.org) which supports Israeli organizations like the Michael Levin Base serving the unique needs of lone soldiers. Michael Levin gave the ultimate sacrifice in protecting the homeland he loved so much. I am honored to work with his parents, Mark and Harriet, to help achieve Michael’s dream of fulfilling the needs of lone soldiers. Through my work I have the wonderful opportunity to speak to other parents of lone soldiers, sometimes assisting them in solving problems for their soldier, sometimes just to answer questions and offer support. I am incredibly grateful that in turn I am supported.

About the Author
An ordinary Mom with extraordinary sons. Stacie Rojas Stufflebeam is a the Mother of five sons, four of them are veterans or active duty soldiers in the IDF. She serves as Executive Director of the Michael Levin Lone Soldier Foundation. and lives with her husband in the USA.
Related Topics
Related Posts
Comments