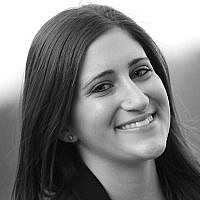 The Blogs
Melissa Harari
Apply for a Blog
Advertisement
Please note that the posts on The Blogs are contributed by third parties. The opinions, facts and any media content in them are presented solely by the authors, and neither The Times of Israel nor its partners assume any responsibility for them. Please contact us in case of abuse. In case of abuse,
Report this post.

My greatest disappointment with the U.S.-Israel relationship is the tone of debates about this issue on some college campuses, including mine. As an Emerson Fellow at Emory University for StandWithUs, a non-profit Israel education organization that believes education is the road to peace, I am speaking out against incorrect and unwarranted accusations made by a fellow student in an article on February 5, 2019.

The article hysterically attacks the organization I work with as “irresponsible” and “reductionist” based on a mistaken or disingenuous interpretation of one social media post. The StandWithUs Facebook page reported that the U.S. is cutting aid to the Palestinian Authority, without any statement of support or opposition. It included a link providing additional context and multiple perspectives from the BBC – a left-leaning source. StandWithUs often posts important stories as they break, because many people use the page as a news source. The article also takes issue with the emojis in the post, ignoring the fact that they were not celebratory and that many pages are using emojis in a similar way to drive engagement on social media.

Many of my fellow Jewish and pro-Israel leaders were disappointed by the article and its insinuations, including the President of Emory Eagles for Israel, Gabriela Tchubar. “I find it extremely problematic, especially in the context of the conflict,” expressed Tchubar.  Because of the educational nature of the organization, it is logical that StandWithUs would share an important news item. The fact that they chose to link to the BBC, which is frequently critical of Israel, shows that they offer their followers a variety of viewpoints and are the opposite of reductionist.

Anti-Zionism within the younger Jewish community is an increasing trend that poses a greater threat to Israel and Jewish communities than being a “Pro-Israel warrior,” a term used in the article to seemingly attack pro-Israel activists. Yael Medina, Assistant Marketing Director for Eagles for Israel expressed, “There is a very fine line between criticism and Anti-Zionism, and today that line seems to be willingly blurred, sometimes by people of our own communities.” Jackie Weiss and Sophia Weinstein are the Co-Presidents of EIPAC, the Emory Israel Public Affairs Committee. Weiss states, “This article is an attack against pro-Israel advocacy, which is something that I have dedicated myself to on campus. It diminishes all of my efforts to have an open dialogue with the Emory community about Israel. I personally do not see anyone in Emory’s Pro-Israel community as the extremist that this student portrays in his article. Yes, we are warriors – warriors for peace.” Weinstein further expresses, “The current political polarization we face is detrimental to furthering the peace process in Israel. It is saddening to see students who are too nervous to come to Israel related events out of the fear that they will be ostracized by their peers. Loving Israel isn’t a one-dimensional cause.”

I get it – students want to make an impact on their campus, be provocative, and break barriers. However, openly mischaracterizing an organization that combats anti-Semitism on campus and supports student educational programs about Israel does nothing to advance dialogue or understanding. At the StandWithUs Emerson Conference this summer, I gained critical thinking skills, a foundation of knowledge from a team of researchers, and a passion to make a positive impact on my college campus. How? Through dialogue with students of different backgrounds and perspectives, coalition-building, and social action programming. I also learned how to educate students about Israel while combatting anti-Zionist and anti-Semitic activity.

It is evident that there are opposing viewpoints and different narratives that make discussing the Israeli-Palestinian conflict complex. It is also true that there is often a blatant disregard for the impact of social media on the malleable and still-evolving views of young people, especially regarding the Palestinian-Israeli conflict. Sometimes it is difficult to know what “side” to take. What is not so difficult is listening to people with different views and taking productive steps to bring them together. Communicating constructively is the only way to initiate a meaningful conversation in our communities, and address the lack of nuance often found online. The article in question did the opposite.

Students who publicly criticize Israel and pro-Israel activism have a responsibility to do so in a level-headed and productive way. Rhetoric that attacks or demeans others in the community only adds to polarization among Jews and can perpetuate hostility from non-Jews as well.

With growing Anti-Semitism in the U.S., young Jews need to stand together against prejudice, de-legitimization and hate. Many of us are the children, grandchildren and great-grandchildren of Holocaust survivors and other Jews who survived persecution in the Diaspora. Though Israel and our community in America are strong, we still cannot express our identity and religion without the fear of being ostracized or worse. This is why we must work together, instead of engaging in rhetoric and actions that pull us further apart. Please stand with us.

About the Author
Melissa Harari is a Senior at Emory University studying business administration. She is the StandWithUs Emerson Fellow at her campus, Vice President of Eagles for Israel, and former President of the Emory Jewish Business Association. She is the granddaughter of refugees from religious persecution during the Holocaust and in the Middle East who immigrated to Brazil to freely practice Judaism in a welcoming community. She is an active member of her campus' Pro-Israel and Jewish community.
Related Topics
Related Posts
Comments