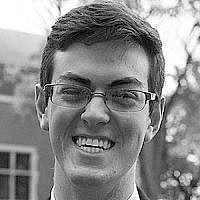 Respectively, sir, for the good of humanity, you must either change your message, to promote peace, love, and understanding, or effectively cease and desist.

You are very well entitled to your views. But when your views interfere with the well-being and livelihood of people around the world, then there is a huge problem, a problem beyond grasp.

Your views are destructive, and your methods of advocacy are terroristic. In an article by The Guardian you said, “I’m not involved in any terrorism. I have and will continue to expose the British government for their foreign policy. I fight ideas with ideas.” Your ideas, however, impede on my agency as a free individual. I do not want to be bound by the laws of God- I am my own person. I have free will, and I do not feel the need to have God in every aspect of my life.

At the end of the day, sir, we are all human.

We are all part of the same family.

I understand that you believe women, unaccompanied by men, are illegitimate beings. But why? You’ve said in several interviews, that under Sharia law, the divine law which is directly transcribed from the word of God, women are put on pedestals and revered by society. But then, they are not allowed their own agency, or their own free will. In countries where Sharia law is the law of the land, honor killings are performed to rid that region of evil, of shame. Men unto his wife most usually perform these ‘honor’ killings. How do you declare that women are put onto pedestals in society, when they are put in fear of speaking for themselves, for their bodies? How can you explain that, sir?

You insist that, “[Islam] was never ‘spread by the sword.’” So, respectively sir, how do you explain Islamist radicals such as yourself, destroying Western landmarks such as the World Trade Centers in New York as anything but violently spreading your views?

You can say that the attacks on 9/11 were perpetrated because of American foreign policy, but that cannot be your same line of thinking for other acts of terror around the world.

You can say Hamas fighting as ‘resistance’ against Israel is a result of their attacks on Muslims, but how much of that argument is conflated because you hate Jews?

And therefore, I call on you, Muslims worldwide plead to you, and in fact humans worldwide appeal to you, Mr. Choudary, that you use your voice, and you use your avenues of reach, to promote peace, to restore freedom and independence to everybody whether man or woman, and to preach religious and civil tolerance.

Because you see, Mr. Choudary, and I promise you this is the truth, Allah, your one true benevolent God, your real all-knowing God, is a God of love, and a God of mutual understanding and respect. And you would do well by it, to follow in Allah’s footsteps.