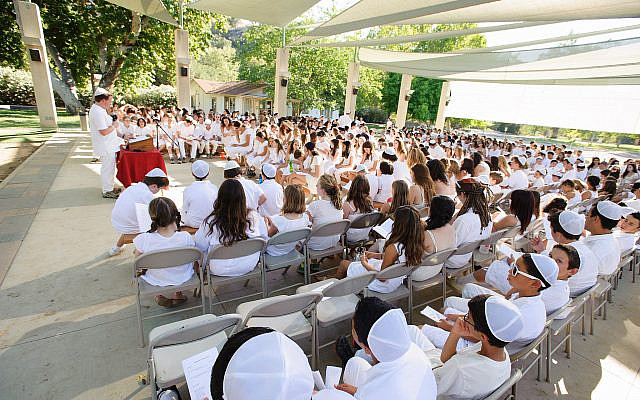 We know this summer has been hard. You’re doing great.

Being a camp professional has never been easy. And over the past few years, your responsibilities have grown increasingly complex. We’re amazed at your commitment and have watched as you’ve pivoted, mitigated, and adapted your plans – and yourselves – over and over again.

We see you. You’re not in this alone. Camp professionals across North America echo your struggles. And yet, there isn’t a single right way to navigate through this storm. We know you lead with your values and do your best with the situation at hand. The one consistent thing we see across the field is outstanding leadership.

But you’re not a pretzel, or a magician, and though we often feel otherwise, you aren’t a superhero either.

We recognize you as a dedicated human who continually shows up to lead your community through one of the toughest times in our communal existence. You prioritize health and safety. You inspire campers to find joy in their connections, their Jewish identity, and themselves. You support your staff, being a sounding board for ideas, a mirror for growth, and a role model. You guide a community steeped in tradition, ritual, and togetherness into a new reality and new ways of engaging with each other.

We know you understand the vital importance and positive impact of Jewish camp, but we also know that often you hold the hard things – the hard decisions, the hard conversations – and that heavy load can take a toll. Once the summer sessions end, we will reach out again to gather your input on ways to make your role as a year-round camp professional, and particularly the role of camp director, more sustainable. In the meantime, we’re here to remind you that the 170,000+ youth, teens, and college-aged staff you’re collectively reaching are far better for this experience. They will take the gift of this summer and carry it with them throughout their life.

Research confirms the exponential positive impact of the field of Jewish camp, creating ripples of kindness, meaning, and belonging that will reach into the Jewish community of tomorrow and far beyond. And, at this moment in time, there isn’t anything the world needs more.

On behalf of our entire Jewish community, and as passionate camp alumni and advocates, we say todah, todah, todah rabbah. We admire and appreciate all you do.

About the Author
Jeremy J. Fingerman has served as CEO of Foundation for Jewish Camp (FJC) since 2010. Prior to joining FJC, he had a highly-regarded 20+ year career in Consumer Packaged Goods, beginning at General Mills, Inc, then at Campbell Soup Company, where he served as president of its largest division, US Soup. In 2005, he was recruited to serve as CEO of Manischewitz.
Related Topics
Related Posts