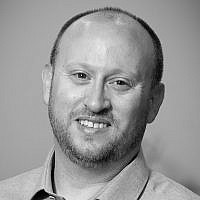 The Blogs
Yoav Kaufman
Apply for a Blog
Advertisement
Please note that the posts on The Blogs are contributed by third parties. The opinions, facts and any media content in them are presented solely by the authors, and neither The Times of Israel nor its partners assume any responsibility for them. Please contact us in case of abuse. In case of abuse,
Report this post.

As an Israeli, I understand why Natalie Portman & many American Jews choose to criticize Israel first and praise her second. Here’s why that’s backwards.Today we woke up to the headline “Natalie Portman refuses to visit Israel to accept prize, citing ‘recent events’

Natalie. I’m guessing that the “recent events” you’re referring to are either politics in Israel that you disagree with or the flare up on the Gaza border or both of those 2 things.

Let’s take politics 1st. So I’m also guessing you didn’t and wouldn’t vote for Likud & or Bibi and disagree with most of what he says and does. The accusations against him don’t help anyones view of Bibi either. HOWEVER, Israel is bigger than one political party and one PM. If you support Israel you praise her if Ben Gurion is PM, Bibi, Golda Meir, Peres or Olmert.

I aliso get that a good number of U.S. Jews get their Israel news from CNN, NPR, Slate, CNBC, NYTimes, the Washington Post. So when you read about the “protests” on the Gaza border the other day you probably read how Israeli IDF troops fired at and killed innocent kids, journalists and others. Did you also happen to read that Hamas leads these same protests and knows that you’ll be reading the PBS headlines you do and that’s huge motivation for them? Jews hating Israel! Doesn’t get much better for Pallyiwood.

Oh, BTW did you also read that these “peaceful” protesters are throwing fire bombs, planting IEDs, throwing rocks, burning mass amounts of toxic tires and trying to break through the fence? They want nothing more than to hug Israelis on the other side of course.

So I get Natalie when she stands thousands of miles away and criticizes Israel 1st because if only we gave more, were more liberal and loving with most of the world that already hates Israel, things would be just swell. If we just took in more immigrants in South Tel Aviv, we’d be doing the right thing.

The right thing for Jews worldwide, the thing that’s in all our best interests though is to prop Israel up 1st and look for the other side of the story BBC won’t tell you. Israel is not perfect and is deserving of some of the criticism that comes our way but, if you’ve got a good friend you don’t shove their face in the mud 1st and then tell them you still like them afterwards!