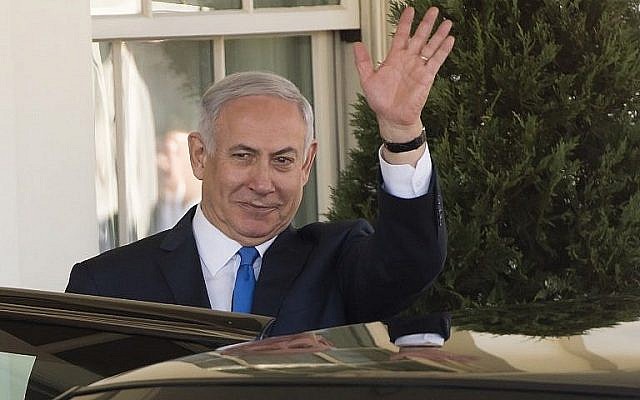 Netanyahu has struck a "sordid little deal with the far-right".

I am writing to you with an unusual request, but I hope that you will recognize the seriousness of the situation, and put personal feelings behind you at this moment of crisis.

In fewer than seven weeks, the State of Israel will elect our 21st Knesset. We find ourselves at a critical moment, where the American president seems poised to present a “peace plan” that will require us to forfeit much of Jerusalem, as well as repeating the crime of 2005, when innocent Jews were ripped out of their homes in Gush Katif, creating a terrorist haven that has threatened Israel.

At the same time, a party of former generals and other socialists have banded together and present a real threat of taking control of Israel. We risk a worsening of the already perilous situation created by the Oslo Accords. But it is clear that most of the support for their “Blue and White” party is not truly support for these generals, who have led us to one defeat after another and represent a minority of Israelis, but rather opposition to you.

I will leave it to future historians to address the question of how your tenure as prime minister has affected the country. But there are two issues that you must admit are of actual concern:

What I am asking of you may seem unprecedented, but I believe that as an Israeli patriot, you will do what is best for the country. I am asking you to withdraw from the coming elections. In fact, it would be best if the Likud Party as a whole were to sit out the elections this year. The reason the Likud came into existence in the first place was to provide an alternative to Mapai and Mapam socialism, and to create a more inclusive Israel. But the party has not served this purpose for decades now.  It exists primarily to perpetuate itself, something that happens to most political parties after they have been around as long as the Likud has.

More to the point, there is another party on the political playing field which serves this purpose better than the Likud did even in its heyday. I am speaking, of course, of Moshe Feiglin’s Zehut Party. The State of Israel is in dire need of a fresh, new approach to the issues facing us as a nation. Diplomatically, militarily, educationally, economically, and culturally, the Zehut Party represents everything the Likud could have been, but is no longer able to be. A true end to the endless conflict between Israel and our Arab neighborhoods, but one that does not endanger our security or require us to commit crimes against our own citizens. Real choice in education. A free market economy without the raging protectionism that results in the best of our produce and other products being exported, leaving us with the pitiful left-overs, and without the burdensome overregulation that strangles new small and medium-sized businesses. An economy in which owning a home is more than just a fantasy for young couples. And a country in which both the left-right and religious-secular divides become nothing more than a troubling memory of the past.

All of this is possible. But not while the Likud, particularly under your leadership, stands in the way. Without your polarizing presence on the political scene, the Zehut Party will take its place as the true representative of liberty and Jewish identity in the State of Israel. The Blue & White party will have very little support once they don’t have you to drive voters to them.

I would like to thank you for your service to the nation.  But I think you know that there comes a time when all leaders must make the responsible decision to step down and give way to the fresh and the new. That time, Mr. Prime Minister, is now.  I pray that you make the right decision.