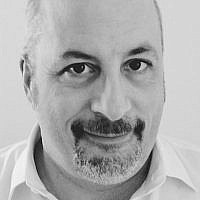 The Blogs
Zaq Harrison
Former Lone Soldier who's Grandpa sold sheets to the Klan
Apply for a Blog
Please note that the posts on The Blogs are contributed by third parties. The opinions, facts and any media content in them are presented solely by the authors, and neither The Times of Israel nor its partners assume any responsibility for them. Please contact us in case of abuse. In case of abuse,
Report this post.

I’m Israeli, I’m also a former coach, an athlete and importantly a father. I want to take the time to thank you and your organization for taking swift action to sanction your Judoka Islam El Shehaby for his unsportsmanlike behavior following his match with the Israeli Judoka Or Sasson. I have no doubt there are those in Egypt that will be very upset for your decision and also see merit in Mr. El Shehaby’s actions, thankfully you do not.

I’ve coached several sports from youth club teams to elite athletes on a top US university team. My proudest moment was representing Israel as the coach for the National Youth Baseball team during the European Championships. With great honor comes great responsibility. Make no mistake representing your country should be taken with the utmost seriousness. We taught our team of 11 and 12 year old children that how you represent your country is what you will be remembered by not the medal or trophy that you might win. Character and integrity, not where you placed, are the lessons of sport.

Today you earned the respect of myself and my family and for that our door is always open to you and your family.

About the Author
Born and raised in a kosher home in rural America, he is the son of a ham salesman and his Grandpa Sam sold sheets to the Klan. Zaq was an IDF Lone Soldier and is the father to three Lone Soldiers. In 2011 Zaq wrote “They Are All Gone” for the HBO documentary “Sport in America: Our Defining Stories,” the personal impact of the murder of the 11Israeli Olympians at the 1972 Munich games (www.olympicchoices.org).
Related Topics
Related Posts
Comments