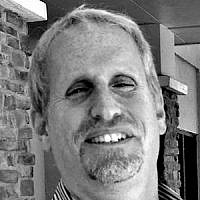 The Blogs
Bradd Boxman
Apply for a Blog
Please note that the posts on The Blogs are contributed by third parties. The opinions, facts and any media content in them are presented solely by the authors, and neither The Times of Israel nor its partners assume any responsibility for them. Please contact us in case of abuse. In case of abuse,
Report this post.

It is with great sadness and lament that I accuse the Israeli government of slapping me in the face. Yes, I realize that this is perhaps overly dramatic, but that is how I feel.

For 39 years, ever since my first visit to Israel in 1978, I have had a love affair with Israel, its history, its people, its land, and its potential. I have loved Israel as one loves his own flesh and blood.

I have lived there for extended periods of time, I have studied there often, and I have brought more than 250 congregants on pilgrimage as a Reform rabbi on over a dozen missions. I sat riveted to the TV in 1976 when Israel rescued our people at Entebbe and in 1991 when Iraqi Scud missiles landed in Tel Aviv, holding my breath as tears of joy and relief, celebration and grief, trickled down my cheeks. I cried like a baby when children were blown to smithereens at the Dolphinarium, when the innocent were slaughtered at Sbarro Pizza, when a Passover Seder was transformed into a Pesach massacre, and when buses were blown up at random. I traveled to Ariel and other areas of the West Bank during the height of the Intifada with fellow Reform Rabbis on a CCAR mission of mercy to be with our people as they licked their wounds and buried their dead.

But most of all, I along with my wife, raised our children to love Israel unconditionally. All three of my daughters have spent significant time in Israel, all three having studied on Kibbutz Tzuba as part of the Reform Movement’s E.I.E. High School in Israel Program and then again participating in college and gap year programs. They have led Birthright Trips and one even followed in my footsteps, beginning her Rabbinic studies at HUC-JIR in Jerusalem.

My wife and I even knowingly put our daughter in potential danger, allowing her to spend her semester on E.I.E. at the height of the Intifada in the spring of 2002. She insisted on going and the Reform movement, that liberal movement which is now reviled and vilified by Haredi politicians, continued to keep the program open when so many others closed them at great cost financially and emotionally.

Yes Mr. Prime Minister, I well know Israel is an imperfect country just like any other, but it is MY imperfect country, if not by natural birth or citizenship, then by BIRTHRIGHT, my right as a Jew to share in her destiny, to shoulder a share of her burdens, to basked in the glow of her blessings, and to labor zealously and passionately for her safety and security as well as for her limitless potential to live up to the ideals of her founding fathers and mothers, as declared in her Declaration of Independence and enshrined in the living waters of Torah.

Yes, I accuse the Israeli government of sabotage, cowardice, of sacrificing the sacred relationship with world Jewry on the altar of political expediency. You have given with one hand and taken with the other! Mr. Prime Minister you have mouthed the words, “One Wall for One People”, you have made promises you did not keep, and you have treated me as one who’s Judaism is illegitimate, perverse and unacceptable.

Well, I refuse to be treated as unacceptable, as second class, as the other, or even worse as the enemy. While my love for Israel is unconditional, my patience is not. I will continue to support Israel, but I will also work with all my fellow “untouchables” to backup my words of condemnation with actions that bring pressure to bear upon those responsible for creating this outrageous and egregious breach in the unity of Am Yisrael. Decisions have consequences Mr. Prime Minister, and those who are responsible will know that we liberal Jews who make up the vast majority of world Jewry, WILL NOT go quietly into the night. We will fight for our legitimate rights for the sake of the future of the Jewish people, the good of the State of Israel, and for the Zionist dream which has yet to be fulfilled.

L’ma-an Tzion Lo Acha-sheh…For Zion’s sake, I will not be silenced and for the sake of Jerusalem, I will not forget. (Isaiah 62:1)

Mr. Prime Minister, it is my fervent prayer that you too, will never forget and that you too will not remain silent, but will do what is good and right to preserve the unity of our people.

About the Author
Rabbi Bradd H. Boxman was born and raised in Philadelphia, PA. A member of the Central Conference of American Rabbis (CCAR), Rabbi Boxman is committed to five particular areas of his rabbinate: 1) to be in touch with the needs and desires of his congregation; 2) to function as a teacher and exemplar of Torah; 3) to devote a significant amount of time to issues of social justice; 4) to communicate effectively with his congregation by speaking honestly and passionately about issues of Jewish and social concern; and 5) above all else, to serve as a mensch: a role model of ethical behavior, moral integrity and compassionate loving kindness. Ordained at Hebrew Union College – Jewish Institute of Religion in Cincinnati, OH in 1986, Rabbi Boxman served as Rabbi for the Indianapolis Hebrew Congregation in Indianapolis, IN; the Hebrew Congregation of St. Thomas, U.S. Virgin Islands; at the United Jewish Center (UJC) in Danbury, CT, and Har Sinai Congregation in Owings Mills, MD. In addition to his rabbinic service, Rabbi Boxman served as adjunct professor of Jewish History at Western Connecticut State University and as chaplain to a variety of groups, including hospitals and the armed forces. He has been an active member of the communities in which he has served, especially in interfaith activities, and he has published several articles in The American Rabbi. Rabbi Boxman earned his Bachelor of Arts degree in Modern Languages at Villanova University, and minored in Christian Studies. He entered Hebrew Union College – Jewish Institute of Religion in Jerusalem and completed his rabbinical studies in Cincinnati while teaching at Wise Temple and Yavneh Day School. Rabbi Boxman’s student rabbi experience included two years at Temple Beth Shalom in Winter Haven, FL and he served as a civilian chaplain at Wright-Patterson Air Force Base in Dayton, OH. Rabbi Boxman has been married to Linda for 32 years. They have three daughters, Ariel, Talia and Ashira. Ariel was ordained at the Hebrew Union College in Cincinnati, OH in 2012 and now serves as a Rabbi/Educator at Temple Shalom in Dallas, Texas. Talia is completing her Masters as Educational Specialist (Ed.S) in School Physiology and Ashira is a Junior at Florida State University.
Related Topics
Related Posts
Comments