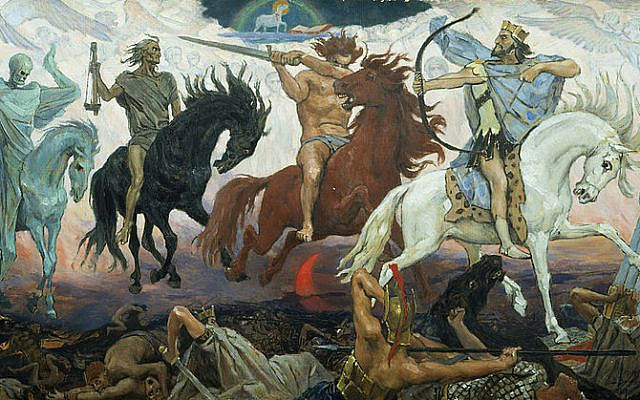 With nothing else to do, I have been watching a lot of television. I have just watched The Pale Horse, based on an Agatha Christie story first published in 1961.

In every scene, nearly all members of the cast are smoking cigarette after cigarette, and obviously enjoying it. This was certainly correct from a historical perspective; in 1961, over 80% of British men and 40% of British women smoked. However, the adult smoking rate in England is steadily declining and is now at a record low. Only some 15% of over 18s in the UK currently smoke. Over the last six years, the number of smokers has dropped by 1.6 million.

The Pale Horse, for which this series is named, is mentioned in Revelation 6:8 – the four horsemen of the Apocalypse where it is ridden by Death.

“And I looked, and behold, a pale horse! And its rider’s name was Death, and Hades followed him. And they were given authority over a fourth of the earth, to kill with sword and with famine and with pestilence and by wild beasts of the earth.”

This is especially appropriate for the smokers amongst us. In the UK alone, around 78,000 people die from smoking every year. Many more live with debilitating smoking-related illnesses. In the United States cigarette smoking kills more than 480,000 every year, including more than 41,000 non-smoker deaths resulting from exposure to second-hand smoke. Globally, tobacco kills more than 8 million people each year.

So why did the producers of The Pale Horse feel it necessary to make the series historically correct rather than keep to today’s politically correct view that smoking is a bad thing and should be banned? Why did they want younger viewers to see how “cool” smoking is?
A possible explanation is, of course, money. There are a lot of interested parties who would like smoking to stay with us.

The UK government raises some £12 billion in tax revenue on tobacco. If tobacco were to be banned, taxpayers would have to pay more to provide that same amount. Taxpayers are also voters and might turn on a government that put its hands even deeper in their pockets. And, what government would like its non-productive elderly citizens to live on to a ripe old age while drawing their state pensions; far better they should smoke themselves into an early grave.

And if you haven’t watched The Pale Horse, it was not one of Agatha Christie’s better stories. Even after reading an explanation of the plot I was left wondering who did what and why. Far better to read my Len Palmer Mysteries (e-books from Amazon); only the guns are smoking.