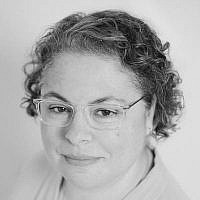 The Blogs
Melanie Levav
Founding executive director, Shomer Collective
Apply for a Blog
Advertisement
Please note that the posts on The Blogs are contributed by third parties. The opinions, facts and any media content in them are presented solely by the authors, and neither The Times of Israel nor its partners assume any responsibility for them. Please contact us in case of abuse. In case of abuse,
Report this post. 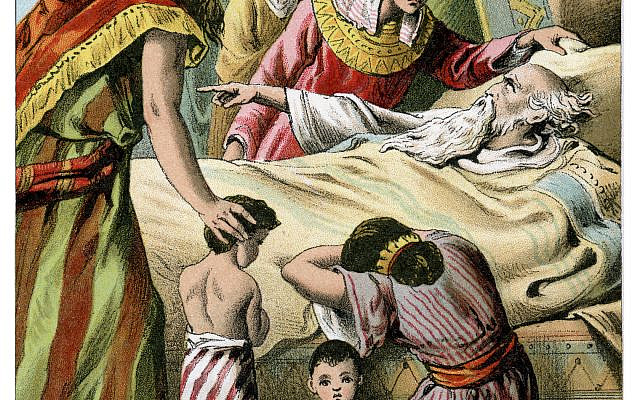 If you haven’t yet watched the opening episodes of ‘And Just Like That’, the sequel to ‘Sex and the City,’ consider this your spoiler alert.

The rebooted series is set post-pandemic, inviting viewers into the lives of (almost all of) the main characters of the original ‘Sex and the City’, who are now in their 50s. We see their wrinkles, their fillers, and their grey hair, as if looking in the mirror at how we GenXers now appear. We wince with them at the unwelcome surprises of failing health, and cry through the crisis brought on by sudden death. Losing her partner “Big” to a heart attack after a Peloton workout, Carrie is bereft. She struggles to plan his funeral, to cope with her friend Charlotte’s outsized expression of grief, and to accept help from her friends. And she strives to balance what she knew of Big’s wishes, “he wouldn’t have wanted flowers,” with her needs as a mourner, accepting her absent friend Samantha’s gift of a gorgeous floral arrangement covering the casket at the funeral. Complicating the grief viewers may feel in response to Big’s death is the appearance of Carrie’s friend Stanford Blatch, played by actor Willie Garson. Garson died just two months ago, in the middle of filming the series. The amount of death in what we assumed would be a fun return to characters and storylines we loved and missed feels almost too much to bear, as we approach almost two years since the beginning of the pandemic.

And yet, we can celebrate the show’s creative team in tackling such a tough topic, and welcome the opportunity to use our shock to recognize that talking more openly and more often about death might just help us live lives of greater meaning and connection. In reality, death is always present. It can happen at any moment, at any age or stage, no matter how much we exercise, how consistently we buckle our seatbelts, or how much we believe we have control over our lives. Talking about death requires courage, and the writers of this show demonstrate their bravery in inviting the viewers into the horrors and opportunities brought by death. Death happens. Just like that, sometimes.

“The fact of dying must be a major factor in our understand­ing of living. Yet only few of us have come face to face with death as a problem or a challenge. There is a slowness, a delay, a neglect on our part to think about it. For the subject is not exciting, but rather strange and shocking.”

Big’s death is shocking. As was Willie Garson’s. As are most deaths we experience. Indeed, the writers of ‘And Just Like That’ remind us in Miranda and Steve’s voices, “death sucks.”

Even when we know death is near, the reality of the finality can be unmooring. Heschel continued,

“What characterizes modern man’s attitude toward death is escapism, disregard of its harsh reality, even a tendency to ob­literate grief. He is entering, however, a new age of search for meaning of existence, and all cardinal issues will have to be faced.”

How can watching Carrie and crew begin to process Big’s death help us to live lives of deeper meaning and connection? What have we learned by living through this pandemic, witnessing death in new ways that can support our search for greater meaning in life?

Big’s death in “And Just Like That” is a stark contrast from the death of our patriarch Jacob in this week’s Torah portion, Vayechi. “And Jacob lived,” the portion opens, detailing the number of years he lived in Egypt and the total sum of his years of life. We read of Jacob gathering his family around him on his deathbed, starting with his beloved son Joseph, asking Joseph to vow that he won’t bury his father in Egypt, but rather bury him with his own ancestors. Unlike Big, Jacob knows his death is near, and takes steps to plan for it.

After receiving Jacob’s burial instructions, Joseph brings his own sons, Menashe and Ephraim, to visit their ailing grandfather, and Jacob blesses them with the beautiful words of Genesis 48:16, calling on

“The angel who has redeemed me from all harm [to] bless the lads. In them may my name be recalled, and the names of my fathers Abraham and Isaac, and may they grow in multitudes upon the earth.”

The legacy of this blessing is that Jacob’s words to his grandchildren, ‘Hamalach hago’el oti’ — may the angel who has protected me, continue to protect you — are included as part of the traditional liturgy recited at bedtime by parents with their young children, bringing Jacob’s deathbed blessing into daily prayers asking for God’s protection throughout the generations.

Jacob then gathers the rest of his sons and addresses each, so he can be sure to have his say. He takes his final breath and is gathered with his ancestors, as he requested. It is a blessing for Jacob and his family to have his wishes expressed and fulfilled.

In our annual reading of this story, we are invited into an ancient conversation about how we can live well in the face of mortality, communicating our wishes, expressing regrets, and offering blessings. Close readers will recognize that this process is far from neat, as Jacob’s address to each of his sons can also be read as an attempt to resolve his feelings of guilt over his shortcomings as a parent earlier in their lives. The work of dying well is messy. And yet, Big’s death is a purposeful reminder that not all of us will get to have the kind of end that Jacob has. Having conversations about death and dying early and often, while we are well, is essential,  acknowledging the blessing that our end is still ahead of us.

For those of us still reeling from the shock of Big’s death in ‘And Just Like That’, perhaps the fact of it airing as we read of Jacob’s death this week can serve to remind us of the wisdom to be found in our traditions. The solace to be found in turning to our sacred stories in our time of grief, recognizing, as the rabbis said in Mishnah Avot, that when we turn it and turn it again, referring to the foundational story of our people, Torah, we may just find what we need.

About the Author
Rabbi Melanie Levav is the founding Executive Director of the Shomer Collective, powered by Natan, a new initiative designed to empower individuals, families, and institutions to improve end-of-life experiences, inspired by Jewish wisdom. Melanie is a board-certified chaplain, a licensed social worker, and a rabbi with more than two decades of leadership experience in the American Jewish community.
Related Topics
Related Posts
Comments