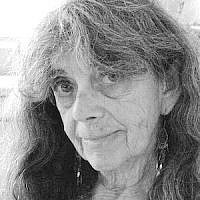 The Blogs
Lois Michal Unger
Apply for a Blog
Advertisement
Please note that the posts on The Blogs are contributed by third parties. The opinions, facts and any media content in them are presented solely by the authors, and neither The Times of Israel nor its partners assume any responsibility for them. Please contact us in case of abuse. In case of abuse,
Report this post.

This week’s Torah Parasha (portion of the Torah read on Shabbat) contains a momentous sentence. Well, the whole Torah is momentous but for me this sentence stands out: ‘And there rose up a new king over Egypt who knew not Joseph’. I think that in that sentence lies all the history of the Jews in foreign countries. We’re invited in or we tumble in. We contribute to the country, some of us rise high and then the country turns on us. Examples: Spain, Russia, Poland, Western Europe, Germany.

People say it can’t happen in the United States because the country is so diverse culturally. Who knows? I heard something on IBA News in English last week that shocked me. A man, I think he was a lawyer, said that there’s now a law that if someone has relatives in Israel he/she can’t get clearance for a top security job. Anyone doubt me – research it, prove me wrong. Actually, I did research before posting this article and found that a Jewish dentist who had been practicing part time at a naval clinic in upstate New York was fired and told his security clearance was denied because he has relatives living in Israel.

Joseph arose from being a prisoner in an Egyptian jail to being second to Pharoh. He brought his family down from Canaan. They were given good land and they thrived. They intermingled with the Egyptians, adored Egyptian culture.

And then, a king arose who was suspicious of them, who forgot or chose to forget how Joseph’s smart planning saved them from famine and even made Egypt a country that sold food to neighboring countries during the famine that swept through the Middle East. ‘And there rose up a new king over Egypt who knew not Joseph’. And in the flash of an eye, we were slaves.

A couple of hundred years passed. Hashem (G-d) saved us, Moses led us back to the land He, G-d had promised to our forefathers, Avraham, Itzak and Jacob.

The rest is history. We are living it now.

About the Author
Born in the U.S., Lois Michal Unger made aliya in 1982. She is a well known poet in Israel and internationally. She is the author of 7 books including, White Rain in Jerusalem, The Glass Lies Shattered All Around and How Country Music Helped Me to Make Aliya, a novella. Her poems have been published in The Jerusalem Post as well as many literary magazines throughout the world. Her work and has been translated into Hebrew, Italian, Russian and Hungarian. Before making aliya she wrote a recipe column for the Chronicle newspaper in Vermont. Her latest book Back to Back: Two Poets Living Under One Roof is co-authored with her husband Elazar.
Related Topics
Related Posts
Comments