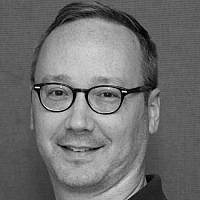 The Blogs
Ed Stelzer
Apply for a Blog
Advertisement
Please note that the posts on The Blogs are contributed by third parties. The opinions, facts and any media content in them are presented solely by the authors, and neither The Times of Israel nor its partners assume any responsibility for them. Please contact us in case of abuse. In case of abuse,
Report this post. 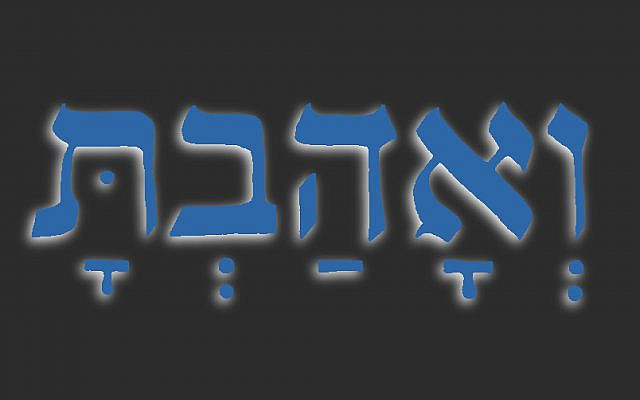 At Yizkor, a son contemplates the loss of his mother this pandemic year and his father forty years ago.

I’ve always been mystified by those mitzvot in the Torah that seem to mandate a certain kind of feeling. Among them: Lo Tachmod, “You shall not covet” … v’Samachta b’chagecha, “you shall rejoice on your holiday” … and v’Ahavta et Hash-m Elo-kecha, “you shall love Hash-m your G-d.” There are a few others.

I can understand commanding certain actions – or, for that matter, inaction: eat kosher or do not eat treyf, remember the Shabbos and keep it holy, etc. But feelings? Feelings, to me, are something entirely different. Don’t feelings just happen? And, if so, requiring a particular emotional response in a specific context seems perhaps among the most difficult of mitzvot.

Here we are at the New Year and, as I say Yizkor over these chagim, I wonder, as I have for the last forty years, how should I be feeling at this moment?

Feelings … Nothing More Than Feelings

My father, Avraham ben Yaakov a”h, passed away when I was a boy and, every year since, I have honored his memory by, among other things, saying kaddish on his Yahrtzeit and reciting Yizkor four times a year. However, I often felt like I was doing these predesignated memorial moments “wrong” or like something was missing.

Yahrtzeits, in particular, were always about rushing to get things done: make it to shul on time three times a day, daven for the amud, light a candle, learn Torah, go to the cemetery, run, run, run. It was always about “checking boxes,” so much so that there was very little time or space left to feel anything. One feeling I did have was relief at the end of the day when everything was done and I had fulfilled my obligations as my father’s only son. That all seemed incongruous to me.

For many years at Yizkor, I was the youngest person left in the room after most of the congregation filed out, which was the custom in my shul growing up. I would subtly look away as people left, enviously wishing that I too could be “let out” for the noisy ten-minute break that seemed then like the only fun people had on Yom Kippur. I remember vividly feeling the glare and the “nebach-sympathy” from the “old people” who remained for those few minutes in a half-empty sanctuary as the old-world chazan slammed the bimah and called out “Yizkor ….” The only place I didn’t want to be at that moment was right there.

Over the years since my father’s passing, I realized that feelings would emerge on their own schedule; sometimes, at inconvenient moments like right when I would be delivering divrei bracha to my children at their bar or bat mitzvahs. Or when I’d come across an old photograph on my phone or, perhaps, as I’d find myself in a place that elicited a long-forgotten memory.

Those feelings are the echoes of love that remain no matter how long ago my father left this earth. And this past year, I’ve been experiencing new, fresh echoes – strong as drumbeats really – as my mother, Lucy, Leah bat Noach a”h, passed away last October.

New tears form as I remember the morning when I received “the call.” I had just talked to my mom the night before. She wasn’t feeling well, and we spoke briefly. My brother-in-law called me the next day, and my delight in hearing from him had quickly turned into the realization that he was phoning with the worst of news. A few days later, my mother was called to her eternal rest on Shemini Atzeret.

I know that my family and I are not alone in experiencing a deep, searing loss in this pandemic year. Our tears join millions of others as we experience our own echoes of love that imprint on our hearts now and forever.

Heavenly Love
As I contemplate these singular and collective reflections of love, I think about the ultimate love – that with the One Above.

Twice a day, in the Shema, we remind ourselves of the commandment to love G-d with all of our hearts and all of our souls. (v’Ahavta et Hash-m Elo-kecha b’chol levavcha u’ v’chol nafshecha). Meaningfully for me, R. Joseph B. Soloveitchik analogizes the love of G-d to the love of a mother for her child.

What is the “secret” to the love of G-d? asks the Rav. “Love, which asserts itself in a feeling of possessiveness, of inseparability from the beloved” no matter what state one may find themselves in a given moment.[1]⁠

Looking at the parent-child relationship, even after a child’s birth, “which entails complete separation from the mother,” “the bond of unity between mother and child is not weakened … on the contrary, it is strengthened and becomes indissoluble.” Why? Because to the parent, the child “attains centrality; the mother’s life revolves about her child. She sees herself in him, she lives for him and lets him not only share her personal existence but also absorb it.” Parent-child love is thus, says the Rav, a “oneness of existence.”

We love G-d in the same way, as our existence is intricately bound up with, and defined by, our oneness with the Shechinah. Offers the Rav, citing Rabbeinu Bachya: “love for G-d comes about because man is part of G-d. G-d has, as it were, moved into man and dwells therein. B’chol levavcha means that you must love G-d with all your heart because your heartbeat is not your own: it belongs to G-d. The breath of G-d was blown into man – when man breathes, he breathes the breath of G-d.”[2]

Building on R. Soloveitchik’s exposition, I’d like to suggest that when the Torah says you shall love Hashem with all your heart, it is not a command but a statement of fact. The pasuk should not be read as you shall love Hash-m, but rather, and you will love Hash-m – definitionally – because Hash-m is a vital part of who you are. This love comes about always because your existence is integrated into the Oneness of Hash-m and your heart thus has no choice but to love G-d fully – even in those moments when those feelings may be somewhere below the surface.

And so, the same can be said of earthly love between a parent and a child: mothers and fathers unconditionally hold a part of their children within them, and children, by definition, are part of their parents. That love between mothers and fathers and daughters and sons – like between a person and G-d – is ever-present and eternal. Even if that lasting love is not expressed in a particular sentiment or feeling in a particular moment, it is indissoluble and central to our very existence. That love just is.

And when it comes to my own mother, my love for her – once and always – just is.

The Centrality of a Mother
As a parent myself now, I cannot help but reflect on the parent-child relationship from the other side. During Shiva for my mother, I think the full magnitude finally hit me of all she did for me and my sisters (and later our children) from the moment we were born to her last breath.

I marvel at her resilience and how her life was defined by her itinerant childhood, as she fought to survive, hand-in-hand with her mother, trekking out of a Polish labor camp, across Stalin’s Russia, stealing away for her teen years to Australia and eventually to Brooklyn where she met my dad. And my adult mind can still not quite comprehend how, after my father’s sudden passing, my mom had to – and did – become mother, father, and everything else to my sisters and me overnight. She modeled for us that there is always a way through life’s darkest tunnels, and somehow, she did it with a smile.

Especially over this past year of saying kaddish, I have seen and felt my mother in so many ordinary and extraordinary moments. When I help my children with their schoolwork, I remember how she sat patiently with me so many years ago the night before an exam, teaching me and helping me to stay awake with my first cup of instant coffee. I see her artistic talents shine through the generations in the brushstrokes of my daughter’s paintings. I recall her generosity of spirit, when my children would admire some bauble of hers, and with simple, grandmaternal love, she would say, “you like it? It’s yours.” I realized in going through her things recently, that she and I both seem to have collected hundreds of books over the years (the old-fashioned kind, not the digital version which she could never grasp), and we also share the habit of filling up notebooks halfway and then moving on to the next. And I always smile as I recall how, when she first met my now-wife, my mother turned to me and whispered, “I hope she’s the one.”

These are just a few points of light that dot the arc of a life well-lived and well-loved. I can remember a thousand more. Though my mom is gone from my everyday existence, that bond between us is eternal and, to use R. Soloveitchik’s word, indissoluble.

There is no question that having a set day for remembering is essential. But, to me, when emotions emerge from those echoes of love – and, after forty years, I can tell you that they always do – I try to stay with them as much as I can, whether this happens at Yizkor or on a Yahrtzeit or on a Tuesday. When the Torah says that you will love b’chol levavcha u’ v’chol nafshecha, I believe that your heart and soul know exactly what they’re doing. They will bring back those memories and feelings of love when they want to. Give in. Let them take you where they want you to go.

Personally, one memory will forever stand out above most, and that was, unknowingly at the time, my final good-bye to my mother. Even though it was a short call, and we didn’t talk about much at all, it ended as every call or departure had for the prior many years: “I love you, Mommy.”

About the Author
Ed Stelzer lives in New Jersey and is a husband and proud father of three daughters and one son.
Related Topics
Related Posts
Comments