Thanks to my solid Jewish education, ever since I was a child I cherished the concept of “Hakarat Hatov” – The Recognition of Goodness.

This has led me to establish the Raoul Wallenberg Foundation and seek acknowledgement for those who made a difference.

Decades of research have exposed me to the “larger-than-life” women and men who reached out to the victims of the Nazi persecution, the Armenian Genocide and other calamities throughout history. I have decided to dedicate my blogs to these noble people.

Today’s blog celebrates that life and awe-inspiring feats of one of these heroes, who passed away 56 years ago, on February 1, 1965: Monsignor Angelo Rotta. 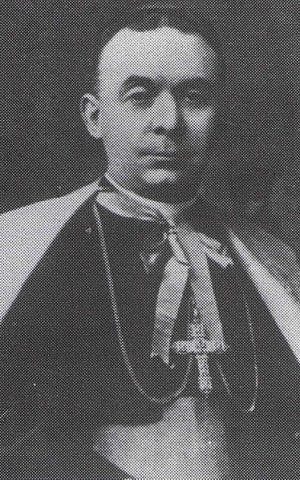 Born in Milan, on August 9, 1872, he was ordained as a priest in 1895 and became Bishop on November 1, 1922. His first diplomatic assignment was in Panama as Apostolic Internuncio to Central America, followed by a post in the Vatican diplomatic corps, in Sofia, Bulgaria, where he started to display his sensitivity towards the plight of the persecuted Jews by issuing forged baptismal certificates and visas for Jews to travel to Palestine.

In the years 1944 and 1945, he was the Papal Nuncio in Budapest and Dean of the Diplomatic Corps in the Hungarian capital.

Unlike his superior, Pope Pius XII, Rotta opted for the path of outspoken diplomacy. In this context, he co-signed open letters of protest sent by representatives of the neutral states, calling for the end of the deportations and demanding from the governments of Miklos Horthy and Ferenc Salazy to protect the Jewish children.

He went further by eventually issuing, with the help of his assistant Gennaro Verolino, more than 15,000 safe-conduct certificates to Jews, which granted Vatican protection to their holders. He also issued similar documents to Jews in labour camps, at deportation centres and on death marches. He personally set-up numerous safe houses throughout Budapest and collaborated with other neutral diplomats, such as the Swedish Raoul Wallenberg, the Swiss Carl Lutz and Friedrich Born, as well as the Italo-Spanish Georgio Perlasca and the Spanish Angel Sanz Briz

In October 1944, the local henchmen of the Nazis, the Arrow Cross gangs, started intensifying the killings of Jews in the streets of Budapest.

Consequently, Angelo Rotta took the initiative of establishing an “International Ghetto”, made of tens of modern buildings which eventually housed some twenty-five thousand Jews and on which the Vatican, Swedish, Swiss, Portuguese and Spanish emblems and flags were affixed, thus granting protection to the Ghetto’s residents.

In his book “The Righteous – the Unsung Heroes of the Holocaust“, the late renowned British historian, Sir Martin Gilbert relates how Monsignor Rotta, in an effort to curb the deportations to Austria, “obtained permission from the Vatican to issue protective passes to Jewish converts to Catholicism. Eventually, he was to issue more than fifteen thousand such passes, instructing his staff not to examine the credential of the recipients too closely. Rotta also encouraged other church leaders in Budapest to help their ‘Jewish brothers’“.

Sir Martin further states, “Among his compassionate acts was an instruction to one of his priests, Tibor Baranszky, to approach the Jews on the forced marches and distribute letters of immunity to as many of them as possible, in order to save them“.

I had the privilege of chatting with the late Tibor Baranski (that is how he spelt his family name) and heard his account first hand.

As a young man, Baranski pursued his studies at a religious seminar, with the intention of becoming a priest. One day, he decided he should meet the Nuncio and thanks to his resourcefulness, he managed to talk his way into Rotta’s residence and persuaded him to give him papers that would allow some Jewish friends to flee Hungary. The Nuncio was so impressed by this young man that he recruited him to try saving other Jews. In a matter of 9 weeks, before the Soviets took over Budapest, Baranski played a key role in the rescue of more than 3,000 Jews and was recognized as Righteous Among the Nations in 1979.

In 2015, the Wallenberg Foundation commissioned a commemorative Israeli stamp, bearing his semblance and name. Baranski was still alive then and he expressed to me his deep emotion when he received the stamps. 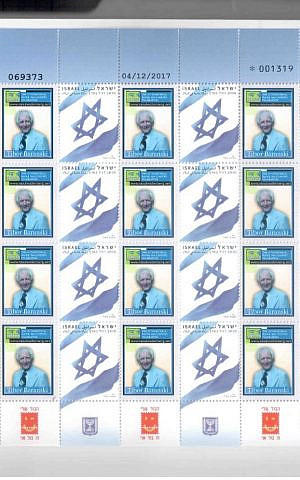 According to the same author, Rotta acquiesced to a request by Sandor Ujvari, a Red Cross official, to provide him with blank safe-conducts signed by the Nuncio to be distributed amongst those Jews on the forced march between Budapest and Hegyeshalom. Sir Martin adds that the same Ujvari admitted to Rotta that he was using forged identity cards and baptismal certificates and according to the former, the Nuncio’s reply was: “What you are doing, my son, is pleasing to God and to Jesus, because you are saving innocent people. I give you absolution in advance. Continue your work to the honour of God“.

Another book,  “Hungarian Jewry and the Papacy“, edited by Jeno Levai, tells us that following Ujvari’s request and admission, Rotta ordered his secretary to issue “a pile of ready-stamped blank letters of safe conduct and the necessary authorization for Ujvari”

On July 16, 1997, Angelo Rotta was recognized as Righteous Among the Nations. His loyal secretary, Monsignor Gennaro Verolino was bestowed with the same title 10 years later, on April 30, 2007.

Monsignor Angelo Rotta reminds me of his colleague, another angel, Angelo Roncalli (later Pope John XXIII), who at the same time, was the Nuncio in Istanbul. Both “angels” cooperated in the quest to save innocent lives.

May the memory of these angels be blessed.