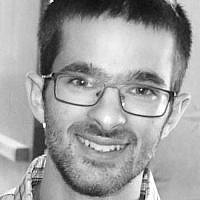 The Blogs
Moshe Kwiat
Apply for a Blog
Please note that the posts on The Blogs are contributed by third parties. The opinions, facts and any media content in them are presented solely by the authors, and neither The Times of Israel nor its partners assume any responsibility for them. Please contact us in case of abuse. In case of abuse,
Report this post.

Plenty of ink and pixels have been spilled about the future of Israeli-Jordanian relations if Israel goes ahead and annexes (applies sovereignty) to parts of the West Bank (Judea & Samaria). Here I summarize the background of the issue and predict different scenarios, with the key date of July 1st rapidly approaching.

Background – Control of the West Bank

Following Israel’s War of Independence in 1948, Jordan controlled East Jerusalem and the West Bank and subsequently annexed the territory in 1950. Those living in the territory were granted Jordanian citizenship, significantly increasing Jordan’s population.[1]

In the Six Day War in 1967, Jordan lost control of the West Bank and East Jerusalem to Israel. Israel decided to annex East Jerusalem. Jordan did not give up its claim to the West Bank until 1988, when it relinquished these claims to the Palestinian Liberation Organization.[2]

Historically, the relations between Israel and Jordan were not as venomous as the relations Israel had with its other Arab neighbors. There were back-channels between the two countries, and Israel was instrumental in warning Jordan about plots by the United Arab Republic to assassinate the king in 1957-8[3]. In addition, there were high level secret meetings between the countries, including meetings between foreign minister Golda Meir and King Hussein in 1965. The relations were mainly regarding security cooperation against common enemies, including the PLO and Egypt under Nasser. However, this did not prevent Jordan from participating in the Six Day War.[4]

Following the Six Day War, Jordan sought to regain its lost territory and reach a peace agreement with Israel. But for various reasons, this desire did not crystallize.[5]

In the early 1990s, Jordan opened up to the possibility of signing a peace deal with Israel, but King Hussein refused to act before a breakthrough in Israeli-Palestinian relations. Following Israel and the PLO signing on the Declaration of Principles in September 1993, Israel and Jordan signed a memorandum of understanding in July 1994 and completed a peace treaty by October 1994.[6] The peace treaty included important assistance for Jordan, including water supply. Israel has in fact supplied a greater quantity than required by the treaty.[7]

In addition, the two countries enjoy economic relations, though bilateral trade is insignificant. For Jordan, Israel is not a major export market.[8]

The peace treaty between Israel and Jordan has not been without challenges. One of the low points in the nearly 26 years since the signing of the peace treaty was in 1997, when Israel attempted to assassinate Hamas political leader Khaled Masha’al. King Hussein expelled Israeli diplomats and threatened to break off relations with Israel. The threat was perceived to be real and Israel gave in to the King’s demands, releasing Hamas spiritual leader and founder Sheik Ahmed Yassin from prison.[9] Other low points include the summer of 2017, when Israeli security personnel at the embassy in Amman killed two Jordanian civilians and Israel had installed metal detectors at the entrance to the Temple Mount.[10]

When discussing possible Jordanian responses to annexation, King Abdullah II stated, “If Israel really annexes the West Bank in July, it would lead to a massive conflict with the Hashemite Kingdom of Jordan… I don’t want to make threats and create a loggerheads atmosphere, but we are considering all options.”[11] More recently, he has commented that annexation “undermines the prospects of achieving peace and stability in the region.”[12] Furthermore, it was reported that the Jordanian Ambassador to Israel, Ghassan Majali, has warned that annexation could result in him being recalled to Jordan.[13]

It is of note that Israel-Jordan relations have long been linked to relations between Israel and the Palestinians. As documented by Lior Lehrs, improvements in Israeli-Palestinian relations have led to improvement in Israel-Jordan relations. On the flip side, when the Israeli-Palestinian conflict sours, so do Israel-Jordan relations.[14] Recently, the 25th anniversary of the peace treaty was marred by Jordan not agreeing to renew Israel’s lease of agricultural lands inside Jordan.[15] In addition, in November 2019, King Abdullah II noted that Israeli-Jordanian relations were at “an all-time low” due to bilateral issues.[16] This statement came a few months after PM Netanyahu’s announcement of his intention to annex the Jordan Valley.[17] Though this correlation does not definitely point to causation, it is impossible to ignore the timing.

A key component in Israel-Jordan relations is security cooperation. Both states see Palestinian nationalism as a threat, as well as Islamic radicalism. Israel sees Jordan as part of its strategic depth against threats from Iraq, Iran, and Syria. From the Jordanian side, Israel has been instrumental in passing on important intelligence regarding threats to the kingdom.[18] As this intelligence cooperation predates the peace treaty (as discussed above), it will likely continue no matter what.

Another factor involved is the United States’ relations with Jordan. As evidenced by other foreign policy decisions made by the Trump administration, cutting off this aid is not out of the question, should Jordan oppose US policy. In 2019, the United States granted $1.2 billion of military and economic aid to Jordan, a substantial sum that Jordan cannot risk losing.[19] In addition, the two countries have a free-trade agreement.[20]

A prime concern for King Abdullah II is the stability of his regime. Due to internal pressures, he may very well be forced to respond more harshly then previous steps taken against Israel (e.g. recalling the Jordanian ambassador to Israel).

If Israel annexes the Jordan Valley and other parts of the West Bank, the following are the potential responses by Jordan:

[11] Koelbl, Susanne, and Maximilian Popp. “The Danger of People Starving to Death Is Greater than the Danger from the Virus”. Spiegel International 15 May 2020.

[13] TOI Staff. “Jordanian ambassador said to warn he could be recalled if annexation goes ahead” Times of Israel. 24 June 2020.

[18] Krasna, Joshua. “The Jordan-Israel Peace Treaty at 25: A Slightly Tarnished, but Still Important, Silver Anniversary” The Jerusalem Institute for Strategy and Security. 20 June 2019.

About the Author
After serving as a Lieutenant in COGAT in the IDF, Moshe is studying for his BA in International Relations and Middle Eastern studies at Hebrew University and is an aspiring geopolitical analyst.
Related Topics
Related Posts
Comments