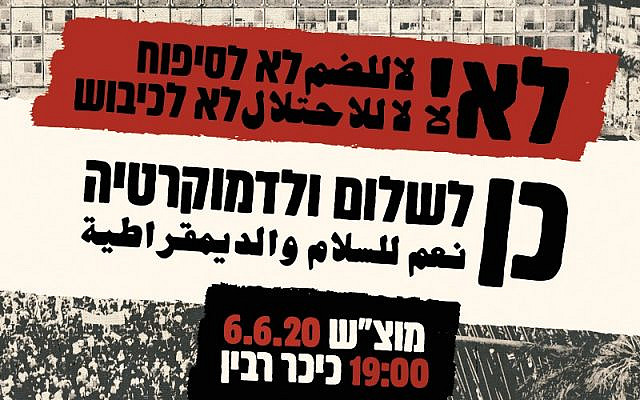 In the Torah portion being read in Israel (Beha’aloteckha. Abroad Naso is being read. I addressed Shavuot and Naso in my dvar Torah last week), we are famously taught, “There shall be one law for you, whether for ger (the non-Jew living among you), or a citizen of the Land.” (Numbers 9:14). The requirement that there be “one law” is stated here in the context of the person living among us who wants to offer a Passover sacrifice. Many commentators such as Rashi assume that the ger is a convert to Judaism. Wouldn’t it be obvious that, as a Jew, he must offer it according to the same laws as any other Jew. This actually indicates that the Torah was referring to a non-Jew. Today, this verse sums up the broader ethos that there must not be double standards, or different laws for different groups of people.

In our haftarah, we have the sentence equally well known verse, most associated with Khanukah – “Not by might and not by power, but by My Spirit says Adonai of hosts.” (Zekhariah 4:6)

On the eve of the major demonstration against annexation to take place tomorrow night in Rabin square in Tel Aviv (despite police efforts to prevent it) these two verses sum up very well what the Occupation is not.

There is no equality under the Occupation.  Palestinians are subject to laws undemocratically imposed upon them.  If one argues, “Of course they can’t vote. They are an enemy population,” that is what international law regarding occupation comes to address.  The playing field is to be evened a bit through restrictions of the autonomous sovereignty of the occupying power. However, Israel neither grants democratic rights to Palestinians, nor honors the protections they are afforded by international law. The Sumarin family, whose struggle against Keren Kayemet-Jewish National Fund attempts to evict them I have written about extensively in recent weeks are in their predicament because of the Israeli Absentee Property Law imposed upon them, and then implemented in a way that even the Israeli government eventually admitted was wrong.

Some argue that annexation will only make official what is already the reality.  That is partially true. Everything I have spoken about so far already taking place. There could even be situations where it will be harder to justify the current reality in which separate and unequal laws govern the master Israelis and the subjugated Palestinians.  However, as unequal as the situation is now, I suspect that annexation unilaterally imposed through might and power, will only further human rights violations and the ability of the State to impose unjust double standards.  Laws like the Absentee Property Law will very likely be resurrected, leading to widespread dispossession, oppression, and human suffering.

Ultimately, it is the Occupation that must end. Annexation, or any other solution imposed by force in which we continue to rule over another people, is of course just a continuation of occupation.  It doesn’t matter whether annexation will make things better or worse. Occupation will always be might and power. It will never be one law for us and for the non-Jews living among us.

Let me explain a little further about the current reality by telling you about an Israeli army official I am occasionally in touch with about illegal settler building.  As a human rights defender, I accept the interpretation of international law that settlements are illegal by definition. Outposts and many other things settlers build are also illegal even according to Israeli Occupation law.  However, it is not in the mandate of human rights NGOs to advocate for any one political solution. That is why we don’t focus on trying to remove settlements. My NGO, Torat Tzedek, can only participate in tomorrow’s demonstration because the emphasis is opposition to Occupation and unilateral annexation, and for peace and democracy.  (And I will arrive quite late, only leaving Jerusalem after Shabbat ends.) It is in our mandate to oppose settlements when a settlement or outpost oppress Palestinians more directly—when it is located on private Palestinian land, Palestinian access to their lands is prevented in the name of defending the settlement, the settlement or outpost serves as a base for violence and expulsion, etc.

This officer first contacted me after I reported about the road the settlers of the “Malakhei HaShalom” outpost had built illegally through an army live fire practice zone.  This was not a unique occurrence, but this particular road is part of the strategy of the settlers to push the Bedouin of Rashash out of the lands where they have grazed their flocks with the tacit approval of the army for over thirty years, until the outpost was set up.

This officer is better than many. He takes seriously his obligation to enforce the law against settlers.  However, at a certain point he asked me, “You are only concerned with (illegal) Jewish building?… Be objective regarding both sides.” What can be wrong with that?  “One law.” However, one law, unilaterally imposed by Israelis on Palestinians on an uneven playing field, is neither truly one law, nor is it justice. I answered,

“I admit that I don’t think that according to international law one can equate Israelis living over the Green Line and a population that is protected according to international law, that can’t vote for the Knesset that determines the laws imposed on them, that isn’t represented on the committee that decides where they can build, or among the judges that it can appeal to.

There is almost no possibility for a Palestinian to successfully submit a building plan.  Without a building plan, there are no building permits.  We appealed to the Israeli High Court to return planning authority to Palestinians for their communities (and restore the planning committees that we abolished in 1971). The High Court agreed that there was a problem, but said that they would not change arrangements that had been in place for so long.  They demanded that the relevant authorities submit a progress report after three years regarding the ability of Palestinians to build legally.  That report should have been submitted in 2018. As far as we know, that report still hasn’t been written. Even the “new procedure” that the State promised the High Court they would implement in order to improve the situation (and we warned at the time wouldn’t really change anything  A.A.) was never actually implemented. …Yes, as long as Israel is responsible for the Occupied Territories, it must ensure that there is law and order for the good of all. However, that must truly be for the good of all. (And, according to the Hague Conventions, there are many civilian matters, such as building and zoning, that the occupying power is to leave in the hands of the occupied people. A.A.)

I don’t actually spend a lot of time thinking about settlers building. The NGOs I have led for 25 years have almost never been involved with the question of what Jews are building-only when that building causes particularly egregious harm to Palestinians. In this case the attempted takeover (the road leads to a new outpost and helps dominate a huge area. A.A.), and the takeover is being implemented not only by building, has greatly reduced the pasture lands that the Bedouin used with the tacit agreement of the army for over 30 years…

I will also add that the NGOs I have led always fought violations of Jewish human rights-particularly of Jews living in poverty. I am writing to you while on a Zoom meeting regarding public housing. I have been fighting for public housing since 2010 thank God with some success…

I understand that your job is to enforce the law as the State of Israel unilaterally defines it, and it isn’t your job to get into questions of whether the law is just…. In the occupied area a Palestinian does not have the same ability to legally build, as does a Jew.”

In the end I also mentioned, that even if Israel doesn’t accept the notion that according to international law “State land” (much of which is private Palestinian land that Israel declared “State Land.” Is to be for the use of the occupied people, there should be at least a fair division. In reality, less than 1% of the State Land being utilized is for Palestinian use, and over 99% is for Israeli use.

The officer did eventually see to it that the road was blocked. However, just this last week I sent a video clip as I drove up and down the road. There was no remaining trace of the block.  I also sent him a picture of another rebuilt settler structure, preventing the shepherds of Uja from accessing the lands they have grazed on, even after being forced to move into the Jordan Valley after the  Kokhav HaShakhar settlement was built.

He did ask for more information but the army’s “Civil Administration” was also seen a few days later taking pictures of the Bedouin community of over 30 years.  He knows that when he demolishes something built by settlers, there ought to be a quid pro quo – demolishing something belonging to Palestinians.  His “one law” means that, even when there is not one law in terms of being able to build, there is one law in terms of demolishing that which is built without a permit. The fact is that community after community of Bedouin have received orders in recent weeks. These orders will lead to demolition and expulsion. If we aren’t able to stop this, vast areas will be cleared of Bedouin presence. Even if some outposts built without permits are demolished, the settlements that were able to exploit the unequal system to get permits, will remain.  At least the currently threatened communities are in a better position than the recently evicted family of Haj Eid, who claims that his family was expelled without warning. Expensive equipment was confiscated. The bottom line, is that the entire system of building permits doesn’t allow for the Bedouin lifestyle of living in summer and winter locations. Why would one expect anything different, when people have no input into the laws that govern them?

This is just one little taste from this week of how Occupation is the complete opposite of one law for all, imposed through might and power. This week I also dealt with the settlers of Mevuot Yerikho in the Jordan Valley utilizing their recently greatly expanded borders to surround a huge area of land, including Bedouin homes, with a new road.

Saturday night we will demonstrate against annexation. But, that isn’t enough. Even as we live in a reality where power is essential for survival, we must strive to build a world in which our relations with others are not based on might and power, but on God’s Spirit.  In that world, we will cherish our different cultures, while treating each other equally.