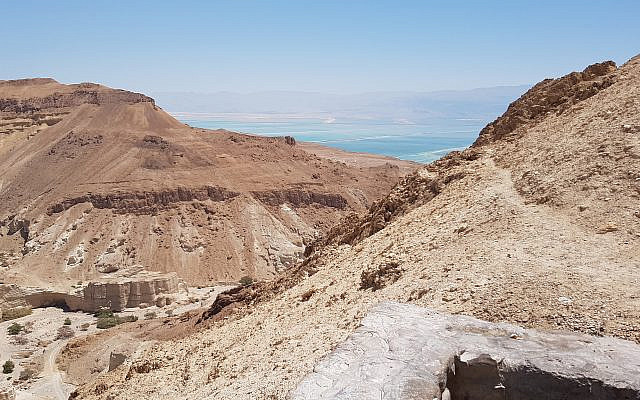 Israel’s 35th Knesset majority has decided to move on an unilateral path of annexing ~30% of the West Bank. So now what?

The push, spearheaded by PM Netanyahu in the path of the unilateral US peace proposal – is since long the final nail in the coffin for a two-state solution.

The annexation of the Jordan valley can be done as early as in the beginning of July. In reality – not much will change on the ground. Jericho will be surrounded along with some other Bantustans, except that life will go on as normal. I’ve travelled the Jordan valley road multiple times – it’s already under full Israeli control. An annexation is more or less purely a symbolical move by the Likud and parts of Blue & White.

There will be some unrest, some minor war perhaps. That’s stuff Israel will handle as usual – with or without Fatah’s withdrawal from all security cooperation agreements. Cynical – absolutely, but this is the world we chose live in. A democratic world for the privileged where Benny Gantz abandoned his votes and gave them to Netanyahu.

So how do Israel handle the fallout? Will the less privileged people living in the West Bank receive any civil rights, freedom of travel or even Israeli citizenship? Haviv Retig-Gur, a respected and down-to-earth journalist said he asked a plethora of Israeli policy makers on how to approach this. Not a single one looked him in the eyes and gave him a straight answer. Because not one is willing to take responsibility – the goal is to annex land, not people. Definetely not people who has been subjected to 53 years of occupation and are then expected to do a complete turn-around and become loyal citizens of Israel. There is already a ~20% Arab minority in Israel who are pursuing complete equality across the spectrum. Especially the well-educated in the mid- to northern parts of the country.

Let us then play with the idea that the annexation happens on 4th of July. What will the international fallout look like? I’m sorry to say – but many Israelis tend to overlook this as a minor dilemma that can be shrugged off the shoulder. I disagree with Haviv and other political analysts in this case.

First of all Israel might not care much about the EU, yet it wants to portray itself as a European country in many aspects. The 16 wealthiest nations of the EU has already strongly urged not to move forward with the annexation, citing “dire, long and severe consequences” for Israel as a result.

Second of all, the ties between Israel and the Sunni arab world will probably end as we know it. Jordan has threatened to cancel the peace agreement from 1994 – that might hurt Jordan the most, but Israel still won’t allow extremists rule Jordan. So no matter what Jordan is still under Israel’s safety umbrella. Egypt has been fairly silent on the issue – the military dictatorship there has internal issues to sort out. Hezbollah will probably go bananas and it’s not unlikely Israel has to deal with them.

Third of all – the Trump administration doesn’t last forever. The guy who invented ‘Covfefe’ might be re-elected for a second term – but he might not. That makes Israel a bit isolated. “Ok, but Russia then? They are our friends?”, you might think. And that’s correct – nevertheless Russia doesn’t sell arms or provide Israel with economic aid at all. It’s just a comfortable frenemy. China won’t do anything at all, except perhaps condemn something specific, but we all know they are more interested in economic influence in all parts of the world rather than being peace-dealers.

Finally – the UN security council will veto anything against Israel with the help of the US. Yet fewer countries will vote in favor of Israel, thus erasing the political push Israeli diplomats has made on basically every continent during the last decade.

Go ahead, annex. Nothing will change immediately. The fallout however might be greater than expected.