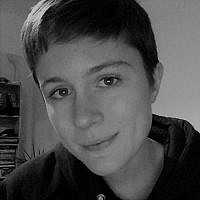 The Blogs
Annie Cohen
Apply for a Blog
Please note that the posts on The Blogs are contributed by third parties. The opinions, facts and any media content in them are presented solely by the authors, and neither The Times of Israel nor its partners assume any responsibility for them. Please contact us in case of abuse. In case of abuse,
Report this post.

But for the most part the Jewish press is determined to focus on the fact that I’m not a Zionist. They want that to sound scary and extreme, so you won’t vote for me, and you won’t listen to voices like mine.

But my non Zionism doesn’t change the fact that I’m an experienced community organiser, that I know what it is to be a student with disabilities and mental health problems, or the experience I have fighting anti Semitism.

In fact, it is my non Zionism and everything that comes along with it that I believe makes me the best candidate to lead this union, which is basically about representing Jewish students as a minority in this part of the diaspora.

I’m not a Zionist because, because I’m against nation-states. History shows us that all states (#yesallstates) are repressive, especially those in which one ethnic group has exclusive control of government.

Minority groups get marginalised, discriminated against, and, in extreme cases, face violence and expulsion.

Throughout history, Jews have been victims of state nationalism, border controls and attempts by majority groups to create a homogeneous culture in their territory.

We as diaspora Jews campaign for pluralist politics, states that represent all of their citizens, human rights for minority groups and and end to repressive immigration that condemn so many refugees to death and suffering.

Some Zionists believed in those things too, especially those who didn’t think Zionism required a state, just a Jewish community living in the land of Israel, such as Hannah Arendt, Hans Kohn and Judah Hamagnes.

But since 1948, Zionism has become about statehood. And the state of Israel has repressed people just as much as other nationalist states. The Haganah, the precursor to the IDF, expelled, or prevented from returning, around 750,000 Palestinians in 1948, and their land was taken away.

Those that remained were subject to martial law, rather than treated as citizens.

When Israel took control of the West Bank, it refused to give Palestinians there the vote, a situation that has now continued for 50 years.

These things are intrinsically bound up with state Zionism itself, not just individual policies and politicians. If Israel gave everyone in the territory it rules over the vote, there would be no Jewish majority, and thus Israel would no longer be a Jewish state.

Would that be so terrible? A state for all its citizens? There would still be millions of Jews, living, speaking Hebrew and building Jewish culture in the land of Israel, just as Jews build Jewish culture all over the world. We just wouldn’t be oppressing anyone else.

And why do we need to have these conversations as Jewish students? Because by keeping our union a Zionist union, we are not only supporting a repressive state, we are also supporting actions here in the UK to prevent Palestinian students from organising and having their voices heard.

In allowing antisemitism to be weaponised against all acts of Palestine solidarity, we are also failing to properly address the many incidents where antisemitism really does occur.

By focusing on BDS we are also often ignoring the far right. Last year when I went up to the UJS hustings, there had been a neo nazi demo at a London university campus that same day, and nobody had even heard about it. The way to fight antisemitism is alongside all other forms of racism and oppression.

We fight it through building solidarity with other oppressed groups, not through wall, borders and guns.

This may be a lot to take in at once. It’s a big leap from being told that non-Zionists are antisemites to hearing that non-Zionism might offer the best future for Jews in both Israel and the diaspora.

All I ask is that you think about it – and if this is a vision that speaks to you, join me in building a diaspora Jewish union, our representative in a rich Jewish life here, proving that Jewish culture can thrive without a state. If not now, when?