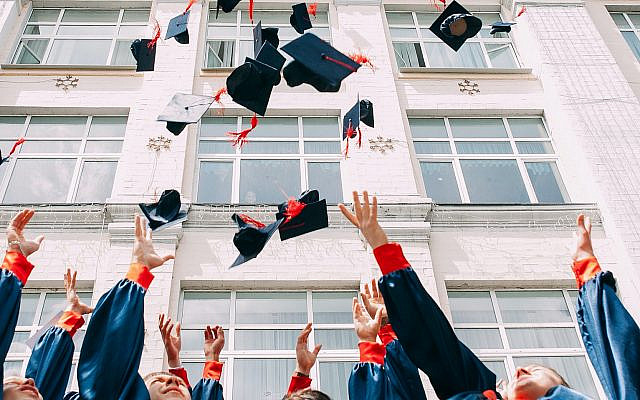 Some good news at last. Two black brothers, Ebenezer and Emmanuel Boakye, have done well enough in their A levels to get into Oxbridge. They are the children of a single mother in Hackney and they were educated at the Mossbourne Community Acadamy.

Mossbourne Academy is a fine new building, replacing the old Hackney Downs School which educated any number of East End Jewish lads who went on to distinguished careers in business and the professions. The building was paid for by Sir Clive Bourne (1942-2007) who had been born in a Salvation Army hostel, left school at 15 to work in a shoe shop, and started an overnight parcel delivery company from a phone booth when he was seventeen. His firm, Seabourne Express Couriers sold for a fortune and the founder was knighted.

In starting a new kind of enterprise, Sir Clive was successfully following in one of the oldest Jewish traditions; find the hole in the market.

When the Jews left the East End, Hackney Downs became dilapidated but the rejuvenated Mossbourne, paid for by Sir Clive, has become one of the best schools in Hackney again.

Education is a core element in Judaism. The Talmud puts it so high that you can sell a Synagogue to build a school, but you can’t sell a school to build a Synagogue. When we arrived in Stuart times, one of the first things the Sephardim did was to found the Shaare Tikvah school, (The Gates of Hope). Only a tiny minority of rich children got an education then, but the Sephardim taught girls as well as boys, which was exceptional for centuries.

Over the years the community has created the Jews’ Free School from the Great Synagogue Talmud Torah which was designed to educate poor children. It was also tov compete with Christian conversions schools. JFS became the largest school in the country at the beginning of the 20th century with over 4,000 pupils. It also needed financial support, and the Rothschilds gave it the present day equivalent of £200,000 a year, as well as providing the governors.

Over the years, there have only been four Jewish boarding houses attached to public schools; Harrow, Cheltenham, Clifton and Perse. None exist today, but Rabbi Solomon Schonfeld created the Hasmonean schools instead. A large percentage of our children now go to Jewish schools. As the late Jonathan Sacks said: “There have been more new Jewish day schools opened in the last two decades than in any comparable period in the 356 year history of Anglo-Jewry. The percentage of Jewish children at Jewish day schools has moved from some 25% to almost 70%. ”

Well, that takes care of us, but what about the Boakyes? Emanuel says he is going to join the African Caribbean Society at Oxford and 30% of the Cambridge students are from ethnic minorities, but Oxbridge mixes everybody together and it will be a sad day if that ever changes. Certainly, the Jewish Society at Cambridge could look out for Ebenezer to help him settle down.

Mind you, it is an anomaly that the first Black student at Cambridge went up in 1849, but Jews weren’t allowed to graduate until the Universities Test Act 1871.

The achievement of the Boakyes gives the lie to a lot of anti-Black calumnies. That too often the absence of fathers holds them back. That they don’t work hard enough on education. That they can’t get jobs. Mrs. Boakye has proved them all wrong and hearty congratulations to her.

There has been a lot of progress with jobs. I had an interview with Unilever in the 1950s and the personnel manager assured me that there was no anti-semitism in Unilever! The University Appointments Board at the time would send information on the students to prospective employers and state their religion. That now seems like the dark ages.

With any luck, the pandemic will be under control when the Boakyes go up and they will enjoy three years in great surroundings. Good luck to them.