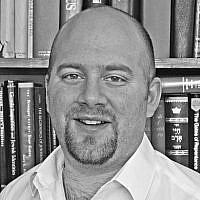 A virtual visit to the British Antarctic Survey allowed me to complete a journey of reflection on Climate Change and our responsibility to the environment that began at Rosh Hashanah. My community (South Bucks Jewish Community, SBJC) was joined by two brilliant scientists working for their PhDs as part of the research into the Antarctic ice. We saw the drilling of the ice and its preparation for study – an ice and air archive stretching back thousands of years. And we were flown out to satellites in space to view the Earth and appreciate the way that space technology allows huge areas of ice to be surveyed. The Antarctic is one of the most inhospitable places for human life with temperatures reaching minus numbers that make our winters look positively balmy!

We’ve been learning about life on our planet, how it is affected by Climate Change and how we are not just the cause of the change but bound up in the effects of it. This final stop in our learning was an opportunity to understand the science, dispel some myths and also to be inspired by the passion and wisdom of the scientists. On top of which, the Antarctic is guarded by a wonderful treaty which protects it from exploitation, territorial claims and demands international cooperation. It’s almost Isaiah’s (Isaiah 2:4) vision of spears into pruning hooks in action – such is the peace created as we turn from technology of war to the technology of human creativity and curiosity.

The treaty was signed in 1959, during the Cold War, and is a reminder of the possibility for governments to recognize that whilst they have narrow interests that they are mandated to protect by their electorates, with sufficient will, it is possible for countries to establish common interests and mechanisms to collaborate and cooperate. Perhaps a far cry from the rather dismal show this year at COP26 or the pitiful efforts to ensure the COVID-19 vaccines are equitably distributed to the countries with the least power and money.

If we put our minds to it, the human species is ingenious and we are able to work together to solve our greatest problems. I remember being brought to tears listening to the scientists discuss the global effort to produce the COVID-19 vaccines which required present and historic state backed investment, sharing of knowledge, and a single minded focus on the goal at hand. I found the description of the Antarctic Treaty signed all those years ago, when described by our virtual visitors, had a similar effect on me.

The talk included very personal reflections on the experience of being ‘covered’ by the Northern Lights – even within the continual darkness of an Arctic Winter there is occasional light of the Aurora. These moments in which we encounter the enormity of the universe and its transcendent beauty are awe inspiring and positively spiritual. I was reminded, as we heard about the long polar nights and the first sliver of sun after so much time – of the story of Adam.

This took me back to Rosh Hashanah – when at the end of Adam’s first day (on Rosh Hashanah), the Talmud tells us he fears that the world is coming to an end and it is only as dawn broke the next day that he offered a sacrifice to God (the first act of anthropogenic extinction as the unicorn was sacrificed). Such a story of human existential anxiety told with such beauty. And then my mind was drawn to the companion story in the Talmud (Avodah Zarah 8a), in which Adam saw the nights getting longer and days shorter and feared the world was de-creating on account of his behavior.

Woe is me; perhaps because I sinned the world is becoming dark around me and will ultimately return to the primordial state of chaos and disorder.

He prayed and fasted for 8 nights until the solstice arrived and the days began to lengthen again. He then realized the world was not going to be de-created but that it was a pattern of the passage of time. In celebration, Adam rejoiced for 8 days, fixing the time as a festival for God, and henceforth all of humankind at this time of year celebrated. This becomes the rabbinic understanding for the origins of the non-Jewish Roman festival of Saturnalia. We cannot but of course notice the parallels of 8 days and increasing light from our festival of Chanukah – that we currently celebrate.

Today, perhaps we should be praying again about the risk of the de-creation of the universe (by which of course we mean the comfortable human habitation of earth not a reverse big-bang) because of our sins – the neglect and, often times, deliberate exploitation, of the planet’s resources. The science is clear that we must put aside our differences to work together to solve the great challenge of anthropogenic climate change. Our elected representatives will only take that task seriously if we are all talking about it and setting an expectation that they will do something. That includes faiths communities as well as politicians.

So today, as we approach the middle of Chanukah, with it also being Antarctica Day – the anniversary of the signing of the treaty, the 1st December – we all must renew our efforts to halt climate change, to set an expectation of international cooperation, and to be, for just a moment at least, in awe of the universe of which we are just a tiny part.