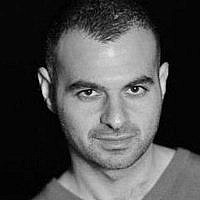 The Blogs
Aaron Klein
Apply for a Blog
Please note that the posts on The Blogs are contributed by third parties. The opinions, facts and any media content in them are presented solely by the authors, and neither The Times of Israel nor its partners assume any responsibility for them. Please contact us in case of abuse. In case of abuse,
Report this post. 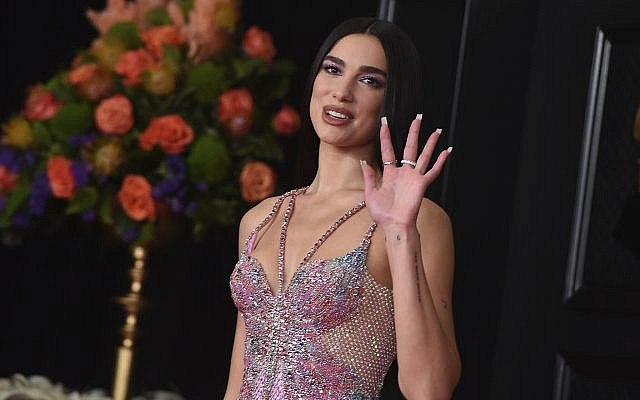 The sudden spike in antisemitism in US cities and around the world did not erupt out of nowhere.

Jew-haters were incited into action following weeks of nonstop blood libels lobbed at Israel for defending itself against Hamas, which launched an unprovoked terror campaign that included firing thousands of rockets into Israeli cities.

Some in the news media, entertainment industry and diplomacy used their platforms, wittingly or not, to shamelessly parrot Hamas talking points, promoting the terror group’s false narratives about the causes of the conflict and Israeli self-defense actions.

They promulgated transparent Hamas lies about mythical Israeli threats to Jerusalem’s Al-Aqsa Mosque even though Israel is the only country in the region that guarantees freedom of worship for all religions and despite massive numbers of Muslims visiting the site annually during Ramadan without incident.

At the start of the latest round, some media outlets hyped an Israeli raid of the Al-Aqsa compound while minimizing that Israeli security forces were attempting to protect civilians by quelling a violent mob incited by Hamas that had holed themselves up on the holy site with stones and Molotov cocktails prepping to attack Israelis.

Public figures further fed the Hamas narrative by claiming the latest violence was triggered by a local real estate dispute in Jerusalem’s Sheikh Jarrah neighborhood that could result in the evictions of Palestinian families.

They failed to provide the context that Jews had lived in the homes prior to the time that Arab families moved in during Jordan’s temporary occupation of eastern Jerusalem from 1948 to 1967 or that the matter was being litigated in Israel’s fiercely independent judiciary.

They ignored that such cases routinely make their way through the court system here without triggering violence. The Sheikh Jarrah case was singled out and presented as a provocation of such magnitude that, according to these anti-Israel voices, it seemingly justified Hamas’s decision to launch a murderous terror campaign targeting Israelis.

Almost entirely missing from the public debate was Hamas’s obvious motive in starting the Gaza violence. Specifically, Palestinian Authority President Mahmoud Abbas’s decision to unilaterally cancel parliamentary elections in which Hamas was expected to dominate and gain a major stronghold in the West Bank in addition to ruling Gaza.

Rather than letting Abbas block their rise to power, Hamas ignited the Palestinian street against Israel on false pretenses and launched a terror war aiming to position Hamas as the defenders of Jerusalem and the larger Palestinian cause.

No country on earth would tolerate incessant rocket attacks against its population by a terror group seeking its annihilation. The Israel Defense Forces rightly struck at Hamas’s terror infrastructure throughout the Gaza Strip to stop the attacks and create deterrence.

Irresponsible actors with public platforms in the West used Israel’s self-defense to invert reality by smearing the Jewish state with outrageous fake charges like “war crimes” or “human right abuses” even though Israel goes to extreme lengths – much further than any country – when it comes to protecting civilians on both sides.

One particularly egregious example of misleading reportage and ensuing slander occurred when the IDF used precision munitions to down an emptied 12-story tower in Gaza that housed a Hamas headquarters for carrying out attacks on Israelis.  The complex was used as a Hamas operations base for gathering information to wage terror war, R&D operations for weapons systems and positioning equipment to hamper IDF operations.

Hamas placed its murder machine inside a building that also housed civilian offices, including those of the Associated Press and Al Jazeera. In doing so, Hamas knowingly put foreign reporters in danger, using them as human shields to wage jihad on Israelis.

Before taking out the terror tower disguised as an office building, the IDF ensured that the entire complex was emptied by warning all occupants inside about an impending strike, even providing enough time for Hamas to evacuate. After employing such warning tactics as phone calls, SMS and loud sounds outside the building, the IDF sent the landlord into the structure to ensure it was entirely emptied and acted only after receiving verification.

The strike, carried out to protect Israelis, was a perfect example of the lengths to which Israel goes to ensure civilians are unharmed when working to stop an enemy that revels in non-combatant deaths. There was not a single casualty.

Yet anti-Israel ideologues went into overdrive painting a misleading picture of Israel bombing journalists’ offices as if Israeli military leaders woke up in the morning and decided to attack the free press.  Those critics only encourage Hamas to further place journalists and other civilians in harms way by embedding their terror infrastructure in civilian zones knowing that Israel – and not Hamas – will face international censure for legitimately protecting itself.

After weeks of incitement against Israel in the public sphere, it is small wonder that antisemites worldwide have been triggered. The purveyors of anti-Israel propaganda are fuelling antisemitism and are just as responsible for the violent consequences as the miscreants on the streets of America and Europe going around attacking Jews.