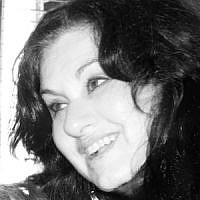 PART ONE: THE PROBLEM

My daughter is an “Old Girl” — that means that she is a graduate of one of Canada’s most historically respected, elite private girls’ school.

About three weeks ago, I experienced a deeply disturbing situation that occurred at her alma mater.

As the mother of an “Old Girl” and in particular as a mother with ‘’up close and personal’’ knowledge and experience of this particular issue, I am committed to exposing and destroying it.

It is by no means restricted to this one school nor to any education centre nor to any country; it manifests in different forms and permutations, but it is virulently growing and morphing at an alarming rate.

However, the clarity of the issue at this particular school helps highlight the overall scenario.

In September 2018, a new headmistress began her position at the afore mentioned school. One of her decisions was to hire and sponsor an English acting company to come to Canada, to perform an “adaptation” of The Merchant of Venice for Grade 11 English students — not only at this private school, but also on to other high schools throughout Ontario, under the social auspices and financial backing of this private school.

This play was supposedly a new take, suggested as a “satire” on The Merchant of Venice, Shakespeare’s controversial play about Jews.

Anyone who has the slightest sensitivity would presumably understand that this particular play has to be taught with compassion and an understanding of the plight of the ghetto Jews in the Middle Ages, the restrictions and the unrelenting anti-Semitism they endured, so as to understand Shylock — and The Merchant of Venice — in its proper context.

Without that fundamental understanding, the play can most certainly be miscomprehended, misconstrued and can definitely be perceived as anti-Semitic.

The Merchant of Venice requires discussion and dialogue and can — and should — be used to teach valuable lessons about bigotry and hatred.

Instead, this private school’s Grade 11 English class went — without any warning, without any “heads up” without any preparation whatsoever — to some “version” or “interpretation” of the Merchant of Venice that took place in some kind of concentration camp, where the audience was hysterically provoked to “participate” — by yelling such phrases as ”burn the Jews,” “burn their books,” and to hurl vile anti-Semitic epithets at the Jewish students in their midst.

This was an “adaptation” wherein Adolph Hitler is presented as a sweet and bumbling old fool, whose character is designed to evoke compassion and a sense of playfulness.

It was not just the students in the audience being goaded to act like a vicious anti-Semitic mob.

Their educators, the people entrusted to educate these girls, the people who are entrusted with making their students feel safe, whether at school or when on a school trip, were also shouting these obscenities, these Nazi slogans at the Jewish girls; they were fully involved in this travesty.

After the play, when the audience was asked for their “feedback” and the Jewish students voiced their fear, humiliation, and apprehension, the Jewish girls were further jeered, mocked, denigrated, and their voices and feelings were once again callously dismissed.

The experience seems more “Lord of The Flies” than “The Merchant of Venice.”

Understandably, to say that the Jewish girls felt unsafe being subjected to this unbridled display of venomous vitriol would be an understatement.

When the horrified Jewish parents, some of whom are the children and grandchildren of Holocaust survivors, complained to the school’s administration, the school’s initial response to their concerns was cavalier, unsympathetic, and dismissive.

The administration’s first public response statement actually stated that “perhaps some parents were offended” by the play.

The only reason that this situation was dealt with whatsoever was because the Jewish parents, who collectively understand the enormous ramifications of this blatant manifestation of anti-Semitic behavior, were unified in demanding both answers and action.

How is it possible that people who are meant to be educated and informed, people involved in educating our children can be so disconnected from realities like this insidious, but obvious anti-Jewish messaging?

There seems to be an unconscious “double” standard when it comes to the perception of persecution and/or suffering for Jews as opposed to everyone else.

Somehow, unconsciously, Jewish pain, hurt or fear is not to be taken as seriously or be as validated or deserving as the suffering of others.

This mindset is consistently reinforced in the media bias against Israel

To assist those of you reading this with possible contextualization difficulties in understanding the depths of trauma and pain that these Jewish students would have endured during this travesty — and to help you empathize with our collective pain whenever anti-Semitism is trivialized or negated, I humbly offer the following scenarios which I feel might help in ‘’personalizing’’ and ‘’actualizing’’ the experience.

I do so with my sincere apologies to my friends whose cultures I am about to temporarily appropriate and sensationalize to prove a point: please forgive me, but it is essential that I do so.

*Aboriginal students walking in — unprepared — to a play where “redskins” are portrayed being “round up” by cowboys on horses using lassoes and guns, shouting ‘‘let’s get them redskin savages” — and instigating the audience to participate in this brutality.

* Rape survivors walking in — unprepared — to a play where people are being gang raped by mocking, drunk hooligans, shouting obscenities and pornographic statements — egging on the audience to participate.

*Syrian survivors of Assad’s brutal regime walking in — unprepared — to a play where Syrians are being chemically bombed, raped and tortured, while Russian and Iranian soldiers laugh at their plight — and enthusiastically goad the audience to call for more carpet bombing and audience participation.

* Girls of Irish descent walking in — unprepared — to a play where their ancestors, during the Potato Famines are starving to death, mocked and humiliated by the landowners, calling out for the audience to denigrate and humiliate the ‘lace curtain Irish,” enthusiastically pushing the audience to demand “Le Droit de Signeur” and — also to participate in demanding that the Irish starve and die.

My apologies to those offended by some of the imagery, racism and stereotypes presented here — but this is not being overdramatic or hysterical.

To someone whose great-grandmother was gassed to death in the gas chambers of Auschwitz along with 24 of her grandchildren and great-grandchildren, this is a serious attempt at conveying the emotion of anti-Semitism and Jew hatred and to try to help others feel what it is like for those of us viscerally impacted by it.

There is another reason I am compelled to be so forceful and strident in my approach.

We cannot allow this to happen again — here or anywhere else.

And at this particular school, this is not the first time that virtually this exact scenario has happened.

While the school’s PR department has been working overtime to place the entire blame and responsibility squarely in the lap of the recently-departed headmistress, this is untrue and misleading.

It is egregious for the school to behave as if this was an isolated incident, a momentary lapse of judgement.

While the headmistress certainly had accountability for this event happening in 2018, the bigger question is — why did this event happen AGAIN in 2018… when the same situation had already happened in 2012?

In 2012, I was notified by distraught parents of the Grade 11 English students that the Spring curriculum, again, with a purported focus on racism, had only two works for the course — one, the play to read being The Merchant of Venice and two, the play to see, The Rachel Corrie Story.

The Rachel Corrie Story creates the fabricated “martyrdom” of Rachel Corrie, an anti-Israel activist who was killed when she marched into the path of a moving bulldozer, where the driver of the bulldozer could not see her.

The play is unquestionably anti-Israel, anti -Zionist and anti-Semitic.

When a group of concerned parents met with the school’s administration, we asked why, in a course exploring racism, was Judaism the only religion under scrutiny?

Why not also on Christianity, Islam, Hinduism, Buddhism, Indigenous, atheists-why?

And why only antagonistic and derogatory information and positioning about Jews and Israel?

What about balance, counterpoint, another point of view?

You would believe that this logical and rational argument would be met with acceptance-or at least with some compassion and an attempt at understanding.

There were hurdles to cross. There was an attempt by the administration to curtail the interaction and collective voice of the parents concerned and they gave us an overall “push back”. There were accusations of ‘’censorship’’ from some teachers and grumblings about “free speech.”

We parents remained a unified force. We did not allow that them to cajole or mollify or intimidate us whatsoever.

As I remember the events, due to our commitment and tenacity, The Merchant of Venice stayed; Rachel Corrie was out.

Contrary to what critics might say, this was not about censorship.

This is about Jews no longer tolerating the presentation of ONLY one point of view — a prejudiced, slanted, one sided bias perpetrating racial stereotypes and profiling that demonize the Jewish people or Israel.

This is about demanding that Jews be treated, portrayed, spoken to and about, interacted with and represented with the same respect and courtesy as other minorities and groups — no more, no less.

If there remains any question as to the importance and relevance of what I have just stated above, I ask that you remember that it was only three weeks ago that the Pittsburgh Synagogue Massacre occurred, the most heinous anti-Semitic hate crime ever perpetrated at an American synagogue.

There is no room anymore, whatsoever, for any form of anti-Semitic or anti-Jewish sentiment, whether intentional or simply because of ignorance to be further tolerated or accepted.

The question to leave you with is this; if this is happening here, at such an illustrious bastion of education, in a city purported to be so tolerant, where else is it happening?

And if there are no Jewish people with the required sensitivity or others who recognize the insidious messaging for what it is- what then? If no one complains or explains these racially charged slurs — what then? This anti-Semitic, anti-Israel hate rhetoric goes unchecked, unchallenged, unanswered-what then?

Stereotypes, misinformation, scapegoating — it all leads to the kind of hatred and violence endured in Pittsburgh a scant three weeks ago.

As the Nazi Reich’s propaganda minister, Goebbels so famously said, if you repeat a lie, over and over and over again, it will begin to sound like the truth.

Not on my watch.

About the Author
Vivienne Grace Ziner is a vociferous and outspoken activist, advocate, writer and speaker for international human rights, the global advancement of human dignity and the cause of Israel and the Jewish people.
Related Topics
Related Posts
Vivienne Grace Ziner
Comments