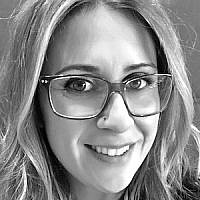 Termed the “longest hatred,” there are currently over five leading definitions for anti-Semitism. They exist because anti-Semitism is a virus that mutates and takes on various forms, thereby making it, at times, difficult to identify. And because there are so many designations, few can agree on one working definition.

As an educator, it is my duty to clarify the complex. As a trained literary scholar, it is my responsibility to search for literary devices (also known as tropes) in a text in order to unlock meaning. These dual aspects of my background provide a helpful tool to identify anti-Semitism.

Clashing over definitions of anti-Semitism has been, thus far, unproductive. Instead, the following is a different approach: identify leading accusations applied to Jews historically. Below are five common accusations historically waged against Jews. Each have a particular iconography, a set of visual images that are symbolic. Because the images have appeared so often, they are also tropes. They are: 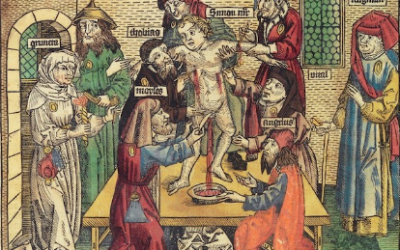 One of the earliest depictions of blood libel (1493). 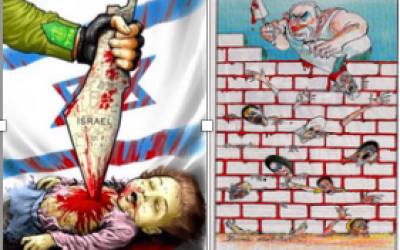 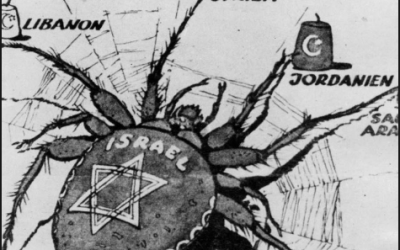 Titled “Israel is a dirty creature,” the image shows Israel as a spider in whose web Arab countries are caught. 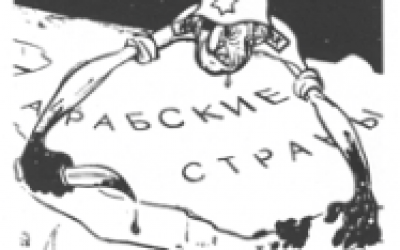 Jewish general shown with bloody knife, whose inspirations are to take over “Arab nations” (Soviet Union, 1968). 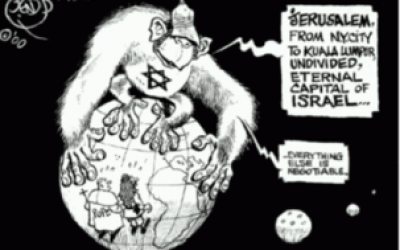 Khalil Bendib cartoon (2000) depicting a gorilla with the Star of David overpowering the globe. 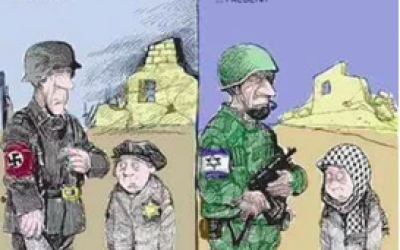 Cartoon depicting Israeli soldier as a Nazi soldier.The words “past… and present” convey that today Israel is the embodiment of Nazism. 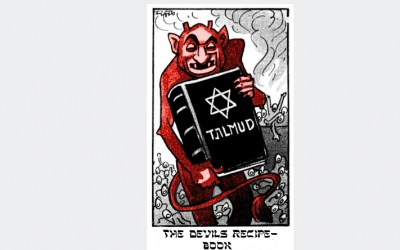 Titled “The Devil’s Recipe Book,” the image appears on a site called The Zionist Crime (2012). 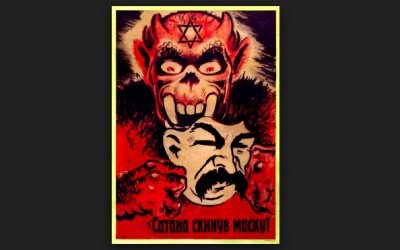 Titled “Stalin has removed his mask,” the propaganda image appeared in the Soviet Union in 1941. 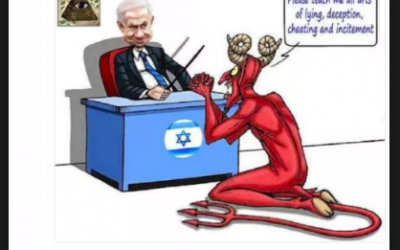 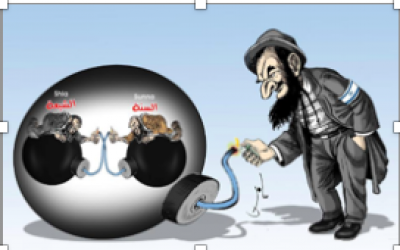 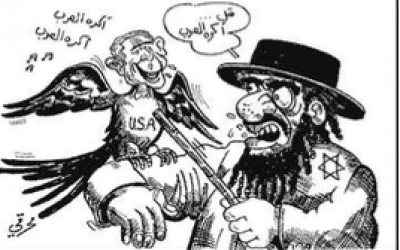 In this cartoon, the Jew says, “I hate Arabs” and the parrot, George Bush, repeats it twice (Bahrain, 2001). 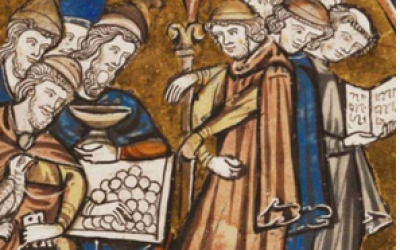 Medieval depiction of Jews as money lenders and financiers. 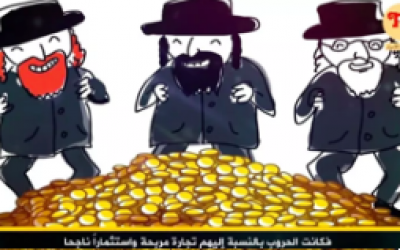 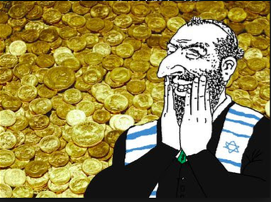 In sum, to help many identify anti-Semitism, the questions we must ask are not who is being depicted, but rather how they are being portrayed. In other words, it is unproductive to establish one definition of anti-Semitism. Instead, there are several visual and verbal symbols and/or themes that systematically demonize Jews, and more recently, the ancestral homeland of the Jews, Israel.  If anything, these tropes show that anti-Zionism is, anti-Semitism, for in the depiction of, say, an Israeli flag drenched in blood, we have a clear example of the blood libel trope applied to the only Jewish country in the world. 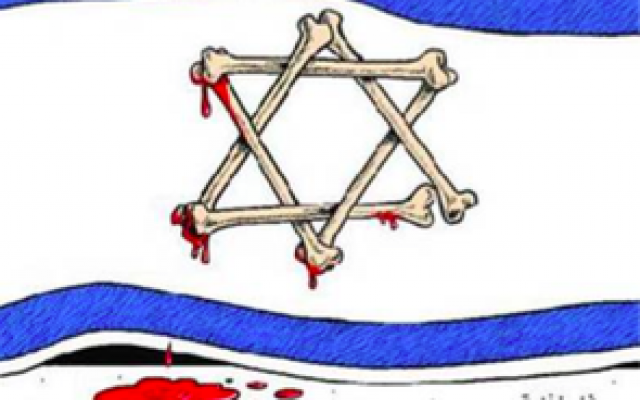 The Star of David, the central image of the Israeli flag is made up of bloody bones. The implication is clear: Israel’s very existence is predicated upon murder (Courtesy: thememriblog.org).
Advertisement
About the Author
Naya Lekht obtained her PhD in Russian literature from UCLA. Naya writes on Russian-Jewish literature, the Holocaust in the Soviet context, and contemporary anti-Semitism. Most recently, Naya has joined as Director of Education at Club Z Institute.
Related Topics
Related Posts
Comments