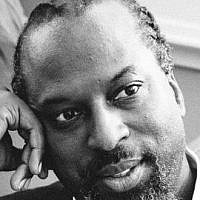 The Blogs
Dumisani Washington
Apply for a Blog
Please note that the posts on The Blogs are contributed by third parties. The opinions, facts and any media content in them are presented solely by the authors, and neither The Times of Israel nor its partners assume any responsibility for them. Please contact us in case of abuse. In case of abuse,
Report this post.

I was in a social media debate about Israel and Zionism the other day, when my opponent asked me a curious question. “Why point to MLK’s stance on the issue of Israel as a debate point?”

I explained to my opponent that, particularly in the discussion of human rights and answering false accusations against the Jewish State, quoting Dr. King in context is an advisable starting point. This is particularly true when anti-Zionists attempt to twist Dr. King’s words to denounce Israel. Very often, Israel’s enemies refuse to accept the fact that the unparalleled civil rights champion of the 20th century was a staunch, vocal supporter of Israel and loyal friend to the Jewish people.

One person who knows Dr. King’s position on Israel full well is avowed anti-Zionist, and former Black Panther Party member, Angela Davis. There is no disputing Ms. Davis’ long and storied anti-racism career. (Few people in the world have had protest songs written in their honor by the Rolling Stones and the Beatles). Sadly, there is also no denying Ms. Davis’ anti-Zionist rhetoric and anti-Israel libel; the type of language Dr. King strongly denounced. So, having Angela Davis provide the keynote address at an event that purports to honor Martin Luther King is a bitter irony, and completely misguided. Such is the case with events at University of North Carolina of Chapel Hill on Monday, January 19, and University of California Santa Cruz on Wednesday, January 28. The title of these events is, “Racism, Militarism, Poverty: From Ferguson to Palestine”.

Banner for the MLK Memorial Convocation at UC Santa Cruz

My purpose is not to comment on the broader topics raised by these events, but rather to exclusively focus on Angela Davis’ antagonistic position towards Israel, and how (on this issue) she and Dr. King could not disagree more.

In her 2012 article “Dismissal of Palestinians is reminiscent of Jim Crow days,” Ms. Davis stated, “If we have learned the most important lesson promulgated by Dr. Martin Luther King — that justice is always indivisible — it should be clear that a mass movement in solidarity with Palestinian freedom is long overdue.”

This is a classic example of quoting someone completely out of context. Anti-oppression movements are always worthy efforts, but it is crucial to understand who the actual “oppressor” is. Otherwise one will only exacerbate the plight of the people one seeks to liberate. 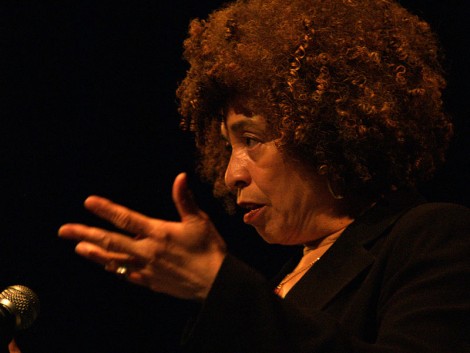 Angela Davis speaking at the University of Alberta, March 2006 (Photo via Wikipedia)

Israel is a liberal, thriving, multiethnic democracy and has been since its independence in 1948. Arabs, Christians, Muslims, and Jews all serve together in Israel’s parliament (Knesset). An Arab sits on Israel’s supreme court. Jews and non-Jews from dozens of countries live together in Israel (in peace). The Israeli military includes Christians, Muslims, Druze, women, and so forth. All ethnic and gender groups enjoy equal protection and representation under Israeli law. Israel is such a shining example of freedom and prosperity that there is a long waiting list of Palestinians who desperately want Israeli citizenship.

In sharp contrast to Angela Davis’ characterization of the Jewish State, Dr. King had this to say on March 25, 1968 (ten days before his assassination):

Peace for Israel means security, and we must stand with all of our might to protect its right to exist, its territorial integrity. I see Israel, and never mind saying it, as one of the great outposts of democracy in the world, and a marvelous example of what can be done, how desert land almost can be transformed into an oasis of brotherhood and democracy. 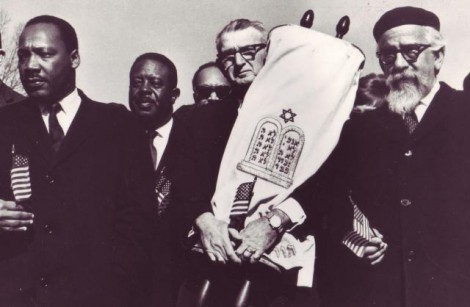 Almost fifty years later, Dr. King’s description of Israel is just as accurate. Surrounded by enemies who seek her destruction on a daily basis (Hamas, Islamic Jihad, Hezbollah, Al Qaeda, and ISIS to name a few), Israel is indeed an “outpost of democracy” and an “oasis of brotherhood” and freedom.

But what did Dr. King say about the Arabs (Palestinians)? After all, it is Israel’s alleged treatment of the Palestinians that serves as Ms. Davis’ condemnation of the Jewish State.

On the other hand, we must see what peace for the Arabs means in a real sense of security on another level. Peace for the Arabs means the kind of economic security that they so desperately need. These na­tions, as you know, are part of that third world of hunger, of disease, of illiteracy. I think that as long as these conditions exist there will be tensions, there will be the endless quest to find scapegoats. So there is a need for a Marshall Plan for the Middle East, where we lift those who are at the bottom of the economic ladder and bring them into the mainstream of economic security.

The Palestinian leadership has received the per-capita equivalent of twenty-five Marshall Plans – billions of dollars in international aid – yet the Palestinian people in Gaza and the West Bank continue to live in poverty. Will Angela Davis address this fact? Will Ms. Davis join the European Court of Auditors and demand that the Palestinian Authority give an account of its €2.3 billion ($3.1 billion) in missing funds? Perhaps Ms. Davis will raise her voice in protest with the people of Gaza where the Hamas party boasts hundreds of millionaires.

Maybe Ms. Davis’ abiding concern for the Palestinians will have her speak out on the rights of women. Honor killings are up two hundred percent in the West Bank. Palestinian Christian, Christy Anastas, fled the West Bank after receiving death threats for “speaking truth to power.” And most recently an anonymous Palestinian journalist wrote a scathing piece addressing French president François Hollande after he allowed Palestinian Authority leader Mahmoud Abbas to participate in an anti-terrorism march in Paris.

It is quite unfortunate to hear people like Angela Davis express utter disdain for the Jewish state and call that “Palestinian solidarity.” Her outrage would be more appropriate – not to mention more beneficial to the Palestinians — were she to focus it on the corrupt (PA), and radical (Hamas) Palestinian leadership.

The year 2015 brings the fortieth anniversary of two related yet disparate events; the United Nations passing of Resolution 3379 “Zionism is Racism” (November 10, 1975), and the Manhattan rally of B.A.S.I.C. – Black Americans to Support Israel Committee (November 11, 1975). The former represents misguided individuals like Ms. Davis. The latter represents true concern for human rights and the celebration of freedom and peace.

As BASIC founder and close friend of Dr. King, Bayard Rustin said in 1975:

In her brief history, Israel has forged an enviable record of social achievement. At a time when so many appear willing to accept lies as the truth, to reach dishonest conciliation with terrorists, to barter away the most basic ideals of justice and compassion, Israel more than ever deserves the support of people of good will and common decency.

About the Author
Dumisani Washington is the National Diversity Outreach Coordinator for the over 3 million member Christians United for Israel (CUFI); and the Director of the Institute for Black Solidarity with Israel (IBSI). He is a husband, father, pastor, and musician based in Stockton, CA.
Related Topics
Related Posts
Comments