Whenever hostilities of this nature erupt in Israel, my first reaction is to instinctively believe that the operation was necessary and that Israel’s actions are justified. I tend to trust implicitly the intelligence and the integrity of the government’s considerations, that the decision it took was necessary. 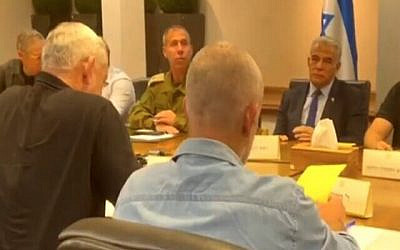 The only time I doubled this integrity was during last year’s mini-war, Shomer Hachomot. This was the first time when it was overtly clear that political considerations were the cause of the conflagration. It was clear that Netanyahu, obsessed with his political survival, was manipulating the crisis in Sheikh Jarrah and the March of the Flags, fanning the flames to cause unrest, in an attempt to drive a wedge between Mansour Abbas and the other Zionist parties trying to form a coalition. He obviously believed that if he precipitated violent unrest, Abbas would be forced to walk away, thereby torpedoing the likelihood of an alternative government being formed. He honestly thought he could control it, like turning the dial on a Bunsen burner. However, he was so intent on manipulating the crisis he allowed to develop, that Hamas’s response took him totally by surprise – at least the ferocity of their response. But once Hamas fired rockets at Jerusalem, he had no choice; he was forced to respond. And then it became a necessary decision.

Usually, Israel refrains from taking military action until we suffer an attack and then we launch an offensive, as a reprisal for aggression. We can debate whether our response is effective, or proportionate – or whether retribution is something we should allow ourselves to indulge in, but given the neighborhood in which we live, I believe that we cannot afford not to respond. Restraint in the Middle East is interpreted as weakness, and given that our enemies are dead set on bringing about our destruction (no less), this perception of weakness provides an incentive for further attacks. The problem is, that we always seem to screw it up with an errant missile that kills innocent non-combatants, or something else.

However, in always responding, we deposit the initiative in the hands of our enemies – and that has many consequences; not only are we reactive, but all too often we are forced to respond, even when we are not ready because the immediacy of the response is necessary for it to be clear to the world why we attacked. The fiasco of the Second Lebanon War (and I think that most will agree that the way we went to war when we weren’t ready was a fiasco), is an example of the terrible consequences of responding when we aren’t ready. Not only that, but by always “waiting” for them to make the first move, it gives our enemies the privilege of planning their attack and also preparing, or bracing themselves, for our inevitable response. And this often means that the most dangerous among them, the planners and the tacticians who are essential to their effectiveness, usually get away, hiding until our wrath abates. We get the pawns, not the masterminds. Not this time.

We in Israel have experience of living under the constant barrages of missiles. We have suffered tragic losses of life (4-year-old Daniel Tregerman comes to mind). And life, when you have a mere few seconds to get to a shelter, is intolerable.

But *we* have shelters. The people in Gaza don’t. I cannot imagine what it must be like for them, the civilian population, who are truly defenseless. I cannot imagine how it must feel to know that the building you live in, houses high-ranking terrorists, or has missiles or other ordinances hidden in the basement at best, or in their next-door neighbors’ apartment at worst, knowing that there is a target on your building, just waiting for it to be hit, and having nowhere to hide. How do they live with that fear? 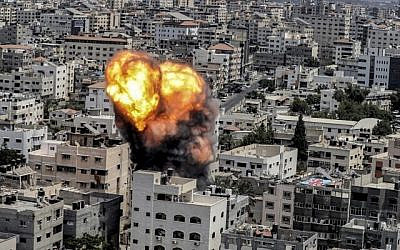 Israeli air strike on a building in Gaza City on August 6, 2022. Apparently, the occupantes were warned of the impending strike. (Courtsey of the Times of Israel. Photo by ASHRAF AMRA / AFP)

On early Saturday morning, 5-year-old Alaa Qadum was killed, because her father Abdullah was a high-ranking operations officer who planned terrorist attacks against Israel and was involved in planning an attack in response to Israel arresting Bassem Saadi, the top Islamic Jihad commander in Jenin. I was deeply saddened. Children her age should be playing in the park or frolicking in a swimming pool on these hot days. They shouldn’t have to pay with their lives because of this conflict. Just like Daniel Tregerman and our children living in the Gaza Envelope settlements, or Ashkelon, or Sderot also shouldn’t have to. 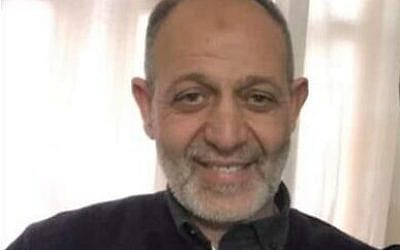 Our government and our army have the obligation of keeping us safe. It is the first priority of any country – ours as well. And as much as I am a staunch advocate of the “iron fist in a velvet glove” approach to how we engage with our neighbors, it is the manifest omnipresence of the iron fist that allows us to adorn a velvet glove. And neither we nor our neighbors should forget it.

I have an implicit trust in the accuracy of the intelligence that our security forces gather and analyze. If they say a deadly attack is imminent, I believe them. If they say that they have identified the threat and the personalities involved in planning and implementing that threat, I believe them. The long history of the quality and effectiveness of our intelligence agencies is legendary. The effectiveness of the Shabak is uncanny, and when they say something big, deadly, and imminent is about to be put into motion, I believe them. We cannot afford not to. Our survival depends on it.

And if they propose a preemptive strike, I trust that there was really no choice. Because the “other” choice would almost certainly mean the deaths of innocent Israelis, trying to live their normal, daily lives. And I would rather we take the criticism of being the aggressor, even if not one shot was fired by the Islamic Jihad than to tell a grieving mother or new orphans that we knew there was going to be an attack but we decided not to do anything about it because we didn’t want to have to deal with the denunciations at the UN and from other quarters. Sometimes it *is* better to ask for forgiveness (or not even that), than to ask for permission. This is one of them. And anyone who claims that this operation was started for political considerations, is deserving of our disdain.

But what was most impressive about this operation is the way they imposed a curfew on the South in anticipation of a violent backlash by the Islamic Jihad, which allowed us the space and time to meticulously plan it, without being forced into a precipitate response as a result of a disastrous terrorist attack.

And for this reason, while I yearn for peace and am the first to criticize the government and the IDF when they use excessive and unnecessary force as a tool of oppression, this operation has my full support. I just pray that this time we don’t screw it up.

About the Author
Paul Mirbach (PEM), made Aliya from South Africa to kibbutz Tuval in 1982 with a garin of Habonim members. Together they built a new kibbutz, transforming rocks and mud into a green oasis in the Gallilee. Paul still lives on Tuval. He calls it his little corner of Paradise.
Related Topics
Related Posts