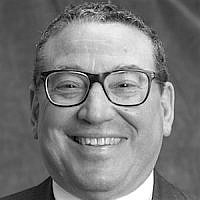 Much ink has understandably been spilled lately about the rise of antisemitism in the United States. What got me thinking much more deeply about it is a relatively little known but powerful novel, The Oppermanns, which was recently reissued with a new introduction by the Pulitzer Prize-winning author Joshua Cohen.

The Oppermanns was originally published in 1934 and was written by Lion Feuchtwanger, a leading German-Jewish writer, essayist, and playwright. This haunting and prescient novel vividly chronicles the lives of the Oppermann brothers – Gustav, Martin, and Edgar, along with their brother-in-law Jaques Lavendel, who is married to their sister Klara – both just before and after the rise of Hitler and Nazism in Germany in the early 1930s. Before this horrifying turn of events, each of the brothers was fully integrated into German society and rose to positions of prominence in their respective fields: Gustav as an aspiring writer and literary figure; Martin as a successful businessman heading the family’s profitable furniture business; and Edgar as a prestigious and famed physician who developed a special surgical throat operation called the Oppermann treatment.

After Hitler came to power and began to insidiously implement various antisemitic laws and policies, however, each of their lives was eventually destroyed: Gustav was stripped of his citizenship and forced to flee the country because he signed a manifesto against the government; Martin lost control of the family’s chain of furniture stores to his business rival and Gentile Nazi supporter Heinrich Wels; and Edgar was unceremoniously fired from his reputable position and forced to give up his well-known and respected laboratory. As if this were not enough, Martin’s son, Berthold, tragically committed suicide in the face of vicious intimidation and harassment by a Nazi-sympathizing teacher and a fellow student.

As assimilated Jews with deep roots and long-time acceptance in Germany, the Oppermann brothers initially found it difficult, in varying degrees, to come to terms with what they (and other Jews) were experiencing and to fathom the reality of the impending Nazi threat. The denouement finally comes in a poignant family gathering on Passover at Jaques’ home in Lake Lagano. As Feuchtwanger writes: “Their homeland, their Germany, had proved false to them. For centuries they had felt secure in that homeland and now everything was suddenly crumbling to bits.” To emphasize this point, a couple of pages later, he says: “Their homeland had slipped away from them…That which three generations in Berlin and three times seven generations of them in Germany had built up, was gone…”

The novel is not an artistic and aesthetic masterpiece but is emotionally gripping because of its graphic depictions of the Nazis’ atrocities and by sounding the alarm about the dire situation facing Jews in Germany at that time and in the foreseeable future. The book resonated with me because some – not all – of its detailed descriptions of the turbulent political climate there have a chilling resemblance (in some respects) to our own current political and cultural environment. But as tempting as it is for some to want to equate or compare Germany then and America now, given the troubling and disturbing upsurge in the open expression of antisemitism and increased violent attacks on Jews, there is one fundamental and significant difference: the antisemitism we are witnessing today is not state sponsored, as it was in Germany. Indeed, officials at all levels of our government – national, state, and local – have spoken out strongly against antisemitism, the most consequential of which was President Biden’s eloquent statement at the White House on the second night of Chanukah, saying “Silence is complicity.”

This, of course, doesn’t mean that we can be complacent; rather, the Jewish community must counter antisemitism wherever vigorously, forcibly, and boldly whenever it rears its ugly head. But since antisemitism is only one measure of Jewish security, as Rob Eshman astutely observed in a recent piece in The Forward, it must be done in a sophisticated, nuanced, and balanced way to be most effective.

At the same time, legitimate concern about the recent normalizing of antisemitism — and the need to respond in a finely-tuned skillful way – should not distract the Jewish community from an equal, if not arguably, greater challenge: the continued rise of assimilation. Indeed, recent Pew studies on American Jewry provide abundant evidence of declining rates of affiliation, participation, and religious observance, especially among younger adult Jews. To reverse this distressing trend, Jewish leaders – both clergy and educators – need to convincingly demonstrate that Judaism can speak to the Jewish people in positive, compelling, and meaningful ways, and to show that increasing one’s knowledge of the richness and beauty of the tradition can profoundly enrich their lives.

Ironically – and perhaps counterintuitively – there is a linkage between assimilation and antisemitism: that combating the former helps combat the latter. Indeed, those with a strong Jewish identity and attachment to the Jewish community are more likely to speak out than those who are unaffiliated. As the Israeli academic Ze’ev Maghen was recently quoted as saying in a column by Daniella Greenbaum Davis in the Wall Street Journal: the best way to fight antisemitism is “to promote that which the antisemite wants to crush: Jewish vitality.”

In the novel The Oppermanns, Gustav writes a postcard to himself. It is a slightly revised version of Rabbi Tarfon’s famous saying in the Talmud about one’s moral obligations. The postcard as he wrote it says: “It is upon us to begin the work; It is not upon us to complete it.” As Joshua Cohen perceptively notes in the introduction to the novel, in the beginning of the book, the “work” refers to Gustav’s desire to write a biography of the German philosopher Gotthold Lessing, while toward the end the “work” refers to Gustav’s efforts to expose the Nazis’ crimes. Like Gustav, we must begin the work now before us: addressing both the problem of antisemitism and assimilation. We are not, as the Talmud says, obligated to finish this task, but if we fail to take up the charge, we do so at our everlasting peril.

About the Author
Richard D. Zelin, Ph.D., is a frequent contributor to various Jewish publications. He serves in a senior level Jewish communal position in the Chicago area. The views expressed are his own.
Related Topics
Related Posts
Richard D. Zelin