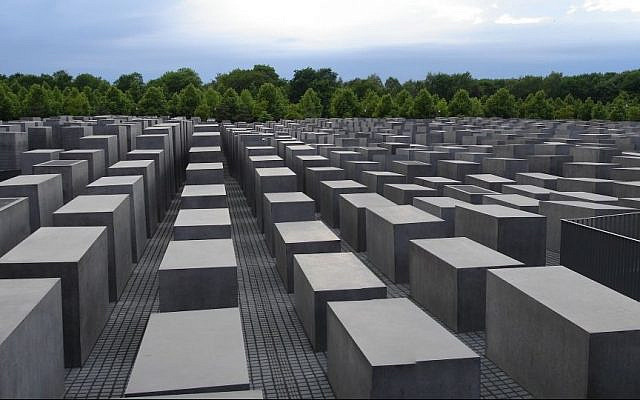 “Antisemitism is never an end, it is always a means; it is a yardstick for measuring contradictions that have no way out” — Vasili Grossman.

Antisemitism is perhaps the most coercive word among the Jewish people. Unintentionally, of course. Unintentionally, but not in all cases. That coercion that has a direct impact on the will and conduct of individuals. However, this coercive process forms cohesion. Cohesion as a close relationship between a group of individuals forms the identity necessary to survive over time.

Antisemitism makes Jews special. The persecution that has been focused against the Jews turns the morbid spectator into an amateur, an “amateur” of Israel’s tribulations.

Likewise, the sentiment as such of antisemitism feeds on Jewish individuals who are out-grouped or who make mistakes visible to society, initially in exile outside Israel, but who in Israel itself also have a place for this. There is anti-Semitism within Israel, some may not believe it until they perceive that there is, but in a masked form as far as self-hatred is concerned. So is the internal conflict between one another, who, being Jews, cannot tolerate each other.

However, antisemitism, i.e. hatred towards the people of Israel, almost always gratuitous, has claimed the lives of many people throughout history. Innocent people, children, old people, pregnant women, babies, etc., martyrs and more martyrs is what the people of the book have. The Torah warns the children of Abraham early on about these unfortunate events. But, within a collectivity, which, although not large in number, is a collectivity and also one that makes itself noticed, the Jews tread risky, counter-current and decisive paths.

The Dictionary of the Royal Spanish Academy defines antisemite as: “one who shows hostility or prejudice towards Jews, their culture or their influence”. However, this concept is an understatement, as prejudice, hostility and rejection is something almost innate to human beings.

Antisemitism goes beyond hostility and prejudice, as recent and not so recent history shows. Wanting to eradicate a people from the face of the earth, wanting to exterminate all the people of a community is not normal. Nor is it normal that, in the face of so many grievances, persecutions, exiles, assassinations and general population depletions, there is still a Jewish people and after an exile as remote in time as in space, there is a Jewish state under the name of Israel and in the territory where it once was.

Another, much more comprehensive definition is the one coined on 26 May 2016, in which the 31 member countries of the IHRA (International Holocaust Remembrance Alliance) adopted a practical, legally non-binding definition of “antisemitism”: “Antisemitism is a certain perception of Jews that can be expressed as hatred of Jews. Physical and rhetorical manifestations of antisemitism are directed at Jewish or non-Jewish persons and/or their property, the institutions of Jewish communities and their places of worship”.

With the IHRA definition, one can understand more clearly what antisemitism is, although there may not be a perfect definition of the term, since antisemitism, like any expression of hatred, is not rational but passionate or emotional.

And when terms or situations do not have a rational explanation, it is quite difficult to understand them and to pigeonhole them into a concept or reference. However, having an almost universal term for the abstract concept allows one to judge and even prejudge what could potentially trigger terrible events such as those we already know and need not mention.

Antisemitism is like a hungry wolf that hides in the woods and comes out in the glow of night to hunt its prey. Always dormant and always on the prowl. It does not sleep, but neither can it be seen continuously. It comes and goes, attacks when it can, hides when it cannot. But it is always there.

Another definition is that of the Anti-Defamation League (ADL) which promulgates: anti-Semitism is “Hostile belief or behaviour towards Jews solely because they are Jews. It also takes the form of religious teachings that proclaim the inferiority of Jews, for example, or political efforts to isolate, oppress, or otherwise harm them. It may also include prejudiced or stereotypical views about Jews”.

This being the case, the differences between definitions of antisemitism are neither many nor very distinct. And no definition is universal at the moment, moreover, there are places where there will not be a definition of antisemitism because they are by nature antisemitic.

Defining something as antisemitism is not an easy task, but it is a necessary one. How else are antisemites and deeds of this nature to be judged?

There are countless “blood libels” or “blood libels” which are antisemitic allegations against the Jews of medieval Europe mainly, although Jews in Russia, North Africa and the Arab world were also victims.

Antisemitism seems to coexist with Jews without explanation. Where there is a Jew there is antisemitism and even where there is not. Antisemitism is not inert and is not eradicated, it beats within thousands of hearts, but Israel is more than that and will prevail over it. It is worrying to see how antisemitic characters are multiplying more and more every day and to observe how they take power even over nations. Under the banner of anti-Zionism or being against Israel, they exercise a new anti-Semitism. Transnational entities, all kinds of non-governmental organisations, etc., are also sources of anti-Semitism. These are figures that can be alarming, in addition to what can be seen on social media against Israel and Jews, but when does it get out of hand? That is where there must be answers, preventive measures, criteria and new policies to stop it in time.