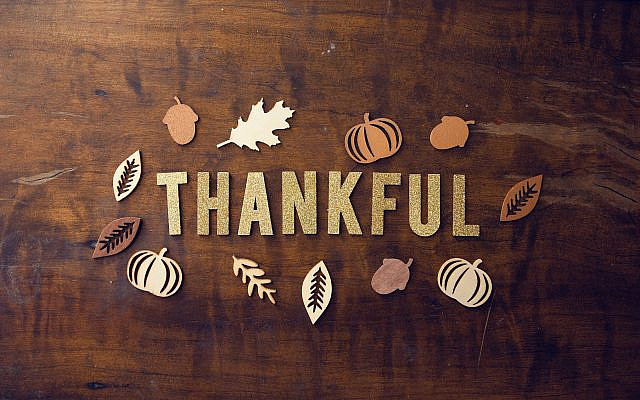 One of the books celebrity and actor Michael J. Fox wrote was called: “Lucky Man.” Why would someone afflicted with a debilitating disease like Parkinson’s write a book called “Lucky Man”? Both my grandmother and uncle, of blessed memory, had Parkinson’s – both thankfully lived long lives, but it would be hard to call them lucky. But in “Lucky Man” Fox speaks of a gift which Parkinson’s gave him: the opportunity to raise awareness and search for a cure for a disease afflicting millions of people worldwide. Indeed, the Michael J. Fox Foundation has raised over a billion dollars to fund Parkinson’s research.

It seems like Fox was given something he didn’t expect. Not just Parkinson’s – but a whole new purpose in life, and that made him lucky.

Appreciating the unexpected, I believe, is the uniquely Jewish definition of gratitude. In this week’s Torah portion, Parshat Vayeitze, when the biblical matriarch Leah gives birth to her fourth son, she names him Yehudah (Judah) because she declared: “this time I will thank God” (Genesis 29:35). Why does Leah say – “This time I will thank God”? This was her fourth child! What was special about “this time”? Wouldn’t any of her first three children warrant thanks? Rashi, the great biblical commentary, explains that since Leah was given more than her share, she felt compelled to thank God. Through her prophetic vision, Leah understood that her husband Jacob was going to have twelve sons, establishing the twelve tribes of Israel. Since Jacob had four wives, each was to have three sons. Now that Leah had given birth to a fourth child, she thanked God this time, for receiving more than her share. As the Talmud teaches, Leah was the first to thank God for giving her something that was not expected (Brachot 7b).

When something wonderful happens to us in life that we were not expecting – something to which we were not entitled – we feel compelled to express gratitude. After all, we didn’t deserve it and so the least we can do is say thank you. Conversely, when we feel something is due to us, something is owed to us, we are less apt to express gratitude because, after all, that was something I was supposed to have anyway. And when the expected does not happen, that is often when we become frustrated or angry because, after all, it was supposed to happen, so why didn’t it?

It is no coincidence that the term “Jew” is taken from Judah (Yehudah), the unexpected son. For it the Jew’s task to teach the world that life and all its blessings are but a gift for which we must express gratitude.

Happy Thanksgiving to you and your family.