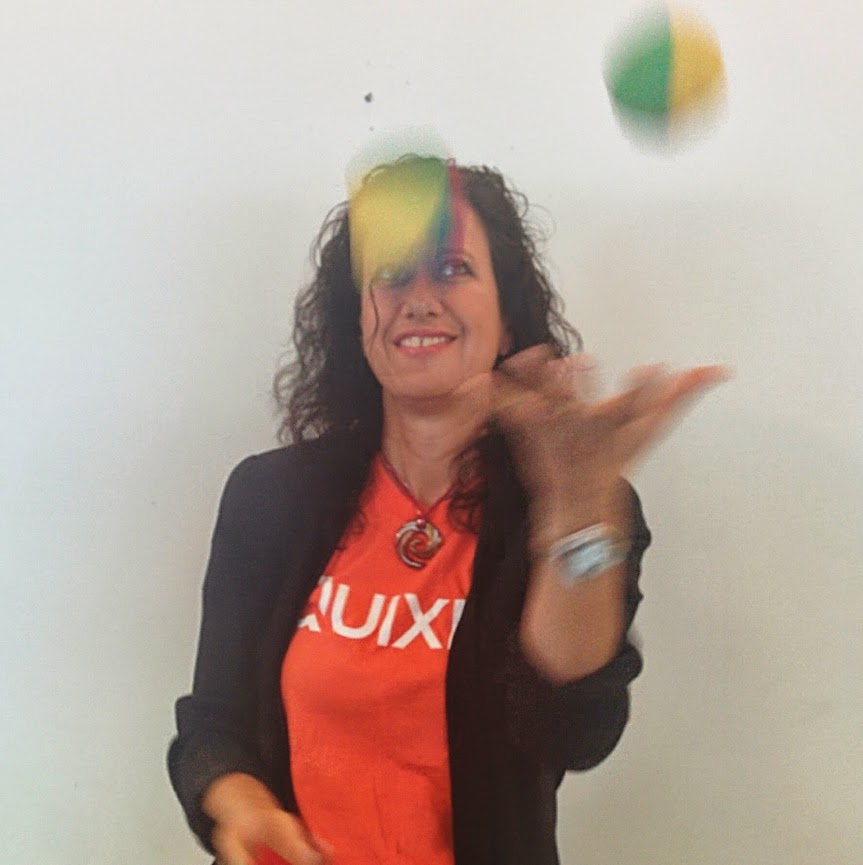 ‘Mobile search is broken,’ says Mor Schlesinger, Head of Quixey’s Tel Aviv office. With over $100 million in funding, this startup is building the next generation of mobile search.

Apps and the information within them are not searchable, explains Schlesinger. When you need a taxi, she offers as an example, you may open GetTaxi or Uber. You may even have two phones and open one app on each. But there is no way to query one phone with the term ‘taxi’ and receive a list of local taxi services, their estimated arrival times, their prices and their features, such as luxury car or seven-seater van.

That’s because what an app actually does is not well documented in the app stores. Type ‘taxi’ into the search bar of an app store, and instead of finding taxi services, you’ll likely see children’s games that have ‘taxi’ in the name.

In fact, it’s rather cumbersome to search for apps. You begin in a particular platform (Apple, Android, or otherwise), browse the categories (games, business, lifestyle, etc), and then have to scroll through ‘featured’ apps. The process is time-consuming, but more importantly, Schlesinger stresses, the quality of results is poor. People struggle to find apps, and likewise app developers struggle to find their audiences. 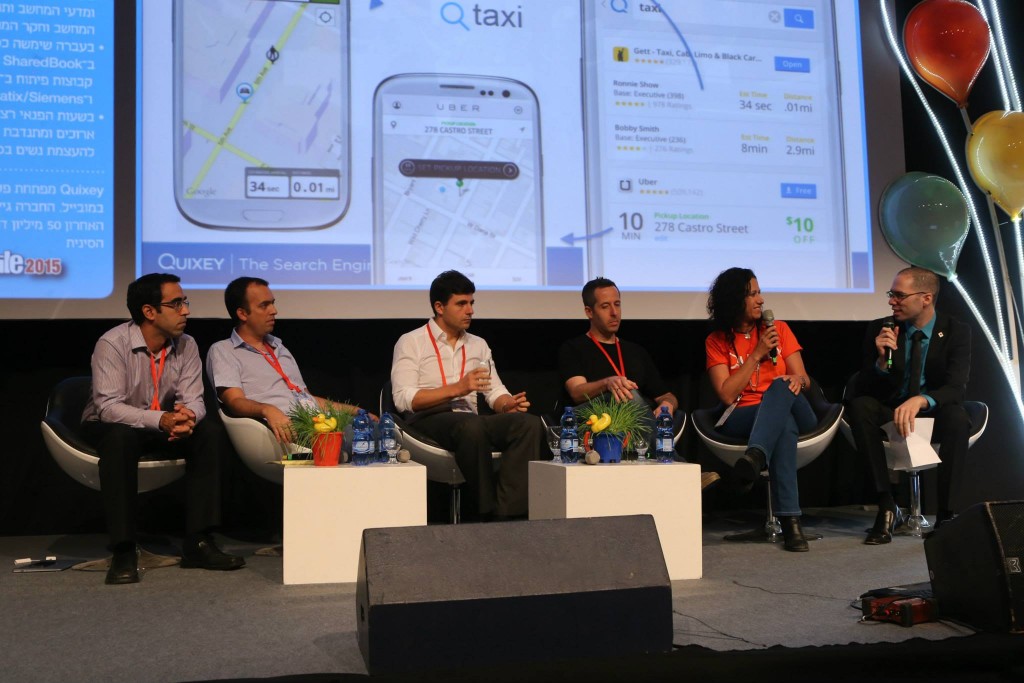 To solve this problem, the Quixey team realized that they would have to build a new data model — one in which apps themselves (not their categories) are central. In other words, there are apps and there is a lot of data about those apps. The user base, the ratings, the number of mentions on Twitter — the data points are innumerable, as are the relationships between them. But ultimately, trends in the data reveal what the app does and why people use it.

Schlesinger and her team are responsible for gathering that data. But instead of locating data on each individual app, they are developing algorithms that are able to extract data about any app they encounter. These algorithms prioritize and sort the data that relates to an app’s function — not merely its title or rating. 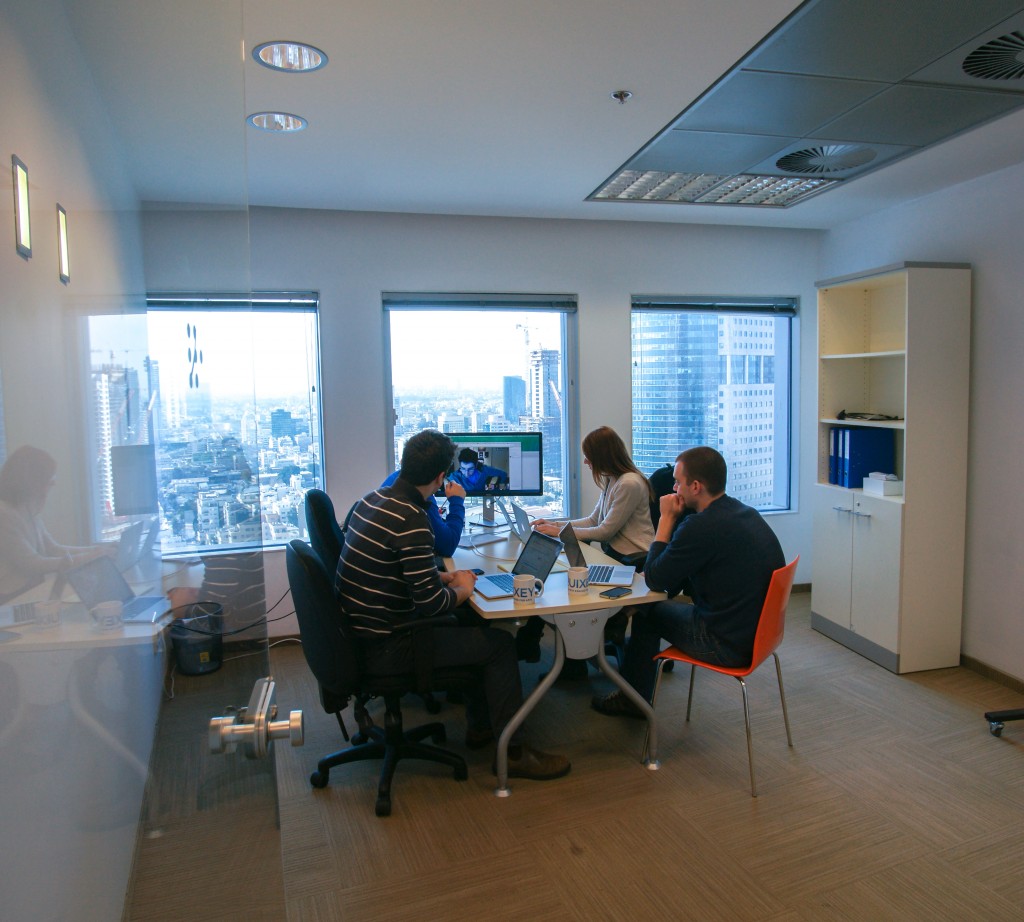 The team at work, video conferencing between ten time zones.

To make their results more precise, Quixey has developed their own links that connect native apps to the web with http URLs, called AppURL. Analogous to websites and the many individual web pages they contain, AppURL labels each app and the different places within it using a unique URL. The search engine can then crawl these URLs and direct users to specific points within an app (for example, an offer for a lower taxi fare to the airport). The idea, says Schlesinger, is to build a whole product so that users can find exactly what they need in one place.

Quixey’s approach of building a company around a problem — rather than a solution — allowed the team to understand the cause and nature of the problem, not merely its symptoms. It’s what attracted Schlesinger to the company in the first place. ‘They presented me with a problem that I didn’t know how to solve,’ she remembers. ‘It was a challenge.’ 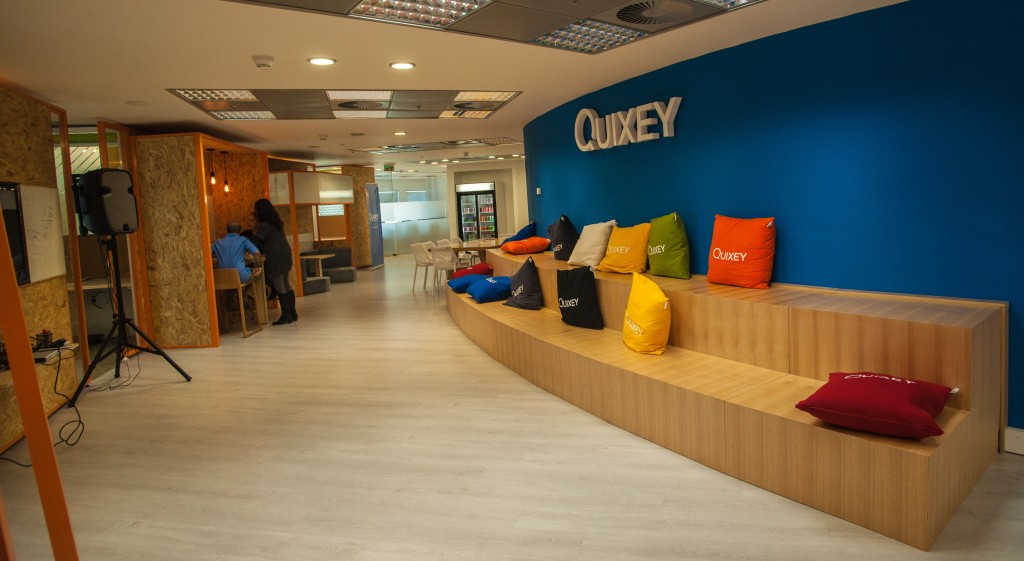 Welcome to Quixey’s Tel Aviv office in the Azrieli Center.

A mother of two, an avid triathlete, and a VP of Engineering in a male-dominated industry, Schlesinger likes challenges. Unlike the Quixey founders, she comes from a corporate background. At the age of 17, she worked as a developer at IBM, and after completing her degree in Mathematics and Computer Science at Tel Aviv University, she served in 8-200, the elite unit in the Israeli Military responsible for technological intelligence. The corporate world, she says, taught her discipline and organisation, especially because early into her career, she took on managerial roles.

Corporate culture also showed her what challenges she would face as a woman. ‘It’s not enough to be strong and independent,’ she says. If we want workplaces and board rooms to be more egalitarian, ‘we [women] have to achieve it ourselves.’ Under her leadership, Quixey’s Tel Aviv office has grown into a team of more than 22 full time employees, nearly half of whom are women. She is quick to point out that the entire team meets the standard hiring criteria of talented, collaborative, and dynamic problem solvers; 45% of them just happen to be women. 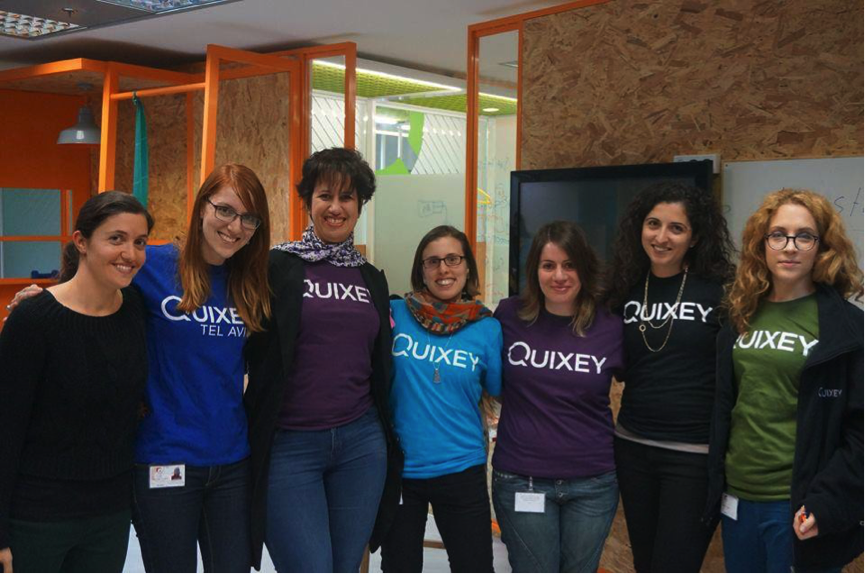 ‘The change has to come from us,’ says Schlesinger.

Israel, she says, is like everywhere else. Women have managerial roles, but they are few in comparison to the number of men in such positions. Yet in addition, Israeli society places a high value on family. It’s a great place to raise kids, you’ll hear people say, but it’s also rare that a young couple doesn’t have children — often they have not one child, but many. Mothers are expected to give their all to raising children, and they often do. Therein lies the challenge.

Employers don’t always make it easy, Schlesinger says. Or they may not even be aware of their biases. For example, important company-wide meetings that are scheduled in the late afternoon tend to exclude parents who need to pick up their children from school. She cites a study commissioned by Microsoft which finds that more women step out of the workforce after they have had their second child — precisely when parenting becomes more difficult and responsibilities at work increase. Schlesinger thinks there are plenty of practical ways in which employers can level the playing field, but she emphasizes, ‘the change has to come from us.’ 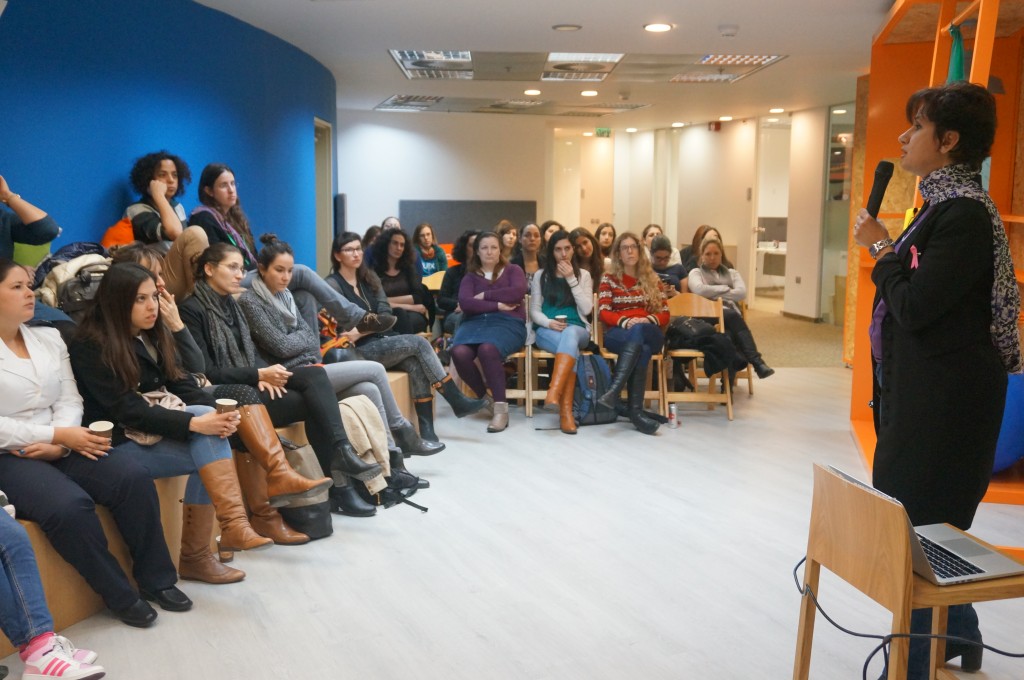 Schlesinger speaking about how to empower more women in the tech industry.

Schlesinger also works with groups like She Codes and the Ministry of Education’s Cyber Program to bring in young women and girls into the Quixey office for lectures and workshops. To empower more women in the tech space, she advocates a top down and bottom up approach. While companies need to open more doors to women managers, she says schools also need to do a better job of encouraging young girls in the fields of computer science and engineering.

Recently, Schlesinger gave a lecture in the Quixey office about women in tech. Her 14 year old daughter attended and kept nudging the person sitting next to her, asking, ‘Isn’t she amazing?’ The crowd seemed to agree.