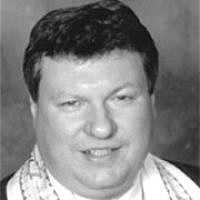 I am haunted, for a moment, by Leonard Cohen.  It is his song, “Who By Fire.”  His radical revision of the High Holy Day prayer Netaneh Tokef asks who we will lose, in the coming days.  He asks, about our fate::

And who by fire, who by water?
Who in the sunshine, who in the night time?
Who by high ordeal, who by common trial?
Who in your merry, merry month of May?
Who by very slow decay?
And who, who shall I say is calling?

We live, now, in the midst of fear, and loss.  But when I look ahead, I see something else.  The idea of May brings me hope, for recovery and renewal, in the days to come.

“Renewal.”  A word which, in its essence, depends on looking at something old in originally unanticipated ways.  Or, in this day and age, perhaps I should say, in “novel” ways.

So, now, do we see almost everything around us through a Corona-colored lens.  And we search the past for clues about what is yet to come.

So here is the story I want to tell this month.  I want to take the old rhyme about April showers and May flowers as an occasion for hope.  Without effort, without much of a stretch, I see every holiday, every occasion for celebration in the month of May as part of the picture of this still unfolding pandemic.

May Day.  May 1 (every year).  An ancient rite, with dances and singing and wrapping ribbons around a flag pole in tradition-minded places like Bryn Mawr College, (missing those in-person customs deeply in what would have been our daughter’s first year there), this day became known as International Workers’ Day.           What better time than now to remember all the workers on the front lines, those who pick fruit and ship food and handle groceries, who move goods and endanger themselves… at this time of dependency.  This is a moment when our too often invisible cords of connection to one another become more obvious, for all of us to see.  (The globally recognized distress call, in contrast, is a single word – mayday – and it comes from the French “m’aider,” meaning, “help me.”  Although its role alerting others about a life-threatening emergency is potentially appropriate now as well.)

Cinco de Mayo.  May 5 (every year).  Originally a celebration of a victory in battle of a small force over a larger one (Hispanic Chanukah?), this day has come to be, in the United States, a celebration of Mexican culture.  Probably to be held without parades this year, still, at a time of fear of foreigners, in recognizing one particular culture, we may yet uncover a sense of our shared humanity.  At a time of attempted isolation and separation, it is a reminder that disease knows no border, and the instinct to be with those who are like us must be balanced by the awareness of a global crisis.

Lag Ba’Omer (the 33rd day of the Counting of the Omer).  May 11/12, 2020.  Lag Ba’Omer is a minor and somewhat obscure Jewish celebration, not mentioned anywhere by this name until the 12th century.  There are many theories about its origin – one of which is particularly relevant this year.  We are instructed in the Torah to “count” the Omer, the daily grain offering which linked the barley harvest of Passover to the wheat harvest of Shavuot, 50 days later (hence Shavuot is the origin of the Christian holiday “Pentecost,” which means “fifty.”)  This period came to be, in Jewish life, a time of semi-mourning.  Traditionally Jews would not get married, hold huge celebrations, or cut their hair during this period of time.  Except on Lag B’Omer, during which aspects of mourning are set aside.  Why?  One explanation harks back to a terrible plague in the land of Israel in the second century CE, which killed off 24,000 students of Rabbi Akiva.  The plague “broke,” we are told, on Lag Ba’Omer, the 33rd day of the counting of the Omer.  The holiday is observed, today, mostly in Israel, with bonfires, parades, festive meals, songs, weddings… and haircuts.  But the idea that a plague ended on this day… truly, please, if not sooner… may it be the case for us, here, and in our world, this year, in the midst of this pandemic.

Memorial Day (US).  May 25, 2020.  Like July 4 and Labor Day in the United States, this celebration has been transformed from its original intention to one of family trips, barbecues, and simple a celebration of summer.  But it was meant to be a serious occasion.  This is the day for remembrance of those lost while serving in the armed forces.  While that is a serious theme, and it should not be diluted or mixed with too many other things, perhaps, for this year, we can stretch the meaning, to apply more widely.  Symbolically if not in actual fact – and again, meaning no disrespect to real soldiers – we are all on the front lines of this fight.  This year, perhaps, we can take the time to remember the nurses and aides, the physicians and health care workers, the police and firefighters, all those lost to this terrible disease in our mutual defense.  To all those who “serve and protect,” in any way… my thanks to you.  And may you be remembered.

Shavuot (The Festival of Weeks).  May 28/29, 2020 (in Israel and for Reform Jewish; through May 30 for Conservative and Orthodox Jews in the Diaspora).  Originally an agricultural holiday (the wheat harvest), one of the three Pilgrimage Festivals of the Torah in which the ancient Israelites made their way to Jerusalem, this day became known as the anniversary of Sinai, and, thus, a celebration of Revelation.  Although the Torah itself describes only (only!) the Ten Commandments as given at Mt. Sinai, later Jewish tradition sees the event as an utterly unique moment in history, and came to believe that at that moment, the entire Torah – the written tradition and the oral search for meaning, all of Jewish life, was given, in that time, and that place.  So, this year, to me, Shavuot is, indeed, about Torah.  But by that, I mean Torah, as I describe it below.

I am in the middle of an amazing book, by the scholar Christine Hayes, called What’s Divine about Divine Law?  She outlines the ways in which Torah, divine law, came to be associated with reason, with wisdom, with natural law… and with truth itself.

And so, this Shavuot, in my hopes and my prayers, I will focus on… facts, over fantasy.  Science, over insanity.  Medicine, over madness.  Knowledge, over the cynical peddling of fear and false fixes.  Because I believe that Redemption comes from the Revelation of the real, that along with prayers and piety must be tests and treatments and vaccines.  If Torah is wisdom, if it is in harmony with nature, if it is a gift from a God of love, then we know how to search for answers, be loving towards each other, and find our way through this, past this, to the world as it will be on the other side of all this.

For other holidays in the month of May, many of which you never heard of (National Eat What You Want Day, Clean Up Your Room Day, Birth Mothers’ Day, Visit Relatives Day or, ahem, Tourist Appreciation Day, to name just a few), go to http://www.holidayinsights.com/moreholidays/may.htm.

I am not sure how to relate each of these to our current condition – Visit Relatives by Zoom Day?   (And who will you say is calling?)   But unlike the warning at the end of some commercials, please, yes, have a few minutes of distraction by doing this yourself at home!

Whatever the next month(s) may bring, for all of you… for all of us… may be you safe, and healthy, and well.  And may we see each other again… up close, and personal, but safe.  B’karov b’yameinu.  Speedily, and in our day.

About the Author
Michael L. Feshbach serves as Rabbi of the Hebrew Congregation of St. Thomas in the United States Virgin Islands -- the second oldest synagogue in the Western Hemisphere. He is a Senior Rabbinic Fellow of the Shalom Hartman Institute. He also was, most recently, Senior Rabbi of Temple Shalom in Chevy Chase, Maryland, and had previously served congregations in Buffalo, New York, Erie, Pennsylvania and Boca Raton, Florida. While in Erie, Rabbi Feshbach taught at Allegheny College and served as the summer rabbi for the Hebrew Congregation of Chautauqua, New York. Rabbi Feshbach is the author of several articles and book chapters. Born in Silver Spring, Maryland, he attended Haverford College and the Hebrew Union College-Jewish Institute of Religion, where he was ordained in 1989. He is married to Julie Novick. They live in St. Thomas, and have three children: Benjamin, Daniel and Talia.
Related Topics
Related Posts
Comments