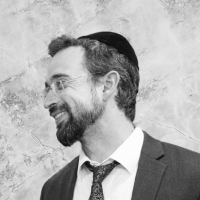 The Blogs
Yaakov Trump
Apply for a Blog
Advertisement
Please note that the posts on The Blogs are contributed by third parties. The opinions, facts and any media content in them are presented solely by the authors, and neither The Times of Israel nor its partners assume any responsibility for them. Please contact us in case of abuse. In case of abuse,
Report this post. 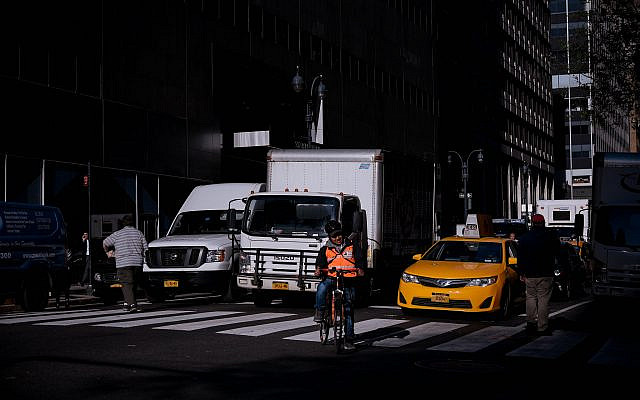 Not too long ago I had the good fortune of defending the Jewish people. It occurred when I was innocently visiting the barber salon waiting for my regular haircut. The barber called out across the room: “Rabbi, you are next.” Upon hearing my title, an elderly Italian gentleman in the waiting area lifted his head and looked at me – this young-looking apparent spiritual leader. He then launched into a diatribe about Jews and their driving. He exhorted me to tell ‘your people’ to learn how to drive better. ‘Your people need to listen to rules of the road, not take illegal rights, to stop double parking without signaling and just stop pushing all the time.’ He went on to describe how the 5 Towns neighborhood used to be much more law-abiding and enjoyable to drive in, before the Jews came. The prime culprit, he announced – those young 30-year old women in large vans.

Ignoring the anti-Semitic overtones, I did my part to explain how the Jewish community lives under immense pressure. It has the need to live in overpriced areas within walking distance of synagogues, pressure to get married early, pressure to raise large families and the pressure to pay for private education. All that pressure leads to the need to juggle a lot – multiple jobs, family extracurricular activities and community obligations. I also ventured that even if I were to make the case from the pulpit, the community was not particularly interested in listening to traffic advice from its Rabbis.

But after I left that barber’s shop, I began to reflect on this unexpected moral assault. The first thing I noted, rather defensively, was that this fellow was completely off mark. In truth, this trend of bad driving, is not only a Jewish problem at all.  In New York City, from August 2020 till August 2022 pedestrian injuries have increased by 23.5%, and there has been a 5.3% increase in death from vehicle crashes. The annual average of scooter and moped crashes in NYC increased 258% from 2018-2021.[1]

I was recently chatting to a Stephanie Pollack, who has served as a state and federal transportation official. She mentioned that there has been a sharp rise in deaths on the roads in the United States since COVID. She believes it is a function of depersonalization that COVID exacerbated. People attack others they have never met on the internet, specifically because they never met them. They are seen as just profile pictures and social media handles, not real living, breathing human beings. Faceless straw men become easy targets in the mud-slinging cancel-culture around us.

Cars provide that same level of anonymity. When we push to cut in early, or make sure to close the gap so no one can get a 1 second advantage of being ahead of us, we never look at the driver. We look at the car. We imagine it is the car we are cutting off. Has it ever happened that you look through the window only to realize that the person you rudely cut off was the physician who just took care of your kids yesterday?

Bad driving in Jewish neighborhoods around the New York metropolitan area is simply an assimilation of the New York Jewish community into it’s surrounding hard-nosed culture. I remember the first time I visited America two decades back. My friend was driving me from Washington Heights to New Jersey. To get onto the bridge it was necessary to cross 2 lanes of oncoming traffic without a light to reach the highway onramp. Naturally no one let us in and so my friend just did what everyone else did – he took a small gap and turned straight into the oncoming traffic forcing them to stop inches from the car as he made it onto the onramp. After recovering from the initial shock, I told myself that if I ever live in New York I would never drive like that – on either side. However, now reflecting as a resident, it becomes difficult not to when the culture is always about pushing in. It is a very likely outcome for people to be tougher drivers when they live in the city that never sleeps, where a daily commute can be 1-1.5 hours each way.

But having acknowledged all this, I came back to the same uncomfortable truth. There is still no excuse for this manner of conduct in the Jewish community. Judaism has been a perennial question mark on the negative social norms and immoral values in society around. Judaism has had to buck the trend of many a society. There is no excuse for people drive the way they do, to cut people off, to double park anywhere and everywhere and drive with any indication of turning. Where I grew up, in Johannesburg South Africa, when there was a narrow part of the road with two cars approaching in each direction, flashing lights was a signal to offer the other person to go first. In our locale in Long Island, flashing the headlights is usually the precursor to speeding up – a way of saying ‘I am going, so get out of the way.’ I notice that around our neighborhood people use their indicator signals only when they want to show you they are pushing in last minute. They do not indicate to demonstrate their intent to turn for the benefit of others. It behooves those steeped in the value system of Judaism to maintain its values and sensitivity to others in the face in this ever increasing aggressive and self-focused manner of driving in the surrounding society.

The Talmud Bavli in Eruvin 65a teaches that there are three full-proof methods of understanding the true character of an individual. They can be easily remembered because they all begin with Hebrew letter ‘kaf’. A person can be understood בכוסו “in his cup” – the way he drinks alcohol; בכיסו ״ in his wallet” – how he deals with money; and בכעסו “in his anger” – the way he deals with volatile emotions. I thought it would be poetic justice to add a 4th “c” word – the car. The way a person drives is a true measure of their real personality. Unfortunately, that may not so flattering for many. The car is the exact expression of all three of these character tests. The worst of driving is as a function of drunkenness (the cup), the pursuit of some meeting to a financial goal (the pocket) or simply road rage (the anger).

This is not an article to suggest that everyone drives badly. In fact, just as the car is the vehicle for character corruption through selfish conduct, it is also a vehicle for character refinement. It is a place in which one can choose to be gracious, thoughtful and polite. The Rambam describes the way wise people behave as follows:

Every time we get into our car it is an opportunity to make the decision between either of these poles of behavior. Giving ourselves an extra 5-minute cushion to reach our destination means we will tailgate a senior less, cut off others more seldomly and be overall better citizens in our shared space and society. Every daily commute can be the space we grow through selfness, kindness and caring. We can let others in and become outstanding examples in a society which is down-trending in this arena. This is an expression of Judaism, not just in theory but in practice.

About the Author
Rabbi Ya’akov Trump serves as the Rabbi of the vibrant community of the Young Israel of Lawrence Cedarhurst. His mission is to share his passion for the Torah and its relevance in contemporary times. His innovations have led to numerous engaging programs in the community and beyond. He is a featured speaker on YUTorah.org, has his own Nach Yomi website, has a podcast and recently released his own App.
Related Topics
Related Posts
Yaakov Trump