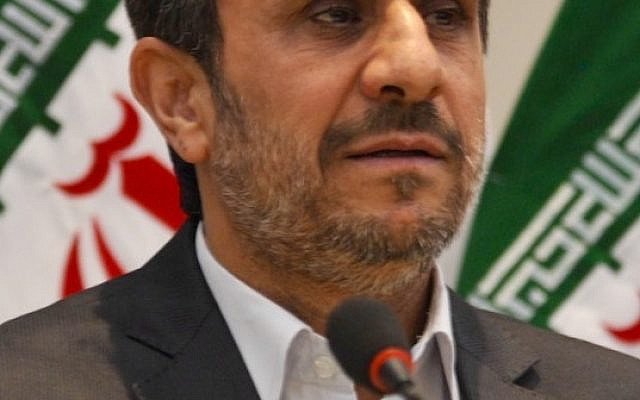 Protests in Iran are gaining momentum! With every passing day, more cities and more people have taken to the streets, calling for the toppling of the Islamic Republic of Iran. For four decades Iran has lived under the yoke of a regime which has claimed thousands of lives to its intolerance and barbarism. And though mainstream media has insisted on mischaracterizing Iran’s budding revolution so it could better push for ‘normalization’ under the JCPOA, the streets of Iran stand testimony of the people’s will.

Iran’s protests are not merely motivated by inflation, rather the realization that there can be no future under the Ayatollahs; and that a life unspoken is actually not worth living for.

“Iranians of all socio-political backgrounds and creeds have together to challenge their oppressors and demand that the world bear witness of their struggle. There can be no retreat. City after city, province after province, my people shall be free! Our voices are that of Freedom! Our call is for a secular and democratic Iran. We reject the Islamic Republic as it is an enemy of the people!” says Alex Kennedy [alias], a leading member of the Opposition in exile to the Times of Israel.

Amid such popular furore news have surfaced within Iran proper of a new coalition within the deep state, one which ambitions to introduce a new phase of Iran’s Islamic Revolutionary movement – one which could spell disaster for the region.

Since its very inception Iran’s ideologues imagined the Republic as the cornerstone of a broad regional movement which would facilitate the advent of a new era, that of the Governance of the Jurist, so that the dominion of Shia Islam could be asserted over all. The carrier of a tradition anchored in the belief that global Jihad will cleanse communities of Western apostasy, Ayatollah Ruhollah Khomeini, revived the cult of Hussain (the grandson of the prophet of Islam), selling martyrdom as the highest sign of piety. Khomeini believed himself to be imbued with a holy duty – the precipitation of the return of Islam’s promised Messiah, the 12th Imam: Mahdi.

It is within this optic that the Grand Ayatollah waged war on his own people, painting all defiance to his edicts as acts of enmity against God. It is within this narrative of religious extremism and intolerance that both the Jews and America were elected for slaughter.

And though many will smile at the insanity of such a belief, such are the tenets many of the regime’s men adhere to. Their worldviews are to be read through the lens of Islamic mysticism, their actions understood as part of a grand ‘restructuring’ of the greater region so that their Imam could return and rule unburdened.

To that end hardliners are willing to commit the worst of atrocities … even betray the very man they rose to the highest office. Under the flag of the Islamic Republic no life is too sacred …

My travels in Iran taught me that Iran’s particular brand of fanaticism runs deep, maybe more to the point that the cult of Imam Mahdi sits so absolute it has defined the country’s politics and intellectual currents. Let’s remember how former President Ahmedinejad stood before the United Nations General Assembly to speak about the regime’s primary goal: paving the way for the reappearance of the 12th Imam.

I recall the many conversations I had with Iran’s high ranking officials and their warnings that in their pursuit for his return [Mahdi] they were willing to “set the world on fire” and “bring the enemies of God to kneel before the Leadership.”

Such words cannot be dismissed as the mere ramblings of over excited religious zealots. They are the expression of a grand military agenda.

Today the threat is more palpable than ever. At such a juncture in its history, when the Islamic Republic is facing annihilation by the hands of the people it once claimed to emancipate from the rule of the Shah, a group of men may be plotting the final stage of Khomeini’s plan.

Tehran’s corridors of power have been filled with the echo of an alliance between three of the Islamic Republic’s main factions: Raisi’s harliners, Rouhani’s reformists, and Ahmedinejad’s camp.

Radical among radicals, Ahmedinajad once declared himself to be God’s representative on Earth.

Interestingly enough the former president foretold back in 2021 that he believed the regime would soon fall – by way of a popular uprising no less, brought about by an economic collapse; and that he would play a role in its demise. The news was confirmed by Abdolreza Davari, Ahmedinejad’s former aide, in an interview with Iran International.

According to several sources in Tehran, the ‘Alliance’ is anticipating the fall of the Leadership, a reality they know the regime won’t control unless drastic actions are taken. “Safe of a massacre, the deep-state knows revolutionaries will overwhelm the state security apparatus. Weapons have already been sent to protesters in cities across Iran and should protests spread further there will be no containing the people’s uprising. The regime knows this … Khamenei is not the leader he used to be and he won’t survive the mass protest,” a informant deep within the regime tells me.

“There are only two ways this is going to go: either Khamenei is killed or he will willingly pass on the torch to an appointed successor – most likely President Raisi.”

Following such planned transfer of power the aforementioned ‘Alliance’ intends to move the capital from Tehran to Mashhad – Iran’s holiest city, and home to the shrine of the 8th Imam of Shia Islam: Reza, the very city Ahmedinejad once dubbed the “spiritual capital of the Islamic Republic.”

Strong within the walls of Mashhad (located in the province of Razavi Khurazan, which borders Afghanistan and Turkmenistan) the Islamic Republic’s new Leadership ambitions to wage a global Jihad on those who oppose by their disobedience the advent of the 12th Imam.

If we keep in mind that it was once foretold one of the greatest generals of the Mahdi would come from Khurasan, one can understand the significance Mashhad plays within this myth.

There, at the shrine of the 8th Imam, the new Leadership will raise the red flag of holy war and call on its followers worldwide to rise against the enemies of God, those powers the Islamic Republic has made a point at identifying in its fiery slogans.

And since all critics of the regime are necessarily labeled as foreign agents it is easy to envision how the Leadership will rationalize the murder of its own people, and seek to justify a broader regional assaults to secure its survival.

The arms of the Islamic Republic stretch wide and far … Tehran’s network of Terror is a global sprawling machine with outposts, which, unfortunately long breached our democratic defenses for we imagined our tolerance would disarm its most virulent advocates.

On the eve of its fall from grace, the Islamic Republic stands most dangerous of all!

And though we may not believe in the irrationality of such a belief system, the threat lies in the fact that the regime’s men absolutely do. Before such a threat, no nation can claim immunity.

About the Author
Catherine Perez-Shakdam - a Research Fellow at the Henry Jackson Society and former consultant for the UNSC on Yemen as well an expert on Terror and Islamic radicalisation, Catherine is a well-known political analyst. Raised in a secular Jewish family in France, Catherine found herself at the very heart of the Islamic world following her marriage to a Muslim from Yemen. Her experience in the Middle East and subsequent work as a political analyst gave her a very particular, if not a rare viewpoint - especially in how one can lose one' sense of identity when confronted with systemic antisemitism. Determined to share her experience and perspective on those issues which unfortunately plague us -- Islamic radicalism, Terror and Antisemitism Catherine also will speak of a world, which often sits out of our reach for a lack of access.
Related Topics
Related Posts
Comments