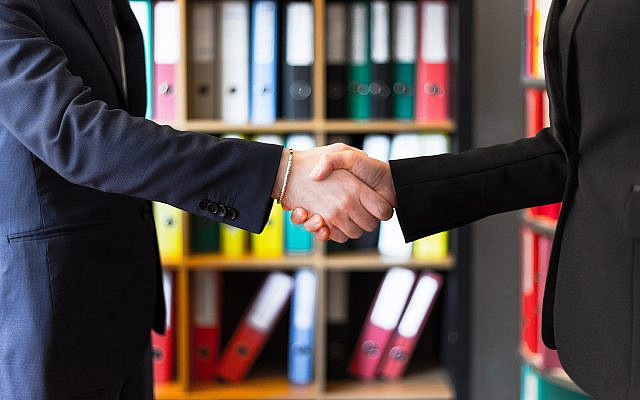 Lawyers have had a bad reputation since…….well, since there were lawyers. So are you doomed if you need one or is it possible to find a good, trustworthy attorney?

We’ve all heard (and told) our share of lawyer jokes. As with all good jokes, they’re funny because there is so much truth to them. There are untrustworthy, money hungry and always unavailable lawyers. And unfortunately, here in Israel, lawyers also live up (or down) to these characterizations. I have met quite a few myself. Having said this, I want you to know I have worked with some wonderful attorneys here in Israel. And I’m hopeful that as our little country grows and becomes more international, there will be many more.

What contributes to the negative image?

In my opinion, the challenges of life in the Middle East and an individual’s personality both contribute to the negative image. When you make Aliyah from an Anglo country, one of the first things you notice is the lack of lines. No lines for the bus. No lines for a falafel stand. Everyone is in a hurry, and pushing and shoving to get there. The aggressiveness is so different from ‘back home’. I think there are a couple of reasons for this behavior.

So this, ‘win at all costs,’ approach in one’s personal life spills over into their professional one. How can you trust an attorney who advises their clients to hold out, demand more and go for the jugular? This often turns a divorce case into World War lll, unnecessarily.

How important is a lawyer’s personality?

And sometimes, a lawyer has indeed chosen the profession for the money and prestige: the title of advocate, a partnership in a distinguished firm, the corner office. Bringing more suits in court means more billable hours. And advising a client that litigation is necessary to get the best deal in their divorce serves that purpose. I had a case recently where I offered a settlement on behalf of my client. (The judge actually stated that she thought it was a very fair offer given the facts of the case.) But the other lawyer insisted his client bring another suit with additional evidence that would prove she was entitled to a bigger settlement. In the end, the extra litigation cost the client money she didn’t need to spend because the judge ruled that the original offer was completely in line with the new evidence as well. And the ex-spouse ruined any good will that was left between herself and my client.

The biggest legal stumbling block to an amicable divorce is not what you think.

The legal system in Israel is so unfamiliar to an Anglo immigrant. Not only is it conducted in Hebrew, but many of the laws are different as well. We have two court systems here. The secular Family Court and the Religious Court. Anyone going through a divorce has to deal with both and the race to choose the best court to hear their case. Then there’s the client who wants to hurt their soon-to-be-ex in any way possible.

But surprisingly, it isn’t the complicated legal system or even the clients themselves that are the biggest stumbling block to an amicable divorce. You guessed it. It’s the lawyers. Many people believe getting attorneys involved in divorce will make matters worse between a couple. The recent movie on Netflix called Marriage Story, illustrated this quite powerfully.

What is a good lawyer?

Calm and Compassionate   Lawyers are human. I know, for some that’s debatable. But I can tell you from personal experience, it’s heartbreaking to meet people going through one of the worst experiences of their lives. But it’s an attorney’s responsibility to stay calm and focused even when their client is upset – to listen compassionately and ask the right questions. He or she must be able to gather all the facts of the case to provide the best representation and result for the client. He knows that his client may need emotional support while going through this stressful time so it’s always a good sign when a lawyer offers access to a professional counsellor that he trusts.

Advice that Benefits the Whole Family  A lawyer can play an exceptionally important role in the future of a family. When mediation is encouraged as a path towards divorce, an attorney is focusing on the client instead of his own bottom line. Litigation is very expensive and often results in losing any possible financial gains. It may very well be possible to reach a mutually beneficial agreement and avoid long and expensive litigation. Having a couple work together instead of against each other sets the stage for a calmer and more stable future for the kids and the extended family.

Empowering Clients  A good lawyer knows that an educated client is an empowered one and is better able to make well informed, responsible decisions for their family’s future. A good attorney will do everything they can to help educate you on your individual legal challenge even before you hire them, by providing videos and ebooks as well as articles and webinars.

There are reasons for optimism.

Things are looking up. Even though people don’t generally trust lawyers and the jokes are here to stay, there are some lawyers in Israel setting a much higher standard than ever before. It is possible to find an attorney that you feel comfortable with. One who speaks your language and who you trust to help get the best possible outcome. And knowing what to ask a lawyer you are considering hiring, is your best guarantee of finding a perfect fit.

I’ve seen my share of lawyers in real life. I’ve stood with them in court where battles have been fought. And negotiated deals around the table where agreements were made. I’ve come away angry and frustrated. But I’ve also been surprised and encouraged.  So, take it from an insider. There are good, trustworthy attorneys out there. I know this is true because I have had the privilege of working with them.