The Blogs
Zachary Truboff
Apply for a Blog
Advertisement
Please note that the posts on The Blogs are contributed by third parties. The opinions, facts and any media content in them are presented solely by the authors, and neither The Times of Israel nor its partners assume any responsibility for them. Please contact us in case of abuse. In case of abuse,
Report this post. 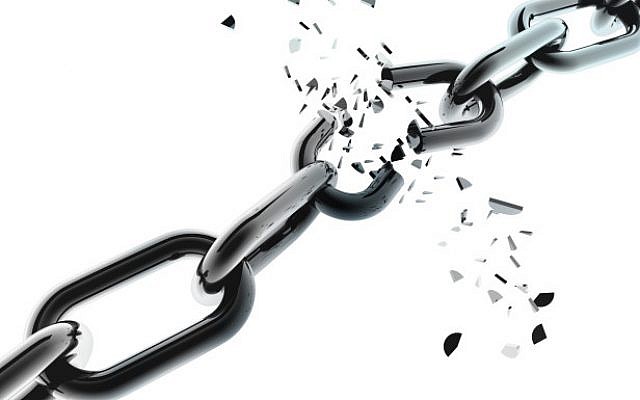 Its easy to assume that once the Jewish people are out of Egypt they are free. Their masters have been humbled and their chains have been broken. Freedom, however, is rarely as easy as this. Rav Kook once wrote that:

The difference between the slave and a free person is not a matter of one’s personal or legal status- that this one is enslaved to another and that this one is free. We are able to find slaves who are enlightened so that their spirit is full of freedom and the opposite: free people whose spirit is that of a slave. (Commentary on the Haggadah)

According to Rav Kook, there are slaves who are free and free people who are slaves. It all depends on the spirit of the individual. This point has been a recurring theme in Jewish history and is beautifully illustrated by Rabbi Yitz Greeberg in his words on the meaning of matzah. Most associate matzah as the bread of freedom, because it failed to rise when the Jews were in such a hurry to leave Egypt. However, the haggadah also calls matzah the bread of affliction and declares that it was the food our ancestors ate while still slaves in Egypt. Rabbi Greenberg notes that as a result:

To be fully realized, an Exodus must include an inner voyage, not just a march on the road out of Egypt. The difference between slavery and freedom is not that slaves endure hard conditions while free people enjoy ease. The bread remained equally hard in both states, but the psychology of the Israelites shifted totally. When the hard crust was given to them by their tyrannical masters, the matzah they ate passively was the bread of slavery. But when the Jews willingly went from green fertile deltas into the desert because they were determined to be free, when they refused to delay freedom and opted to eat the unleavened bread rather than wait for it to rise, the hard crust became the bread of freedom. (The Jewish Way, p. 47)

Like Rav Kook, Rabbi Greenberg understands that freedom ultimately depends on the hearts and minds of those who hope to achieve it. Matzah is both the bread of slavery and the bread of freedom. It is not the food itself but the choices we make that will determine how it will taste.

At a time when democratic freedom feels like it is in decline around the world, these words are all the more important. Just like those who thought that the Jews were free once leaving Egypt, its easy to believe that freedom is a function of elections and civic institutions. Freedom, however, is dependent on all of us. This point was fundamental to one of the most significant 20th century thinkers on freedom, George Orwell.

The point is that the relative freedom which we enjoy depends of public opinion. The law is no protection. Governments make laws, but whether they are carried out, and how the police behave, depends on the general temper in the country. If large numbers of people are interested in freedom of speech, there will be freedom of speech, even if the law forbids it; if public opinion is sluggish, inconvenient minorities will be persecuted, even if laws exist to protect them. (Freedom of the Park)

The Exodus story demonstrates again and again that freedom is never simple or easy. If it were, we wouldn’t begin every Passover seder with the recognition that this year we are slaves and that next year we hope to be free. What the Exodus story helps teach us, however, is that the choice is up to us.