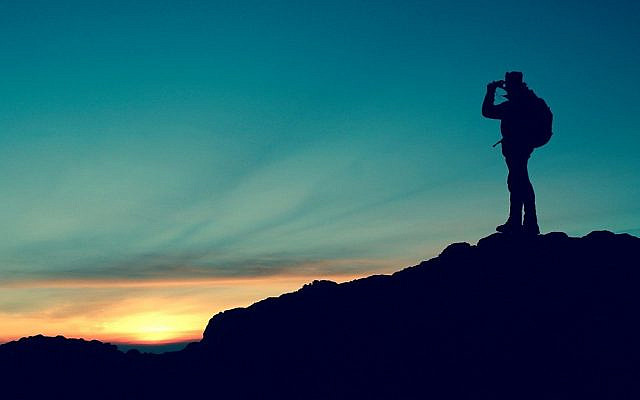 Are you a seeker or a dweller? Scholars of religion have noted that religious people can be categorized as either seekers or dwellers. Seekers are the ones who are looking for G-d, meaning, and truth. They wonder about how religion’s messages and teachings can play out in their lives, and they look to bring a religious ethos into the world. Dwellers look for belonging, tradition, and structure. They want to be part of a community and to be held. Seekers and dwellers often are at odds with each other. A seeker who wants to find truth is not always interested in the parameters and limits of tradition, and dwellers might fear that such a person is a threat to the religious boundaries that they hold dear.

These two categories can be mapped onto two key words which play central roles both in our parasha and that of last week. Last week opens with Avraham saying “גֵּר־וְתוֹשָׁ֥ב אָנֹכִ֖י עִמָּכֶ֑ם – I am a sojourner and a dweller among you.” What is the difference? A ger is a sojourner, one who lives in the land but has not placed roots. He is still moving, travelling, looking for the place — perhaps even the place that he is already in! — that he can call home. A toshav, by contrast, is a dweller, one who came from elsewhere. She has no need to wander; she has found her home.

Avraham says, “I am both a ger and a toshav.” Avraham, first and foremost, is a ger — a seeker of God and a seeker of truth. He is someone who moves. G-d commanded “לֶךְ־לְךָ֛” and he journeys from a distant land to the land of Cannan. Even when he arrives, he does not stay put: travelling throughout the land calling the name of God, leaving the land to go to Egypt when he must, following God’s command and journeying, in his final test, to that land that G-d has shown him. And yet, he is also toshav — he is anchored, anchored in Cannan and in his relationship to G-d. To be just a ger is to be untethered – flying off into the stratosphere. Avraham augments his core identity of a ger by also embracing his identity as a toshav: “a sojourner and dweller I am in your midst.”

Yitzchak is different. He is born in the land of Canaan, and he never leaves it. Even at a time of famine, God tells him: “גּ֚וּר בָּאָ֣רֶץ הַזֹּ֔את – stay, sojourn, in this land.” Yitzchak is the one who will build the structure and community for the following generations. His job is to translate the charisma of Avraham and his religious experiences into an established and well-defined tradition. He redigs the same wells that Avraham dug; he stays in one place and puts down roots. 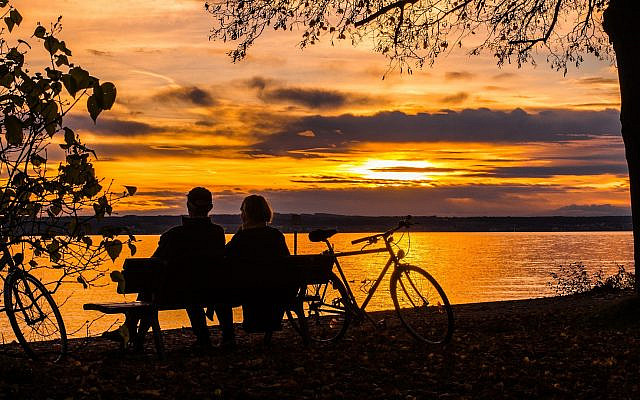 Still, even one who is a toshav cannot — should not — be so exclusively. To be just a toshav is to be complacent — to be held and nothing more. To be happy with the way things are is fine if things are perfect, but in this world, nothing is ever perfect. G-d tells Yitzchak: “גּ֚וּר בָּאָ֣רֶץ הַזֹּ֔את – don’t settle here, but be a ger, continue to sojourn even as you remain in this land.”  Don’t be complacent! Don’t just preserve those wells that Avraham left behind, redig them! What is inherited from the past may have been corrupted; the wells may have gotten filled. And, more to the point — what was inherited risks losing meaning when it is not embraced personally, when we don’t do the work to make the waters flow. “Tradition is the living faith of the dead, traditionalism is the dead faith of the living,” said Jaroslav Pelikan of Yale University. Be a ger, do not let your tradition morph into traditionalism.

Surprisingly though, the next verse reports that Yitzhak did not exactly follow G-d’s word. We read “וַיֵּ֥שֶׁב יִצְחָ֖ק בִּגְרָֽר,” rather than to sojourn, he chose to settle there. He becomes too complacent and too settled not just in Canaan, but even in Gerar, the land of sojourning. What comes next is the consequences of this choice — “אָֽרְכוּ־ל֥וֹ שָׁם֙ הַיָּמִ֔ים – the days dragged on.” He was there for many years, too many years. He felt so safe and secure that let his guard down and was  intimate with his wife Rivka, the most private of acts, in a way that was visible to others.

God’s command, however, was that even someone who is fundamentally a toshav, must also be a ger. Do not be too settled. If you choose to stay within the boundaries of the land, that is a laudable choice. But know that work must yet be done. Work to fix what has been corrupted, and work to make our tradition our own.

This is our challenge as religious people. By choice or by nature, some of us are Avrahams,  seekers who are looking for the truth and following G-d to wherever that takes them. With this comes the danger of always searching and never belonging. For such a person the Torah’s message is: ger vi’toshav anokhi imakhem, even as a ger, you must also be a toshav, you must be anchored in a tradition and a community. Others of us are Yitzchaks. To these dwellers the Torah says “גּ֚וּר בָּאָ֣רֶץ הַזֹּ֔את” — always be, at some level, disquieted. Don’t let your tradition become the dead faith of the living. Redig those wells and make them your own. It is not an either-or. Religious life and religious people cannot be easily divided into either dwellers or seekers. Or at least, they — and we — shouldn’t be.