Overwhelmed by news about Covid, Ukraine, peace no-peace, climate change, USA’s politics… the ever-changing list is long. And about Argentina, who knows?

The feature documentary (75 minutes) included here, “TO ARGENTINA: Another Look,” brings a different perspective of Buenos Aires and Córdoba, as observed during three weeks in late 2021. Rather than being “a three-act story,” it is a sort of “quilt.” It will take you to places, people, and events rarely noticed by visitors or even by residents. 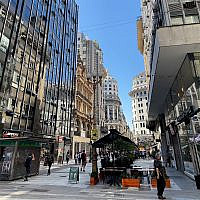 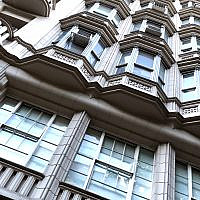 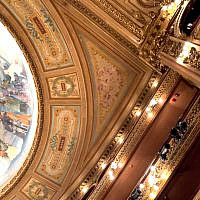 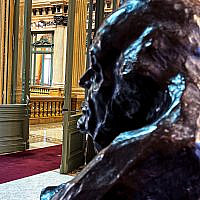 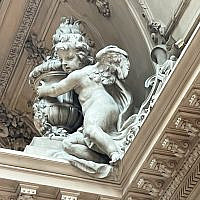 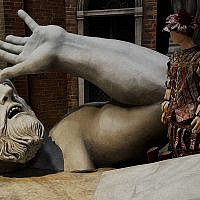 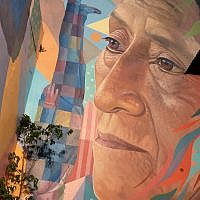 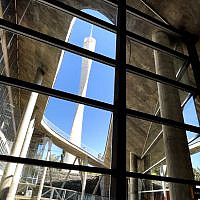 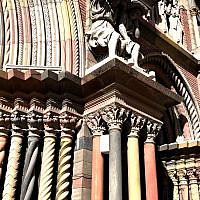 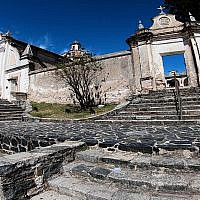 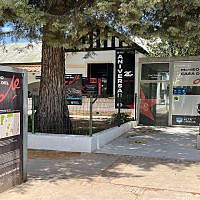 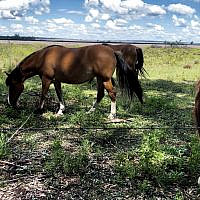 It will walk you through Belgrano, one of Buenos Aires’ forty-eight neighborhoods, a success story of urban high density where many Jews live, where the Conservative Amijai Congregation is located in Buenos Aires’ Chinatown;

it will take you to a unique 96th birthday celebration with opera singers from Teatro Colon;

it will take to Parisian-like boulevards, to Old Palermo neighborhood filled with young people, to Casa FAO, a place dedicated to raising awareness of contemporary design, and also to “Villa 31,” the worse shantytown in the city;

it will tour you throughout Teatro Colón, considered to have the world’s best acoustics; and it will also take you to the recently inaugurated Colón Fábrica, where you will see full-size stage designs fabricated at the theater;

it will take you to encounter remarkable women: a writer-journalist, an art critic, a sculptor in marble, a choreographer of aerial dancing, a film director, and more;

it will tour you through Buenos Aires’ new Museum of the Holocaust guided by its architect;

it will take you to the Córdoba province, where you will be surprised by its architecture, by its Northern Italy-like landscapes, and even by discovering the gathering place of ex-Nazi expatriates;

it will show you the rich horizons of Argentina’s pampas, at eye level and from the air. 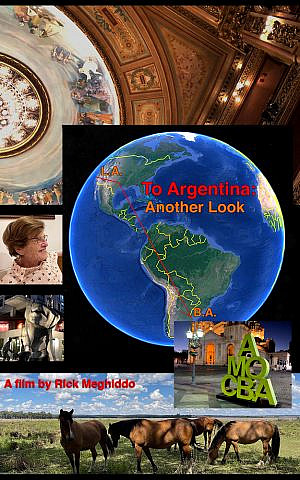 Poster of To Argentina: Another Look
About the Author
Rick / Reuven Meghiddo is an architect and a filmmaker of architecture documentaries. His mission is to make the public aware of the importance and value of architectural design. To date, he has produced over one-hundred architecture documentaries. Many can be seen in www.archidocu.com and www.architectureawareness.com As an architect, he practiced in Israel, California, and Italy. Born in Argentina, Rick studied at the Technion and married Ruth Meghiddo, also an architect, in Jerusalem. He has a Master of Architecture from UCLA and a Dottore in Architettura from the University of Rome. He is also a LEED Accredited Professional and is licensed as an Architect and as a Real Estate Broker in California.
Related Topics
Related Posts
Comments