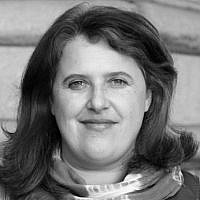 I love movies. I like the feeling of being transported to another reality in a short period of time.

My imagination wanders. I follow someone else’s journey and I become aware how other people live. I immerse myself and laugh, cry, marvel at people’s successes and tribulations. Life is difficult. Life is beautiful.

I watch American movies but I make a point of looking for International films as well. I’ve heard that some people will not watch a movie if it has subtitles; but I think that sometimes is good to go out of your comfort zone. Reading subtitles is an effort, but it is a small price to pay and the rewards can be immense. It can be a very enlightening experience, fun and pleasant, and intellectually stimulating.

If you are like me, you probably spend a good amount of time on Netflix trying to find an interesting movie. I like to check what is new from Latin America and Spain, as I love Spanish, my native tongue. I don’t know how the people in charge of Netflix or other sites select the movies that they offer. But I’m often disappointed because they lack many movies that got great reviews or are classics ꟷ movies I would like to revisit but are not in the site and are hard to find.

I would like to recommend some Argentine movies that I really like. I’m not a film critic so my suggestions are based just in my taste and what I enjoyed watching. Humor can be very local, but some stories are universal.

Daniel Burman is a filmmaker from Buenos Aires. I like how he depicts the middle class Jewish experience in the capital of Argentina.

“El Rey del Once” (The Tenth Man) is one of his latest films and you can find it in Netflix. It follows Ariel, a man who lives in United States and returns to Buenos Aires to see his father. It is an interesting look at the Orthodox Community of Once, a middle class neighborhood in Capital Federal. It also portrays a Jewish charity that serves the local Jewish population that can’t afford medicines or kosher meat. Once is in the center of town bustles with textiles retail and wholesale stores. It is also where the bombing of AMIA (Asociación Mutual Israelita Argentina), the worst terrorist attack in Argentina’s history, took place on July 18, 1994; the largest Jewish community in Latin America was the target. Eighty five people were killed and many hundreds were injured. The whole building collapsed. There is a black mural with the names of the victims in white letters. Every July 18, families of the victims and citizens join together to remember their loved ones and ask for justice.

Fabián Bielinsky’s “Nueve Reinas”(Nine Queens) 2000, opened years ago in New York City. I remember how proud I was to see an Argentine movie in a Manhattan cinema. Unfortunately the Lincoln Plaza Cinema recently closed after many decades in business.

Argentina won the Oscar for Best Foreign Picture twice. First for “La Historia Oficial”  (The Official Story) by Luis Puenzo in 1985 about Argentina’s dictatorship with actors Norma Aleandro and Hector Alterio, and in 2009 with “El secreto de sus ojos” (The Secret in their Eyes) by Juan José Campanella. An American version of the film was released on 2015.

If you want to laugh try “Un cuento Chino” (Chinese Take-Out), the 2011 film by Sebastián Borensztein. It will surprise you. It is really funny film, whose protagonist is Ricardo Darin, one of the leading actors of his generation. You can watch any movie with Darin and you will like the movie. He is very famous in the Spanish speaking world. The movie won the prestigious Goya award given by the Spanish Film Academy.

Another film worth watching is “El hijo de la novia” (Son of the Bride), also directed by Campanella about a mother (Aleandro) who suffers Alzheimer. Actors Hector Alterio and Ricardo Darin. It is a real jewel.

And if you never saw it, I suggest you watch the hilarious comedy “Esperando la carroza” (Waiting for the Hearse) a cult classic of Argentine cinema from 1985. It is about four grown-up siblings arguing about who should take care of their old mother, Mama Cora.

In the future I will write about Argentine female directors and their movies.

Until next time. Keep reading and watching movies. Please share your thoughts.