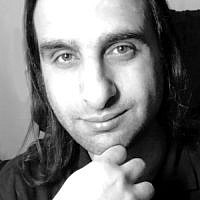 The Blogs
Emad S. Moussa
Apply for a Blog
Advertisement
Please note that the posts on The Blogs are contributed by third parties. The opinions, facts and any media content in them are presented solely by the authors, and neither The Times of Israel nor its partners assume any responsibility for them. Please contact us in case of abuse. In case of abuse,
Report this post. 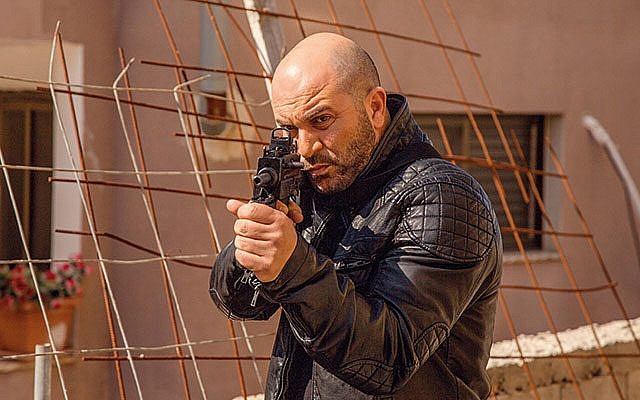 Lior Raz as Doron in Fauda (Seadon 3), which he co-created. (Screen grab)

In the past two decades, the Israeli entertainment industry produced a number of provoking films and TV shows that attempted to re-examine Israel’s history and question the status quo. Think of Maoz’s Lebanon (2009) and Foxtrot (2017), or Folman’s Waltz with Bashir (2008). Although thematically and politically sobering, these productions ended up confirming some of the narratives they set out to challenge. This is not merely due to ideological biases but also by virtue of being part of the social reality in which they emerged. We humans are not immune to the influence of our upbringing, beliefs, and customs, not even those of us who seek to question that influence. The belief that there is such as thing as an objective reality is perhaps the biggest illusion the classical schools of thoughts have produced. Fauda, like all other forms of social representation, is no exception.

This article examines where Fauda fell short and how it failed to present the fresh perspective the producers claim to have introduced. Of course, I look at the series from a Palestinian perspective. I’m aware Season Three is out on Netflix, but my commentary will be focused on Season One and Two. The ones I actually had the time, or rather the courage, to sit down and watch. I admit, as a Palestinian, I had certain expectations from an Israeli TV show. Who wants to sit there and watch himself demonised and misunderstood?

One would think that a TV series produced by the ones whom we view as our oppressors is likely to be yet another battle over narratives. And given the severe power asymmetry between Israel and the Palestinians, chances are Israel was in a better position to control the narrative and overshadow our struggle under Israel’s military occupation. I’m aware some Israelis would cringe and cocoon themselves into a defensive mode when they hear or read such a phrase. Who wants to be associated with such a negative self-image, being an occupier?

That said,  if you think we Palestinians are a bunch of terrorists, anti-Semites, or aliens on Eretz Yisrael, then whatever I’d say will pass through one ear and come out of the other. I’m not here to educate you, neither am I here to engage in a debate over narratives, right or wrong. This ship has long sailed and even sunk. I’m here to tell you how most Palestinians view the conflict, and Fauda is a good medium to channel some of their thoughts.

Of course, Fauda is Arabic for Chaos. It’s used as a codeword by the Israeli counter-terrorism operatives. Though, and I’m yet to speak to an Israeli who can actually pronounce the word correctly in Arabic. Unless of course he/she was born in Cairo or Baghdad. Surely, if you shout FAUDA in a Palestinian town, everyone will immediately know you’re not Palestinian.

In any case, from a cinematic perspective, bad pronunciation is not a problem. The problem however is in the connotation of the word ‘chaos.’ It seems to suggest a  non-defined conflict, it’s a mess…it’s chaos. It could be sometimes, but it most certainly isn’t as a whole. To call the situation a ‘mess’ is to redefine the geo-political boundaries and blur the content. It reiterates an all-common Israeli narrative that the conflict is too complex or a complicated ‘war zone,’ as described by Fauda creators. This, among other things, lead to ignoring the conflict power hierarchy, one of the key components in its intractability.

Fauda writers give us a new-ish narrative that presents the Palestinian Other in a less antagonistic manner. In fact, especially in Season One, there were moments when the Palestinian narrative was presented in a positive light, emphasising not only that the ‘average Palestinian’ is ‘just like us,’ but that he/she can also be a victim in the conflict.

In Season One, the series seems to go the extra mile to depict the conflict as a tragedy for both sides – and it certainly is. It claims to stand between two narratives where — seemingly — there are no pure heroes nor perfect victims. Fauda is correct to assume that there isn’t such a thing as  zero-sum contrasts between victims and perpetrators. Victims can have agency and inflict harm, and perpetrators can become victims themselves. However, when Fauda draws on the issue of victimhood, it creates a hierarchy. The show is overwhelmingly an Israeli-Jewish production and its views of the conflict remain somewhat asymmetrical. Possibly mimicking the US spy thriller Homeland, Fauda almost reduces the conflict to mere Israeli counter-terrorism units versus Palestinian terrorists. Therefore, the right and wrong are erased, the occupation hardly mentioned (non-existent in Season Two), and the assassinations are only action-packed adventures with bizarre and sometimes laughable outcomes.

From this perspective, it becomes possible to produce an imagined symmetry to an extremely asymmetrical conflict, depicting both the occupier and the occupied as victims, but with significant moral differences. That serves to marginalise and silence narratives that offer, from Israel’s point of view, a threatening moral clarity.  Even when Palestinian victimhood is presented, it is only a shadow of Israel’s ‘more righteous’ victimhood. A victimhood hierarchy, if you like.

Doron Kabilio (played by Lior Raz), the lead Shabak operative, is a perfect example. He lived among Palestinians, he understands them and speaks their language, he even identifies with their suffering. But Fauda also shows us that in a way, Doron – and some of his colleagues – are the embodiment of Golda Meir’s visualisation of Israel’s victimhood. Meir once said that Israeli-Jews were not going to “forgive the Arabs for forcing them to kill their sons [the Arabs].” Her reasoning seems to imply that the more Palestinians the IDF kills, the more wronged and victimised Israel feels. By the same logic, Doron is a victim because he has to kill for the state of Israel – an ein breira (no choice) doctrine. The more he kills, the more victimised he becomes. He’s a modern Shakespearean tragic hero, neither villainous nor righteous, but nevertheless a victimised character. The same privilege is not granted to Walid El- Abed, the head of Hamas’ military wing. As if to say, the ‘average Palestinian’ can be a victim as long as they stay out of trouble and never resist.

In other instances, Fauda eliminates asymmetry by granting Palestinians a larger-than-life agency. In Season Two, for example, Nidal Awadallah, apparently a revenge-seeking Palestinian Daesh, travels in and out of the Territories and into Israel with relative ease. He targets Doron, Doron’s family, and eventually attempts to organise a commando-style military operation inside an Israeli city. This is a poetic license gone too far.

Do you remember when some Israeli textbooks, literature, and cinema portrayed the Arabs as dishonest, treacherous, hypocritical, and irrational? Although Fauda brought the ‘average Palestinian’ closer to the Israeli-Jewish audience, it seemingly remained faithful to some of the Orientalist stereotypes embedded in the Zionist thinking. This was obvious in the selective manner in which the series assigned values and defined morality.

Consider the issue of loyalty. Doron’s wife, Gali, becomes unfaithful to her husband, Doron, mainly because she’s grown fed up with his body-and-soul involvement with the counter-terrorism unit. She cheats on him with one of his friends. On the other hand, Nisrin, the wife of Abu Ahmad, Hamas’ key figure, comes very close to selling him out to the Israeli Shabak, to his arch enemy. Worse yet, Shirin, who becomes Walid Al-Abed’s wife gets involved romantically and sexually with Doron. This comes at the very high price of national treason and eventually death. Fauda shows that Israelis, are flawed human beings like everybody else, but to a certain limit. Palestinians, however, go all the way on the moral and political spectrum.

Likewise, the operatives of the Israeli counter-terrorism unit are flawed because of their personal mishaps and human shortcomings, but Palestinians are flawed on the national level: they are vulnerable to intimidation and easily fall prey to collaboration.

All in all, Fauda attempts to redefine some of the cliched one-sided narratives of the conflict, although with a touch of Hollywood-styled over-dramatisation. It doesn’t shy away from pointing fingers and reflecting inwards. But after all said and done, it repeatedly slips back into the all-too-common Israeli narratives about the Other. It allows Palestinians to be victims, but reserves empathy only to those Palestinians who are neither ‘terrorists’ nor ‘collaborators,’ as well as to the Palestinian wives, Nisrin and Shirin, who betrayed the husbands whom Israel deemed terrorists. As if to say, you’re a good Palestinian as long as you accept the status quo and never fight back. In the end, there is the Israeli-Jewish Aristotelian tragic hero-victim and then there is the lesser Palestinian victim. Both are victims, but one is more righteous than the other, one more deserving of empathy than the other.

About the Author
British-Palestinian academic specialised in the political and social psychology of the Israeli-Palestinian conflict.
Related Topics
Related Posts
Comments