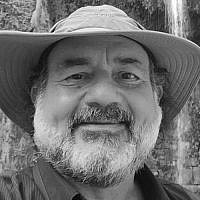 The Blogs
Ed Snitkoff
Apply for a Blog
Please note that the posts on The Blogs are contributed by third parties. The opinions, facts and any media content in them are presented solely by the authors, and neither The Times of Israel nor its partners assume any responsibility for them. Please contact us in case of abuse. In case of abuse,
Report this post.

As I watch the unrest and riots in America from my home in Jerusalem, I am reminded of something that changed me when I was 12 years old in 1969.

My public school in New York was integrated, and many of our teachers were African-American. This was on the surface. In reality, there was still segregation. In the lunchroom, every ethnic and social group had its “turf”, and white and black rarely, if ever, mixed. There was plenty of friction and it often felt like living in a kind of pressure cooker. The white kids hailed mostly from families with average to high income, living in single family homes or upscale rental apartments, as most African American kids lived in housing projects and blighted areas.  Economic inequality was in your face. ALL THE TIME. I can think of at least five times I was accosted in the hallway by African American boys and robbed of my lunch money and other possessions that were of worth. A white kid learned very quickly where to walk in school and how to keep away from other kids who would give you trouble.  It usually, although not always, boiled down to avoiding kids whose skin color was different from yours. Many of us (especially the Jewish kids) lived in fear, and this fear shaped the world view of many Americans of my age.

It would be easy to come out of this environment with hate and prejudice. It is natural to feel those things grow out of fear. I guess I was lucky because I had a music teacher who taught me to think differently.

Mr. Miller was a man of color. He taught us Music Appreciation, but the course should have been called Human Appreciation.  There were about thirty of us in the class, half white kids, half African American kids. We sat on separate sides of the classroom, because we wanted to sit that way. One Friday, Mr. Miller gave us an assignment: To listen to a radio show about the history of Rock and Roll and to write a report. The problem for me was that it was to be broadcast on the following Sunday on an FM station, and we did not own an FM radio.

I remember going with my father to a store to buy an FM transistor radio so that I could do the assignment. I remember that it cost $50 and my father grumbled at this, but he bought it for me anyway. I listen to the show and wrote my report, like a good boy.

When we got to class on Monday, we talked about the show, and everyone was asked to present our reports to Mr. Miller.   Most of the white kids completed the report, but only a few of the African American kids did. The teacher made a point to berate the white kids who did not do the report, but he let the black kids pass. I remember in particular an African American girl, Sophie, who sat in the corner. When she said “I couldn’t do the report,” Mr. Miller said, “That is fine.”

I was very upset, and I spoke with Mr. Miller alone after class. I told him that his actions were not fair and that everyone should be treated the same.

He responded by asking, “Tell me about your weekend.” I told him about going to buy the radio with my dad and sitting in my room to listen to the broadcast and writing the report.

Mr. Miller smiled and asked, “Can I tell you about your classmate Sophie’s weekend? Her father is long gone, so it is just her and her mom and 4 younger siblings. She watches them all weekend long in their small apartment in the projects, so that her mother can work to put food on the table. Sophie also works cleaning tables at a restaurant when her mom is home. They get welfare to cover some of their expenses but they struggle. Do you think Sophie can go out to buy an FM radio? If she bought anything over the past 3 days, it was bread.”

He continued to describe Sophie’s life. How her mom is out the door early in the morning and how she must get all of her siblings up and out, getting them washed up, fed and placed in their various frameworks for the day, before she joined us in 7th grade.

Mr. Miller asked, “Eddie, think about your morning routine and the worries you have. Can you compare your life to Sophie’s? You are a white kid. You will grow up and go to college. Nothing will stand in your way if you work hard. But Sophie? Do you have any notion of the hurdles she faces in her life? What it means to be black in America? Nothing will come easy for her. Nothing. I will never judge the two of you without taking your different realities into account, and you should not either. Never forget this.”

Over that year with Mr. Miller we white kids got an education! He made sure that we understood what our classmates of color faced in life and that we, the white kids, appreciated the fact that we had a head start. We learned about slavery, we learned about the Rhythm and Blues and Jazz. Using the piano as a metaphor for society he demonstrated the different tones sounded by the black keys and the white keys, and that if we do not harmonize them and learn to play them together, music is not made. We learned that to begin to play music as a society, one must be careful not to negatively judge other people because of how they look. In order to play music, we must understand the black keys, the sharps and the flats, because the white keys are useless by themselves. We must understand how other people live and the struggles they face, because of their darker skin color. Only then can the music play.

I remember few details about actual music from that class, but I never forgot the lessons about society and prejudice. I came out of that experience with great respect for Sophie and what she faced in life.  I never understood the magnitude of the issue of race relations before my year with Mr. Miller.

50 years after Mr. Miller’s lessons, prejudice and the color of a person’s skin is still a major issue in American society. Despite many achievements and changes, it seems like so many people just marched in place. As half of America heeded the Mr. Millers of the world and understood that change had to happen, the other half heard the words, talked the talk, but did not go forward in their hearts.

When I think of a policeman needlessly killing an African American, I can hark back to my days in the school corridor, pursued by some African American boys for my lunch money.  I can let my memories of the fear take over and feel sympathy for the cop. Many Americans will shake their head in agreement as I describe what life was like for a white kid in an integrated school in America in 1969, and how the cop did what he thought was right, after all.

On the other hand, I can listen to Mr. Miller’s voice and understand that the situation America faces now is the result of long standing bigotry and hatred. It is impossible to ignore that an African American in the US is much more likely to die in police custody than a white person. The bigotry and hatred must be acknowledged and dealt with. Until then Mr. Miller’s piano will remain out of tune.

About the Author
Ed Snitkoff is an educator and tour guide based in Jerusalem.
Related Topics
Related Posts
Comments