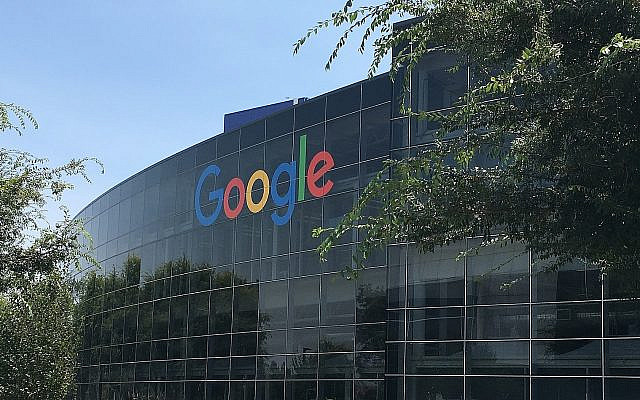 Some employees of Google who describe themselves as Jewish are apparently “playing a key role in a worker petition calling on Google and Amazon to cancel a joint contract to build cloud-based data centers on behalf of the Israeli government”.

The Jewish state has been fighting a war of survival since it declared its independence in 1948, and Jews like Koren and Schubiner are doing nothing less than contributing to the 73-year effort to try to destroy Israel. They do not seem to understand the history of the conflict nor how it can be resolved.

Their open letter claims that they oppose the contract because, “This technology allows for further surveillance of and unlawful data collection on Palestinians, and facilitates expansion of Israel’s illegal settlements on Palestinian land”.

One must be extremely naïve and uninformed to believe that it is Israel’s contract with Google that allows it to continue building settlements in the West Bank. The reason that Israel continues to build settlements is that the Palestinians lack leadership. No Palestinian leader has shown a way forward that would allow the creation of a Palestinian state next to Israel. All that they have offered is violence, incitement, and refusal of every solution presented to them. Israel builds settlements in the West Bank simply because it can.

Ideally, Israel should not do that. Freezing the settlements would be the right thing to do because it would make peace negotiations easier when the Palestinians are finally ready to negotiate in good faith, if that ever happens. But let’s be honest. Continuing to build settlements is not a moral failure at the scale of the moral failures that the Arab world has perpetrated against Israel in the last 73 years. Koren and Schubiner appear to forgive all the Arabs’ moral failures while becoming frantic about a much smaller moral failure by Israel.

Among other moral failures, the Arabs fought several wars against Israel to try to destroy it, resulting in many deaths and many Jewish and Palestinian refugees, they forced Jews out of any land that the Arabs occupied, including the West Bank and Gaza, and they ethnically cleansed the whole Arab world of Jews.

While the Arabs were busy fighting wars against the Jews and forcing them out of the homes where they had lived for many generations, Israel was building a thriving democracy with a large minority of Arabs, and as it happens, many of those Arabs work in the Information technology sector. So, if Koren and Schubiner have their way, Israeli Arabs would be negatively affected.

The open letter’s claim that Israel “attacked Palestinians in the Gaza Strip” is particularly indicative of the authors’ ignorance. Israel totally evacuated Gaza in 2005 and is engaged with Gaza only to defend its own citizens against terrorism and to provide daily supplies to Gazans so that they can survive even though they are led by terrorists.

Do Jews like Koren and Schubiner know these facts and choose to ignore them, or do they simply know nothing about a conflict on which they pretend to take a moral stand?

As an Arab, I wish that Koren and Schubiner would learn the history of the people that they claim to belong to. Individuals who don’t understand history and yet try to judge it are taking a phony moral stand that causes more harm than good. If they think that they’re only playing a game and therefore do not need to put the required effort to become informed, they should find a less harmful game to play.

As an Arab, I’d like Koren, Schubiner, and all the others who play this game, to know that Arabs aren’t their toys.