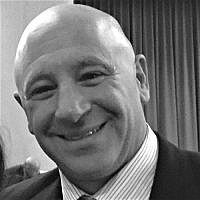 The Blogs
Bruce R. Mendelsohn
The Hired Pen: Fast, Affordable Communications Solutions
Apply for a Blog
Please note that the posts on The Blogs are contributed by third parties. The opinions, facts and any media content in them are presented solely by the authors, and neither The Times of Israel nor its partners assume any responsibility for them. Please contact us in case of abuse. In case of abuse,
Report this post. 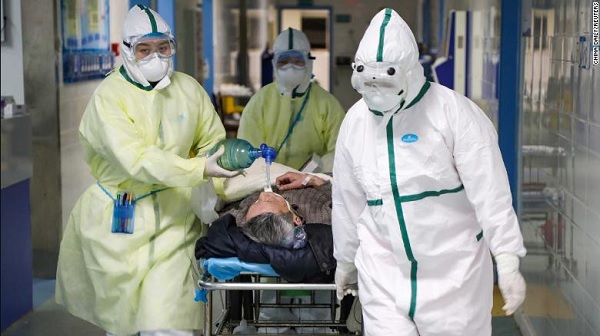 The latest “Made in China” export, Coronavirus (Covid-19), has spread to more than 69,000 people in 25 countries (check out this Covid “real-time” tracking map). While there are no confirmed Covid cases in Israel (two suspected cases are being handled with uncharacteristic efficiency), the breathless hype surrounding Mother Nature’s Beta Test of her latest global pandemic far outpaces actual cases and deflects attention from a seasonal killer that’s been around for centuries.

The seasonal flu–though neither novel nor new–has taken more lives than Covid is projected to. In fact, 250,000 to 500,000 people die of the flu worldwide every year. You’ll read more about the flu in a moment.

As Covid wends its way around the world, let’s detach ourselves from the hype and get some perspective. In terms of reach, virility, and mortality, Covid doesn’t merit mention in a conversation about the 10 worst pandemics in human history.

Here’s a ranking of global pandemics by the number of deaths each has scythed through humanity. Cholera, bubonic plague, influenza, and smallpox are among the most brutal killers. Smallpox throughout history has killed between 300-500 million people in its 12,000 year existence. Outbreaks of these diseases across international borders are properly defined as pandemic.

9.  Flu Pandemic (1889-90): The first true epidemic in the era of bacteriology, scientists learned many lessons from the 1889-90 Flu Pandemic… but not before it claimed more than 1 million lives in Central Asia and North America.

7.  Flu Pandemic (1968): Often called “the Hong Kong Flu” (for its place of origin), this strain of the influenza A virus spread to The Philippines, India, Australia, Europe, and the U.S. and caused around a million fatalities.

6.  Asian Flu (1956-58): In two years, Asian Flu traveled from the Chinese province of Guizhou to Singapore, Hong Kong, and the U.S. The World Health Organization places the final death toll at approximately 2 million (69,800 in the U.S.).

5.  Antonine Plague (165 CE): This ancient pandemic–thought to be either Smallpox or Measles–affected Asia Minor, Egypt, Greece, and Italy. Though the true cause remains unknown, the disease would up killing more than 5 million.

4.  Plague of Justinian (541-542 CE): Generally considered the first recorded outbreak of the Bubonic Plague, this affliction killed up to 25 million people in the Byzantine Empire and Mediterranean port cities. At its height in Constantinople, the Plague killed an estimated 5,000 people/day and eventually resulted in the deaths of 40% of the city’s population.

3.  Flu Pandemic (1918-20): This disturbingly deadly outbreak of influenza tore across the globe, infecting over a third of the world’s population and ending the lives of 20 – 50 million people. Unlike previous flu pandemics, this strain struck down healthy young adults, sparing children and those with weaker immune systems.

While it’s impossible to prevent every flu-related death, it is possible to take more personal responsibility for minimizing virus transmission. For the sake of our individual health and the health of our loved ones and neighbors (whether we love them or not), consider adopting personal protection precautions like getting vaccinated, wearing a mask, washing your hands often, applying anti-bacterial gel on your hands and surfaces with which you routinely come in contact, and self-quarantining and avoiding public places when you’re sick.

Because some viruses live for days on untreated surfaces, the likelihood of transmission is increased exponentially when people cough, sneeze, or rub their eyes and then use communal kitchens, bathrooms, or shared office space. Although Covid transmission remains somewhat of a mystery, people can infect each other with “common” afflictions via aerosol droplets from a distance of six feet! It’s also important to recognize the notable distinctions between the flu and Covid: Common flu symptoms include fever, cough, sore throat and aches. Coronavirus symptoms include fever, cough and shortness of breath.

Adults, don’t be “Mucus Troopers”: If you’re not feeling well, don’t go to work. Parents, don’t send your kids to school with coughs, colds, diarrhea or even fevers. When you do, you risk transmitting a virus to someone who is elderly, pregnant, an infant, an immunocompromised individual, or even a healthy person.

Are we prepared for the next global pandemic? Discover why The Global Preparedness Monitoring Board says no…. and what we should be doing to prepare for the inevitable.