Do We Care About the Philistine? Since we travel several times a year to Israel (before Covid), we are always on the lookout for something new to see. Several years ago we ended up at the Corinne Mamane Museum of Philistine Culture established in 1990.

The Philistines were traditional enemies of the ancient Jews living in five city-states along the southern Mediterranean coast – Aza (Gaza), Ashkelon, Ekron, Gath and Ashdod. Fittingly, the museum is located in the modern city of Ashdod. 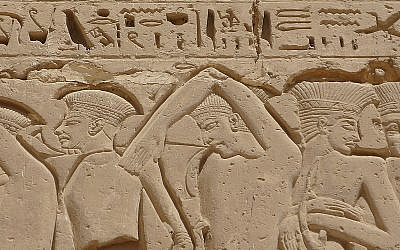 It is a small but modern museum and is probably the only one in the world devoted to the archaeology of the Philistines. The origins of the Philistines are still disputed although they seem to have arrived from the West in the early 12th century BCE. The most likely point of origin, as indicated by genomic studies, is Greece, Crete or Sardinia. Their culture survived for hundreds of years until they were conquered by the Babylonians in 604BCE.

When we finished with the main floor , we went downstairs to a hodge-podge of contemporary folk art exhibits. As we were walking among the rows of glass cases I saw a Tyrolean-style hat and the accompanying information tag said that it was made from a mushroom leather. As you can imagine, my antennae started to tingle! Hat Made from Mushroom “Leather” – Courtesy of Brudersohn

As I have noted in previous articles, people have always learned how to use materials at hand even if they seem exotic to us. In two such articles, I discussed a fabric from the byssus of a Mediterranean mollusk and another from the fibers from the stems of the lotus flower. I have even seen references to indigenous Arctic communities in both North America and Siberia that tanned salmon skins for leather.

But, mushrooms! I eat mushrooms. I enjoy spotting new and wondrous varieties that pop up in my area! But let’s face it, they are soft-bodied and readily disappear. How can you possibly wear them!

Before I try to answer this question, it is necessary to focus on the difference between a fungus and a mushroom.

Life forms are divided into Kingdoms. Some are obvious such as the Animal Kingdom and the Plant Kingdom. But there are other divisions that are less obvious. While there is considerable debate about how many Kingdoms there are altogether, one other accepted Kingdom is that of the Fungi.

While the term fungi generally applies to the entire organism, the word mushroom specifically refers to the fruiting body, that part which we observe above ground that produces the reproductive spores. The balance of the fungus is made up of threadlike hyphae that are usually out of sight. 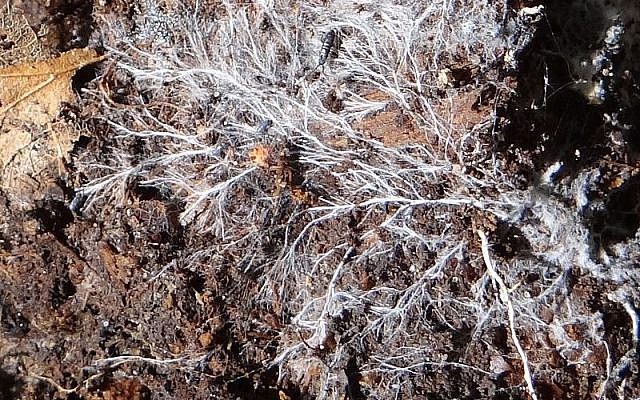 Fungi hyphae which make up a mycelium – Courtesy of Jerzy Opioła

In general fungi are decomposers of organic materials such as fallen trees and, thereby, recycle nutrients. Yeasts are also fungi and are used by humans as leavening agents in breads and the like and fermenting agents necessary for the production of various foods such as beer and soy sauce. Penicillin and other antibiotics are derived from fungi. Today, fungi are also used as biological pesticides to control weeds and insect pests. 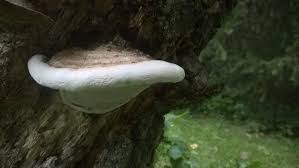 Example of a Shelf Mushroom- Courtesy of Brett Ortler

But none of our typical mushrooms could survive harsh handling. There is, however, a group of mushrooms known as shelf or bracket mushrooms which are quite tough.

Fruiting bodies on the tree trunks which resemble a horse’s hoof are called conks. The conks produce spores by laying down a new layer of reproductive tissue on their underside , a new layer during each growing season. In fact, you can sometimes determine the age of the mushroom by counting rings in the same way tree rings can be counted.

You may have seen some conks singly or in groups on tree trunks. While interesting to look at, it generally means that the tree is no longer in good health and there is no remedy. 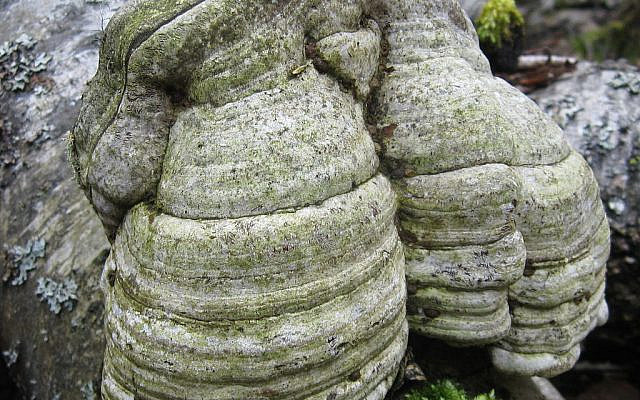 One of those shelf mushrooms is the Fomes fomentarius and is the source of our mysterious material, the amadou. Like many organisms there are several other fungi with which it can be confused. One method of distinguishing them is to place a drop of potassium hydroxide on a small piece of the upper surface of the fruiting body of the specimen. If it is, indeed our Fomes fomentarius, the solution will turn blood-red due to the presence of fomentariol which may have clinical value. Fomes fomentarius has a tough outer layer. Inside it is a layer of cinnamon colored material that can be treated to create the amadou which has been used for the manufacture of hats, gloves and breeches. Material for cloth usages is prepared in one fashion.

The Latin origin of the genus and species name – Fomes fomentarius – comes from fomentum, indicating tinder. This brings us to the wider use of this fungus as an easily ignitable material in the days when starting a fire from sparks generated by flint and quartz, flint and steel or a hand drill was the best technology available. The material is prepared in a different fashion for use as tinder. 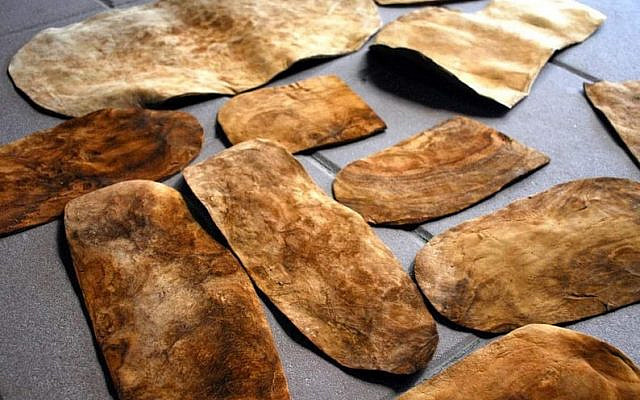 In September 1991, hikers found a glacier mummy in the Ӧtztal Alps between Austria and Italy henceforth named Ӧtzi. He is the oldest human found from the Copper Age in Europe and his body is dated to 3,400 BCE -3 ,100 BCE. His remains are now located in the South Tyrol Museum of Archeology in Bolzano, Italy.

Ӧtzi has been subjected to numerous medical tests to gain an understanding of his diet, his health and his heritage. In addition, there have been extensive examinations of his clothing and equipment. And found amongst his equipment is some Fomes fomentarius which scientists believe would have been used for fire-making as tinder.

It is not only the ancients who discovered how to use unusual materials from their environment. In my research for this article I ran across a company that is creating clothing from fungal mycelium. Now, that is creative!

Sura Jeselsohn, Author of A Habit of Seeing: Journeys in Natural Science

About the Author
Sura Jeselsohn has a background in science and is an avid gardener and quilter. Her weekly column, Green Scene, is published in the Riverdale Press. She has published a book, "A Habit of Seeing: Journeys in Natural Science" at https://www.amazon.com/Habit-Seeing-Journeys-Natural-Science/dp/1946989304/ref=tmm_pap_title_0?_encoding=UTF8&qid=&sr=.
Related Topics
Related Posts
Comments