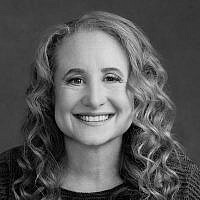 The Blogs
Rebecca Wald
Apply for a Blog
Advertisement
Please note that the posts on The Blogs are contributed by third parties. The opinions, facts and any media content in them are presented solely by the authors, and neither The Times of Israel nor its partners assume any responsibility for them. Please contact us in case of abuse. In case of abuse,
Report this post. 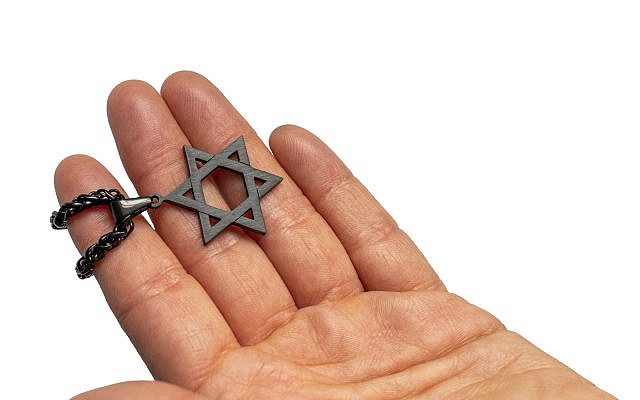 Israel’s High Court of Justice will hear arguments on Wednesday seeking state funding for the circumcision of all converts. The costly procedure is currently free for Orthodox converts but not for those seeking Reform or Conservative paths to Judaism.

Meanwhile, here in the United States, at least a few Jewish hopefuls are seeking to join the tribe without undergoing circumcision.

Circumcision doesn’t “make” one Jewish. Indeed, anyone born of Jewish parents is considered to belong to the Jewish people without further acts. This has been an important take-home message for the growing number of Jewish people who are rejecting circumcision for their newborns.

Since launching Bruchim in October, our organization has fielded hundreds of reach-outs from non-circumcising Jews across the globe. Bruchim is the first and only nonprofit whose mission is to foster the open welcome and inclusion of non-circumcising Jews in Jewish spaces of all kinds, from synagogues to summer camps and Jewish Community Centers.

For parents of uncircumcised Jewish children, questions abound. Where can we find a rabbi to officiate at a birth ceremony for our child who won’t be circumcised? Will a specific synagogue bar mitzvah my child who lacks circumcision? Should we attempt to keep our child’s circumcision status secret or let the school/camp/synagogue know? Might my child be asked to leave a Jewish space if it’s discovered he’s “intact”? These are the kinds of questions we expected when we launched Bruchim — and we’ve gotten them in spades.

The questions and concerns come in through our concierge service, our general email, and in response to a questionnaire that’s been available on Bruchim’s website. So far that questionnaire has generated more than 100 responses from Jewish people — including a number of progressive rabbis — who say they don’t follow or support the circumcision tradition. But we’re also getting queries we didn’t anticipate, many of which are related to conversion.

According to traditional Jewish law, male converts are required to undergo brit milah or, if the person is already circumcised, hatafat dam brit — the ritual extraction of a drop of blood from the penis. Yet some men don’t want to be subjected to a ritual that changes, or even interacts with, their genitals. Some parents of converting minors feel the same.

Just in the past few weeks, Bruchim has heard from an older gentleman on the East Coast of the US who studied for conversion at a Conservative shul and now, faced with the mandate of an adult circumcision, is looking for a way to both become Jewish and avoid a late-in-life surgery. There’s a young man in South America who has been turned down for conversion by even the most progressive rabbis there unless he gets circumcised. He’s now seeking an “online rabbi” somewhere — anywhere — who will sponsor his conversion absent circumcision. And there’s a prospective mother who opposes circumcision. She isn’t Jewish, but her husband is, and worries their future children will have to convert (and be circumcised) to be welcomed by her husband’s traditional synagogue, which only recognizes matrilineal descent.

Conversion without brit milah or hatafat dam brit is complicated. Orthodox and Conservative rabbis almost universally take a strict approach, which likely has the practical effect of discouraging conversion by those born male. In a sense, the conversion of women is more important to these branches anyway, because they don’t recognize patrilineal descent. For Jewish men who plan to marry and have children with non-Jewish women, conversion is the only path by which their future children will be recognized as Jews in traditional settings: either the woman must convert prior to having children, or the child must convert.

Progressive branches of Judaism do have paths for conversion without brit milah or hatafat dam brit — but these paths can be difficult to find. Much depends on securing both a willing rabbi and a Jewish community that’s open to welcoming an uncircumcised congregant.

The Reconstructionist Rabbinical Association (RRA) of the United States endorses brit milah as a possible ritual for conversion, but gives its rabbis freedom in deciding what to require. The RRA doesn’t question the validity of conversion without brit milah, and its rabbis have officiated at many conversion ceremonies of adults where interaction with the genitals doesn’t occur.

The Reform movement, like the Reconstructionist, leaves the decision to individual rabbis. A Reform rabbi in the Western part of the United States whom we reached out to on behalf of a potential congregant told us if a man seeking conversion wants it recognized by the Conservative movement, circumcision is required. If it does not matter to the person converting, this rabbi convenes a Reform beit din (rabbinical court) as opposed to a joint beit din with Conservative colleagues.

Humanistic rabbis (who are non-theistic) don’t require any rituals. However the affirmations of belonging they may perform for those wishing to join the Jewish people are limited in their acceptance.

Still, it’s not as simple as finding a willing rabbi. The young man in South America, for example, may be able to work remotely with a progressive rabbi in the US but — in order for that rabbi to sponsor his conversion — that man will likely need to be affiliated with an inclusive Jewish community in which to participate and experience communal Jewish practice. And that could be a more difficult hurdle.

While the ethical calculus of an adult circumcision will always be different from that of a minor child, Bruchim is committed to the open welcome and inclusion of all Jews who aren’t (or don’t wish to be) circumcised. This mission includes helping those studying for conversion to find welcoming Jewish spaces where circumcision status isn’t a barrier to full involvement.

About the Author
Rebecca Wald, J.D. has been advocating for circumcision choice in Jewish life for more than 15 years. She is the Executive Director of Bruchim. She is also the founder of Beyond the Bris, a widely profiled Jewish voices website for those questioning circumcision. She is also co-author of the ritual guide "Celebrating Brit Shalom" — a book of ceremonies for those choosing not to circumcise. Rebecca graduated with honors in English from The George Washington University, and received her J.D. from Brooklyn Law School, where she served on the editorial board of the Brooklyn Law Review.
Related Topics
Related Posts
Comments