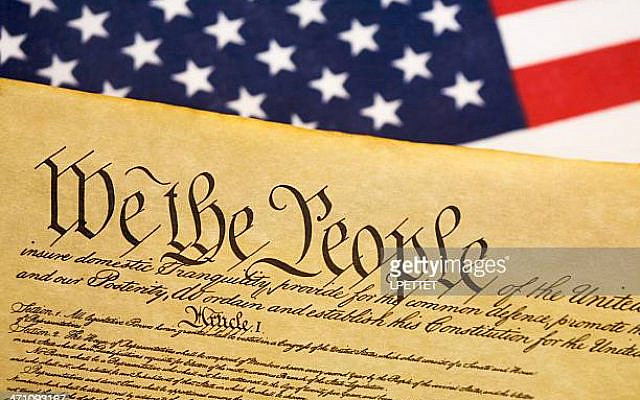 The first Monday in October heralds the beginning of the US Supreme Court’s 2021-22 Term.  This year presents three highlights: the intriguing, the interesting and the important.

The intriguing: With the possible exception of Justice Brett Kavanaugh, who tested positive for COVID last week, the justices will return to the courtroom for the first time since the pandemic began.  The Court will use a new format — a combination of freewheeling debate followed by the justices taking turns questioning in order of seniority.  Practitioners find the former too raucous and the latter too stilted.  Maybe both together will satisfy critics.

The interesting: Legal experts note that the Court will consider an unusual number of major cases on such important issues as guns, abortion, affirmative action, and religion-state relations. https://www.abajournal.com/columns/article/chemerinsky-expect-a-truly-extraordinary-year-at-the-supreme-court?utm_medium=email&utm_source=salesforce_443869&sc_sid=00148674&utm_campaign=weekly_email&promo=&utm_content=&additional4=&additional5=&sfmc_j=443869&sfmc_s=50725096&sfmc_l=1527&sfmc_jb=29007&sfmc_mid=100027443&sfmc_u=12931099

Most important:  People need to watch the ominous, radical institutional transformation underway, as the conservative majority engages in more muscular partisanship. Justices have legitimate differences based on their outlook. Yale Law School’s Realist Jurisprudence teaches that contemporary conditions and a judge’s personal experience influence the law. (The older, outmoded Harvard approach considered law  immutable science with only one correct answer.) However, even Legal Realism requires respect for the limit of judicial power.  This Court has discarded that restraint and looks to go to extremes.

Years ago, the conservative majority gutted part of the Voting Rights Act, declaring the provision for Justice Department advance review obsolete, in the face of contrary congressional findings.  The current group went a step further. At the close of last Term, they rewrote out of thin air the other operative provision, in order to enable suppression of minority (and Democratic) votes..

Arizona enacted restrictions. The attorney for the local Republican Party admitted the law intentionally reduced turnout in minority communities in order to keep Democrats from winning elections. On the face of it, the state violated the prohibition against voting procedures which result in denying or abridging the right to vote “on account of race.” The majority adopted its own version of the Voting Rights Act and upheld Arizona’s restrictions..https://www.supremecourt.gov/opinions/20pdf/19-1257_new_4g15.pdf

Much like former Attorney General William Barr, who, in response to a question from Sen. (now VP) Kamala Harris, stumbled over the definition of “suggested,” the majority got stuck on the word “denial.” They held that a rule making voting “mere[ly] inconvenien[t]” for racial minorities did not constitute denial.  Even if done intentionally to keep voters from casting ballots, states could limit polling places in minority neighborhoods.  Traveling long distances and waiting for hours constitute “mere inconvenience.” White voters have to travel and wait in line, the majority reasoned. .

Next, the Court applied the Voting Rights Act provision only to voting practices existing at the time of enactment of the provision. Early voting did not exist, so states can eliminate it, if too many minorities take advantage of it. The same goes for Sunday voting, which brings African Americans straight from church to the polls. The rationale does not pass the laugh test. Congress, which required advance approval of new rules in low-turnout states, could not have allowed other states a license to discriminate by coming up with new schemes.

Finally, the Court allowed Arizona to use a pretext to justify its malicious law.  Though voter fraud does not exist as a problem, the state could pretend.  With a wink and a nod, the courts have to go along.

Last month, the Court itself played “pretend” in refusing to block the new Texas abortion law.  Unable to square it with current constitutional law, five justices pretended they could not figure out a way to do anything about it.    https://www.supremecourt.gov/opinions/20pdf/21a24_8759.pdf#page=7  (Justice Sotomayor, dissenting). The alleged difficulty? Texas deputized vigilantes to enforce its statute.

The majority responded that this presented “complex and novel antecedent procedural questions” that precluded immediate remedy.  Complex and novel?  In fact, almost 80 years ago, the Court knew how to respond when (ironically) Texas, a one-party state, adopted a similar ruse. The party, a private club — not the state — conducted the Whites-only primaries.  The Court struck down the artifice by showing that elections in Texas occurred under rules that the state constitution and laws created.  Calling a political party a private association, in that context, defied reality. https://scholar.google.com/scholar_case?case=17077042024381294936&q=white+primary+unconstitutional&hl=en&as_sdt=20000006

Here, too, banning abortions after six weeks serves a state, not private, interest.  Indeed, the governor boasted that with the law Texas carried out Divine will.  Private individuals have no standing to sue when strangers seek medical treatment.  Rather, the vigilantes act as agents of the state, just as the Democratic Party officials in Smith v. Allwright.  The state, in effect, would enforce an unconstitutional law.

Nor does it matter that, unlike in Smith, no one could identify an individual enforcer.  A law as old as the Republic, the All Writs Act, authorizes courts to issue directives to ensure justice.  One such writ, mandamus, allows courts to require judges to issue orders in cases not involving any discretion.  Dismissing suits under the Texas law falls in that category.  The Court could have directed the issuance of  a writ of mandamus to the judges of Texas.  Alternatively, courts may issue declaratory judgments, blanket rulings irrespective of the facts of a case.  The Court could have issued a declaratory order overturning the Texas law here.

Five justices liked the law. The Court buried its head in the sand, as Justice Sotomayor wrote.

What will happen next?  We will know next summer.