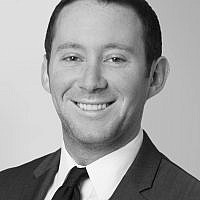 The Blogs
Peter Fishkind
Apply for a Blog
Advertisement
Please note that the posts on The Blogs are contributed by third parties. The opinions, facts and any media content in them are presented solely by the authors, and neither The Times of Israel nor its partners assume any responsibility for them. Please contact us in case of abuse. In case of abuse,
Report this post. 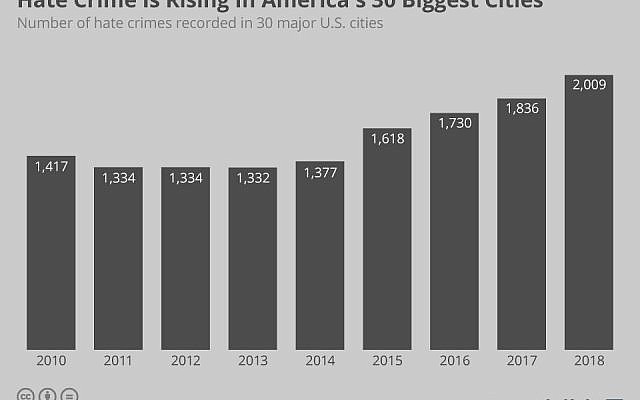 Over the course of the eight days of Hanukkah this year there have been at least nine violent anti-Jewish hate crimes in New York. This follows mere weeks after the shooting in Jersey City, New Jersey, where six were murdered in a Kosher supermarket, and far greater harm was likely mitigated with later reporting suggesting that the ultimate target was the adjacent yeshiva school housing dozens of students. American Jews must ask ourselves, to the extent we were not doing so already, what are we doing right now to make our lives safer?

The question is an unpleasant one, but it is necessary as anti-Jewish violence continues to become more common. Hate crimes have been up in general in New York City, but those with anti-Jewish motivations have been by far the most prevalent. For purposes of comparison, according to statistics published by the NYPD through the first three quarters of 2019, over 52% of reported hate crimes had anti-Jewish motivations, whereas anti-LGBT bigotry was the motivation behind the second most common hate crime, making up roughly 12%.

In my synagogue on Long Island we have been discussing this question for years. To address the issue, we brought in consultants to help secure our facility and now employ regular security personnel especially at the high holidays. None of this was free or done without controversy but was wisely recognized by our congregation as a necessity. Similar efforts have been made by other local synagogues and both New York State and the Federal Government have made funding available to help secure houses of worship. Local leaders have pledged extra police presence for support. A number of Jewish organizations do extremely important work to combat hate with education. All of these are important and worthy efforts to mitigate risk, but does anyone actually see these measures as a panacea to keeping Jews safe?

The answer is almost certainly no. Moreover, an expectation for a panacea is divorced from the historical reality where the world’s most enduring bigotry and its violent formulations never actually left. Instead, this threat had subsided for most of us and now appears to be growing in scope. That being said, there is more that many of us can do on our own where we don’t need to simply be reliant on others to stay safe and to protect those we love. One thing, assuming an individual is in proper health, is to learn self defense techniques. I have done just this and am now in my second year training in Krav Maga with Legion, an organization that partners with local Krav Maga and MMA gyms to train Jews with the skills necessary to defend themselves if they are threatened. Hundreds of others have done the same since the organization’s founding in 2015 and we now have active chapters in New York City, Brooklyn, Hartford, Westchester, Great Neck, and Oceanside. We train every week with the recognition that safety unfortunately can’t be assumed for the Jewish people. This sort of training could never guarantee the ability to ward off every attack. However, I am now in an infinitely better position to take ownership for my safety and for those I care most about.

As a young American Jew, I have been incredibly fortunate to grow up in a wonderful country that has offered a better sanctuary providing safety to Jews than perhaps any non-Jewish state in world history. Things are still not dire here. However, there is a real threat, most pronounced now towards religious Jews who are easily identifiable. In countering this challenge one can take a variety of approaches but, as 2019 comes to an end and many may be looking for a New Year’s resolution, I strongly encourage more to think critically about what they can do to stay safe should these attacks continue to increase in frequency and severity. Social media posts and writing articles like this one matter to build awareness, but they won’t protect us in times of need. However, there are concrete actions that many of us can take that will.

About the Author
Peter is a practicing attorney at a law firm in New York. He lives in Great Neck, New York and serves as a Member of the Nassau County Democratic Party Committee. Peter is also involved with a number of Jewish organizations in New York, including AIPAC, where he is a member of the group's Young Leadership Council. He received his undergraduate education at the George Washington University and his legal education at the University of Pennsylvania. His work has also been published in a number of Long Island newspapers including Newsday, The Great Neck News, and the Port Washington Times. He is an Adjunct Contributor at the MirYam Institute. Further works can be found at MirYamInstitute.org
Related Topics
Related Posts
Comments