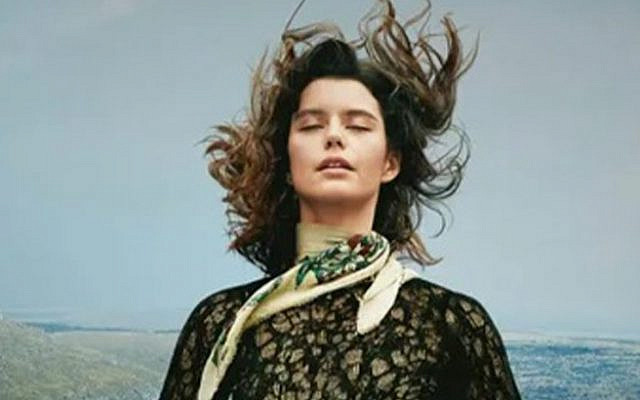 Netflix Turkey has a new show: Atiye. I just finished watching Season 1 and I have already become a fan of it. Why am I sharing it with you? Because I know, to my surprise, in Israel Turkish series have become a great success. (Who in the world can stand “Istanbullu Gelin”?!)

Atiye is different. No drama, no songs that last more than 6 minutes, no scenes of intense eye contact for hours for no apparent reason… It simply  follows the traditional Netflix pattern.

Here is the synopsis: Atiye is a young woman, an artist who keeps drawing a particular symbol since she was a little girl. She has a lovely boyfriend who loves her very much and supports her career. On the other hand, we see another character, Erhan, a young archeologist following in his father’s footsteps, works at the archaeological site of Göbekli Tepe, the oldest known man-made temple in the world. (You can visit it in Urfa, Turkey). He discovers a new symbol there under the site. That symbol is what Atiye has been drawing all through her life. Upon learning this Atiye goes to Göbekli Tepe to see the symbol and she meets Erhan there. And the story begins..

The show is interesting because it is totally based on Atiye’s confrontation with herself. She deconstructs her life and reconstructs it. She sees visions of her past, an earlier time from her childhood, things she doesn’t remember at all. In fact, alongside the excavation of Göbekli Tepe, we also watch the excavation of her life.

Full of symbols, psychological and metaphysical insights Atiye is a great show to watch, especially for women. I really like it maybe because I found so many things common with Atiye (visions, grandmother, family, interests etc.) and her transformation reminds me of my own struggle and self-confrontation.

In Episode 3, Atiye wants to give up and to return back to her “normal” life. Erhan wants her to keep going. Here is the dialogue:

E: I thought you were looking for answers..but you don’t want to turn your life upside down.

E: “How do you know your life wouldn’t be better turned upside down?” said Shams-i Tabrizi.

Erhan is right. From my own experience, I can certainly say that my life upside down is far better than the previous one. Because now I know myself better, I know my weaknesses, I know how I can struggle through many storms, I faced my demons one by one, I am still here. I finally realized that if a woman takes the first step to change her life to become the women she is meant to be, nothing can stop her. She becomes a real warrior. Eventually she gives birth to herself. A woman should know that if she is courageous enough to transform her life and to be transformed by it, life can never ignore her, sooner or later it will give her herself as a “gift”.  (For those who don’t know Atiye means gift). I hope Season 2 will give us more answers.