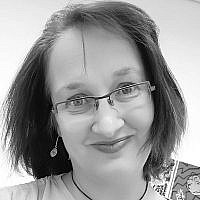 The Blogs
Anna Hecht
Apply for a Blog
Please note that the posts on The Blogs are contributed by third parties. The opinions, facts and any media content in them are presented solely by the authors, and neither The Times of Israel nor its partners assume any responsibility for them. Please contact us in case of abuse. In case of abuse,
Report this post. 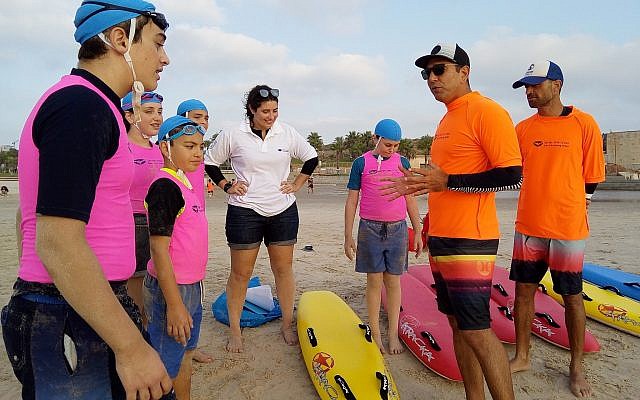 With our broad-brimmed hats, even broader accents and no shortage of “she’ll be right mate” attitude, a group of highly motivated Australian Olim (since when are Olim not motivated) together with a group of beach loving locals are making our presence felt on Israel’s beaches.

In a country where Summer effectively lasts for 6 months of the year and beach culture is an integral way of life, Israelis can easily spend 8 hours at the beach – arriving in the morning and not leaving until dusk. As a keen group of Australians, we want to share our strong swim and surf culture, which teaches children from an early age how to swim and manage in changeable surf conditions – to save their own lives and possibly those of others. 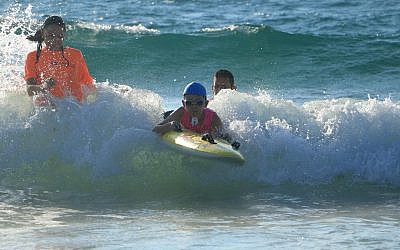 The 273km-long Israel Mediterranean coastline is deceptively dangerous. Highly erratic conditions mean one day beaches will be still as a lake and the next day huge waves, rips and winds prevail. Many Israelis are not aware of how rips work and how to get out of them, and that people can often be revived using CPR (cardiopulmonary resuscitation). These are things which young Australians grow up with, are part of our DNA and can become part of Israel’s strong beach and family culture too.

After a “light bulb” moment back in 2015, Australian Steve Rubner (who spends half his year in Israel and half in Australia) established Surf Life Saving Israel (SLSI), which draws on the iconic Australian “Nippers” program (a “nipper” is a small child). Shocked and saddened by the frequent and preventable drownings on Israel’s shoreline, including right outside his home in Poleg, Steve decided to do something about it. The introduction of the program was assisted by a strategic partnership that Steve forged with Surf Life Saving Australia, the largest NGO in Australia and where over 62,000 Aussie Nippers train every week on Australia’s beaches.

In 2015 the hugely successful Nippers Israel program opened its first club in Ashdod. Initial registrations totalled over 140 children and teens (aged 8-14) and 25 parent volunteers. The Ashdod program is run by a core group of Israeli volunteers, several of whom were trained in Australia in order to fully understand the Nippers concept and how the program can grow and replicate itself quickly. It is now just a matter now of keeping up with the demand here in Israel. 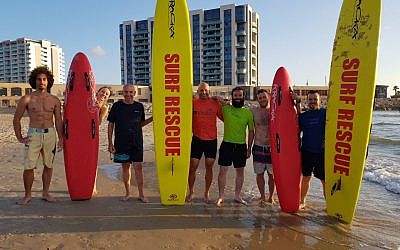 Our amazing volunteers make the Nippers program in Israel possible

This year a second club, Herzliya Nippers, opened and more than 20 new Nippers have been spawned and a whole new wave of energy created. The highly successful Nippers model binds community and saves lives by inviting parents to become actively involved in the program. SLSI is therefore building support and strength from the inside out. “It is a place to make new friendships for children and adults and to share a love of the water. Ashdod and Herzliya Nippers have been hugely successful from their first day onwards,” says Danny Buchen, Manager of the new and dynamic Herzliya Nippers Club.

Surf Life Saving Israel under Steve’s Presidency and his local Israeli Directors, David Levy and Kobi Amsellem have plans to open clubs in Netanya, Palmachim, Ashkelon, Tel Aviv and Nahariya in 2019. So don’t be surprised to see Israel’s coastline dotted with little people wearing pink tank tops and blue caps, very soon accompanied by SLSI’s red and yellow flags. And hopefully, most importantly, we will soon see a significant drop in drowning deaths and injuries at the same time. 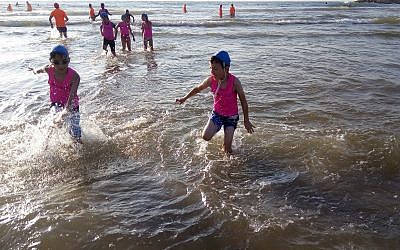 New Nippers having the time of their lives

To help provide much needed support for the Nippers program still in its start-up phase in Israel, to join or volunteer contact our Club Managers Yaki Pinto in Ashdod and Danny Buchen in Herzliya. If you would like the Nippers program to come to your local beach, contact Director of Development, David Levy.

About the Author
Anna lives in Herzliya with her husband and three kids. She is originally from Australia and made Aliyah in 2009. She is on a fascinating, mostly unmarked journey of being a new Jew and an even newer Israeli, while trying to get some balance and joy out of every day.
Related Topics
Related Posts
Comments