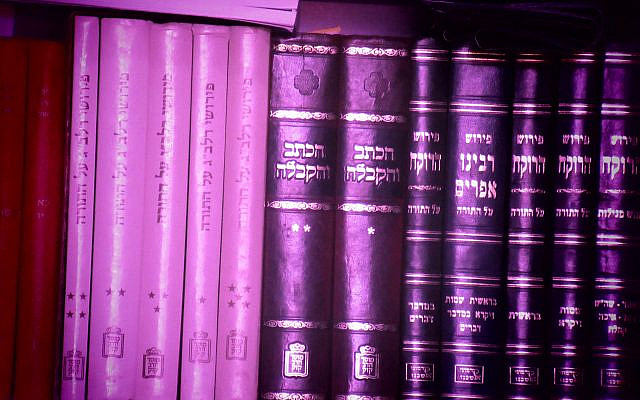 The Hebrew word ne’um (“word”) appears 373 times in the Bible, of which 362 times it refers to “the word” of G-d. The only other people whose “words” are characterized as ne’um are King David (II Shmuel 23:1), King Solomon (Prov. 30:1), and Balaam (Num. 24:3, 24:4, 24:15, 24:16). When the true prophet Yirmiyahu criticized false prophets for speaking through a ne’um (Yir. 23:31), the Bible uses a verb form of the word vayinamu, which appears nowhere else in the entire Bible! What is so special about the word ne’um that it is overwhelmingly used to denote the Word of G-d? What is this word’s etymology, and how does it differ from other words for “speech,” such as amirah, dibbur, and sichah?These questions and more will be addressed in the following paragraphs.

Although Menachem, Ibn Janach, and Radak trace the word ne’um to the three-letter root NUN-ALEPH-MEM, Rabbi Shlomo Pappenheim of Breslau (1740-1814) offers a more thorough approach. In Yeriot Shlomo he contends that ne’um is a poetic word used to underscore the veracity of a given statement. It serves to emphasize that whatever is being said is not merely a collection of “random” words haphazardly spewed out, but reflects deliberate and accurate declarations. Rabbi Pappenheim thus explains that the biliteral root of ne’um is ALEPH-MEM, whose core meaning is “if.” Other words derived from that root include emet (“truth”) and amen/ne’eman (“true,” “trustworthy”). When one preaches with the ne’um style, one speaks in absolute terms, as if everything he utters is completely true. When Yirmiyahu criticized the false prophets for speaking a ne’um, his critique focused on their pretending to tell the truth, even though he knew they clearly were not. (Radak’s Sefer HaShorashim, in entries ALEPH-MEM-NUN and NUM-ALEPH-MEM, also connects ne’um with “truth.”)

According to the Oxford English Dictionary, the English word word in Ebonics and hip-hop slang expresses affirmation or agreement, such that when one exclaims “Word!” it is as if he has said, “That’s the truth!” or “There’s no denying it!” This usage of the word likely stems from the influence of Christian preachers who read from the Bible and translated ne’um as “word.”

Although one of the Dead Sea Scrolls (4Q339) contains a list of false prophets, with Bilaam on the list, rabbinic tradition maintains that Bilaam was not a false prophet, per se, but an evil prophet. He tried to use his jaundiced outlook to have G-d convey to him a malevolent prophecy against the Jews, but in the end, quite the opposite happened.

When all is said and done, Bilaam’s prophetic declarations and utterances were “true” in the same way that the Word of G-d elsewhere in the Bible is true. In that spirit, Peirush HaRokeach and Rabbienu Efrayim explain that the word ne’um represents speech that relays the content of an irrevocable decree/oath — even when it comes to Bilaam’s use of the word ne’um. Additionally, it seems that King David and King Solomon also used the word ne’um to describe their own words because, as Divinely chosen kings, they were able to speak assertively and decisively in a way that whatever they said was/became true.

In his work Cheshek Shlomo, Rabbi Pappenheim traces the word ne’um to the biliteral root ALEPH-MEM (“if,” “on condition”), explaining that ne’um focuses on the severity of the situation that spurs the speaker into making his address. Thus, the term ne’um stresses the serious situation/conditions that make for the backdrop of the speaker’s ne’um.

While the verb form of ne’um appears only once in the Bible, it is much more common in later post-Biblical Hebrew. For example, the Mishna (Yevamot 16:7) uses the word numati/nimati to mean “I said” when relating Rabbi Akiva’s report about what he said to a Sage in Babylonian about a complex halachic issue. Another form of this word found in the Mishna is numeinu (“we said”), used in Gittin 6:7 (see also Tosefta, Sanhedrin 2:1, Nazir 4:7).

Halachic Midrashim like Mechilta (to Ex. 12:6, 12:21, 12:43) and Sifrei (Beha’alotcha 65, Shlach 110, Pinchas 142) sometimes use the non-standard phrase nam lo (“he said to him”) instead of the more common expression amar lo, which means the same thing. But, fascinatingly, those works use this verbiage only when discussing disputes between Rabbi Yonatan and Rabbi Yoshiyah, but not when relating debates between other rabbis!

The Sefer HaAruch lists the root of these Rabbinic Hebrew words as NUN-MEM and does not explicitly link them to the Biblical Hebrew ne’um. However, Rabbi Gershon Shaul Yom Tov Lipmann Heller (1579-1654) contends that these words are cognates of ne’um, even though they are spelled without an ALEPH, because the letter ALEPH often disappears from different morphological inflections of a given word. In his responsa Noda B’Yehudah, Rabbi Yechezkel Landau (1713-1793) points out that the common Talmudic term neimah (“let’s say”) is also a cognate of the Hebrew word ne’um and Aramaic nam. As both Rabbi Landau and Rabbi Binyamin Mussafia note, a cognate of ne’um without the middle ALEPH is already found as early as in Biblical Aramaic (Ezra 4:8, 5:4, 5:9, 6:13). (See Ibn Ezra to Isa. 1:24, who seems to explain that spelling the Rabbinic Hebrew nam without an ALEPH is a mistake, despite that deficient spelling being the standard form of the word in rabbinic sources.)

In one particular poem customarily recited on Yom Kippur Mussaf, we pray to G-d: “Remember, O You who said (namta) ‘testimony shall not be forgotten from the mouth of his descendants.’” Abudraham explains that the word namta in this poem serves as a cognate of the Hebrew word ne’um. In discussing this particular piyyut, Rabbi Pappenheim argues that the word cannot possibly be read as namta, as that would mean “you who slumbered,” with the word in question being a verb cognate of the Hebrew noun tenumah (“sleep”). Instead, Rabbi Pappenheim suggests that the proper rendering of the word in question should be ne’umta (if the poet meant to follow a Biblical Hebrew style), or numita (if following Rabbinic Hebrew style). Rabbi Pappenheim also mentions an alternate version that registers the word as sachta, a cognate of the word sichah, and endorses that version. This alternate version is also found in the Mazchor edited by Ernst Daniel Goldschmidt (1895-1972). Nevertheless, Rabbi Landau ultimately concludes that namta as “You said” is also correct.

Dr. Shlomo Mandelkorn (1846-1902), in his concordance of Biblical Hebrew Heichal HaKodesh (page 710), notes that an Arabic cognate of the Hebrew ne’um means “to whisper.” I am not sure what to make of that.

There are three more Hebrew words that refer to the act of “speech” or “speaking,” which I would like to discuss in this essay: yichaveh, yabia, and sach.

Ibn Chayyuj, Ibn Janach, and Radak trace the words yichaveh (Ps. 19:3), achaveh (Iyov 13:7, 32:10, 32:17), and the like to the triliteral root CHET-VAV-HEY. Similarly, Menachem Ibn Saruk traces those words to the biliteral root CHET-VAV. However, Rabbi Pappenheim explains that the root CHET-VAV itself derives from the roots CHET-YOD (“life”) and/or ALEPH-CHET (“brotherhood”, “unity”), both of which ultimately derive from the monoliteral root CHET. As Rabbi Pappenheim explains, speech in the sense of yichaveh/achaveh gives “life” to an idea by expressing it verbally instead of leaving it hidden away in one’s thoughts. In accounting for the interchangeability of VAV and YOD in this instance, Rabbi Pappenheim adduces the case of the VAV in the name Chava (Eve), which is said by the Bible to be related to the word chai (Gen. 3:20), spelled with a YOD. Alternatively, Rabbi Pappenheim explains that yichaveh/achaveh relates to the word ach (“brother”), because speech creates connection and comradery by linking the speaker with the listener.

Interestingly, Peirush HaRokeach explains that yichaveh/achaveh refers to “speech” for the purpose of explaining the reasoning behind something, but he does not offer an etymological account of how this can be better understood.

Rabbi Pappenheim explains that yabia (Ps. 19:3) and abiah (Ps. 78:2) in the sense of “speaking” are derived from the two-letter root BET-AYIN, which refers to “revealing from beneath the surface.” In its crudest sense, this root yields the word mabua/novea (Prov. 18:4, Ecc. 12:6, Isa. 35:7) — i.e. a “wellspring” whose waters spring forth from a hidden, underground source. In a similar way, yabia/abiah refers to “speech” as an expression that flows from the depths of one’s heart and reveals itself in an attention-grabbing way. A similar point has already been made by Ibn Janach and Radak in their respective Sifrei HaShorashim. Siddur HaRokeach and Peirush HaRokeach likewise explain that yabia/abiah entails speaking continuously, non-stop, like an ever-flowing “wellspring.” 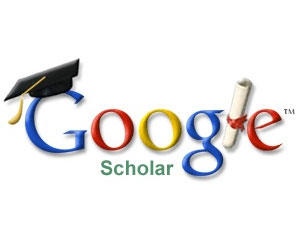 You can find out about more of Rabbi Reuven Chaim Klein’s writings and scholarship at Google Scholar.

The words yasiach (Ps. 119:23), asichah (Ps. 55:18, 77:4-13, 119:15, 145:5, Iyov 7:11) and the infinitive la’suach (Gen. 24:63) are related to the word siach/sichah (“speech”). Ibn Chayyuj, Ibn Janach, and Radak trace this word to the triliteral SIN-VAV-CHET, while Menachem traces it to the biliteral SIN-CHET. Rabbi Pappenheim, on the other hand, sees SIN-CHET as a derivative of SAMECH-CHET (“uprooting,” “removing,” “transferring”), explaining that it refers to the type of speech that involves a stream of consciousness and/or wandering of the mind intended to help the speaker forget about (i.e., “uproot”) his sorrows. Similarly, Peirush HaRokeach writes that sichah refers to “speaking” about various topics/examples in one speech/conversation, which can be looked at as somebody “transferring” the discussion from one subject to another.