Looking Back…some comments about Bar and Bat Mitzvah Mitzvah Projects:  One of the Great Inventions of the North American Jewish Community

But first, a disclaimer:

I did not “invent” the BBMMP (bar/bat Mitzvah Mitzvah project). I might take credit for spreading the idea around North America through my lectures and multitude of contacts with rabbis, cantors, and Jewish educators. I would not necessarily say that I am the one but I am one of them.

The Impact of this Great Invention

In 2004, I published my book Danny Siegel’s Bar and Bat Mitzvah Mitzvah Book. In the introduction I wrote the following:

The simple fact is that hundreds of thousands of lives have been touched because of Bar and Bat Mitzvah Mitzvah projects and Tzedakah money. I personally believe that the more accurate figure is millions of lives, but I wouldn’t want my readers to doubt the credibility of this book because they think that I am exaggerating.

Now, more than a decade later, I still believe it is true, with more and more evidence appearing with each bar and bat Mitzvah.

A Brief but Crucial Grammatical Note 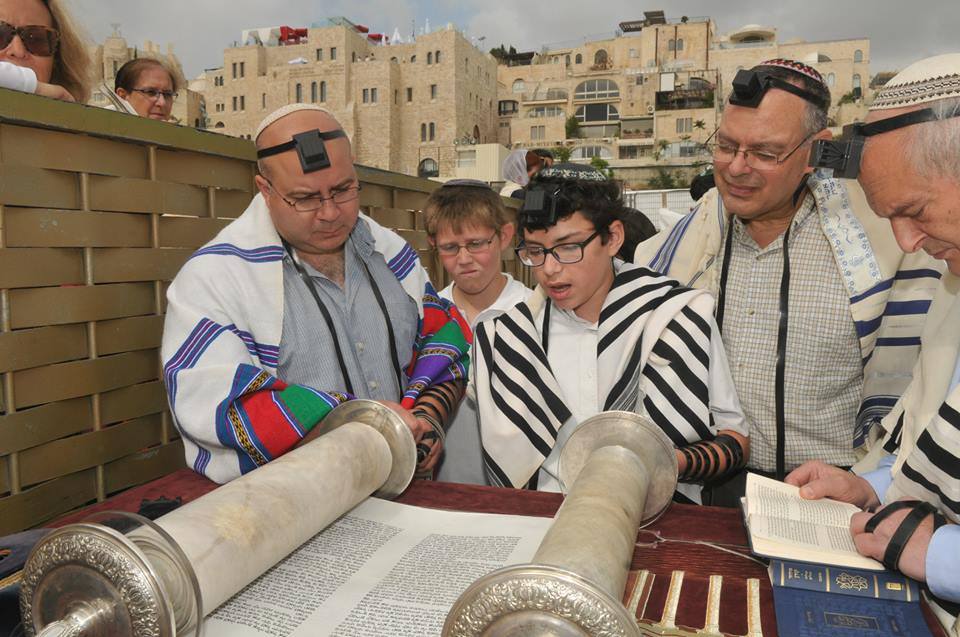 The terms “Bar Mitzvah” and “Bat Mitzvah” do not mean “son of a Mitzvah” and “daughter of a Mitzvah”. Those are bad grammatical translation and cumbersome, if not bad, English. The more accurate translation is “Mitzvah person” (masculine and feminine), and the meaning is, the child’s status is now permanently changed. From now on, he or she is supposed to spend his or her life engaged in Mitzvahs. Technically, this applies to when they have reached a certain age (Talmudically, 13 for a male and 12 for a female, though nowadays most equalize at 13) – whether or not there is a ceremony.

The Early Days to Now: A Historical Development

In the early days of BBMMP, we often heard, “It’s the parents’ suggestions.” My own experience tracking the history indicates that that may have been the case for some of the projects, but not as many as the critics said or wrote. Even if there were some “way back when”, the percentage of parent-generated projects has diminished significantly. However, there are noticeable numbers nowadays where the “kid” has incorporated the parent into the project, and, originating with the bar or bat Mitzvah child, it has become, in a sense, a joint project.

I’m not really certain, but Soviet Refuseniks began their protests sometime in the late 1960’s. Many B’nai and B’not Mitzvah wore bracelets with their names, “twinned” with them, and spoke about them in their invitations and speeches, and in many cases wrote to them, some even receiving letters in return. My records only go back to the early 1980’s for this method of elevating the event to something beyond the general practice back then, but some must have already been doing this in the ‘70’s.

My first real contact with the expanded reach of the BBMMP’s – the whole world of opportunity for Tikkun Olam is out there – was through the late Rabbi Bernard King of Shir HaMa’alot Harbor Reform Temple in Newport Beach, California. I don’t know who informed me about what was happening there, but I was in touch with him, and after a couple of years I went to see his students myself. It was very moving, and, of course, eye opening. In retrospect it seems like a real “duh!” nowadays.

While all his bar and bat Mitzvah students had projects, I want to mention those of his own sons to give you an idea of how Rabbi King was really on to something:

His son Neil Michael’s Simcha was in 1983, and he sponsored a concert by the HiHopes, a band composed of mentally-challenged but musically-talented individuals for the community.

His brother Stephen’s (not the scary author Stephen King) was in 1987. Stephen (1) twinned with a Refusenik, (2) in lieu of gifts, asked people to bring non-perishable foods to be donated, (3) in place of a reception, took the families from a local shelter for homeless people to a baseball game.

Examples of What Has Happened and is Happening:

I know about hundreds of BBMMPs, having collected invitations, read about them, heard about them from people in my lectures on the road, and from people who have sent me from their families, seen stories on TV and the internet. Below are only a sample of what I have and what I had before I sent collections off to educators. They are broken down into two categories – project projects, and Tikkun Olam made possible by donating to Tzedakah from the money they received (which will appear in Part Two). I am sure you will agree that the creativity of many of them is simply dazzling:

• bringing her horse to a hospital so that children who are well enough could ride,

• collecting de-activated cellphones to be donated to women suffering from domestic abuse (in the USA, they still dial 911 for free),

• having laundry detergent centerpieces on the tables and explaining that she was paying to fix industrial-strength washing machine at a shelter,

• bringing Legos – including a hundred boxes with complete kits to a shelter, playing with the children, and then leaving them there,

• acting as an assistant coach for a cheerleading team of intellectually-limited girls,

• creating a website about what it is to be a sibling of someone with autism,

• “Dress It Up” – collecting party dresses for inner-city young women (who kept the dresses) and throwing a grand party (the boys being kept occupied before the party with games, the location, hairdressers, food, DJ, etc. – all donated),

• as mentioned above, symbolically sharing with a Refusenik,

• sharing symbolically with someone his or her age who died in the Shoah,

• twinning with a survivor of the Shoah,

• purchasing a pedigreed dog to be used as a co-therapist by Avshalom Beni for his miracle-working animal-assisted therapy program in Israel (HAMA),

• collecting stuffed animals and having them taken to Israel to be distributed to children in need of them,

• photographing and posting on the synagogue website all the graves in its cemetery so that people who are unable to visit the graves can have some contact,

• organizing and supervising the Geniza ceremony for the synagogue,

• making blankets for Elders with Alzheimers living in a group home,

• donating wigs to patients with cancer,

• donating stuffed animals and books to an agency serving people affected by AIDS,

• …and at least two young people I know of designed their own invitations.

In Part Two of this essay, I will give examples of how bar and bat Mitzvah kids used Tzedakah money for projects and ideas; will discuss how these projects are an education for life; and I will have a note to parents as well.