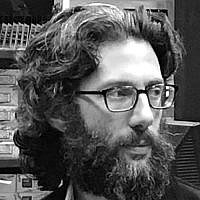 The Blogs
Aaron Koller
Apply for a Blog
Please note that the posts on The Blogs are contributed by third parties. The opinions, facts and any media content in them are presented solely by the authors, and neither The Times of Israel nor its partners assume any responsibility for them. Please contact us in case of abuse. In case of abuse,
Report this post.

In 130-131 CE, Hadrian, emperor of Rome for more than a decade already, traveled to the east — one of the many trips he made around his empire. He thought it would be a good idea to invest in rebuilding Jerusalem, which had been destroyed 60 years earlier: it could once again be a grand city, a jewel in the Roman empire. He may have considered allowing the Jews to re-build their temple, but in any event that was not in the final plans. Those did include a temple to Jupiter. The rebuilt city, to be home for the Jews and the Romans, would be called Aelia Capitolina — Aelia for Hadrian himself, whose family name was Aelius, and Capitolina for the god Jupiter, for whom a temple would be built.

The Jews were less grateful than Hadrian may have expected. After a year of planning, including the digging and construction of hundreds of underground tunnel complexes throughout the land of Judea, the Jews revolted. 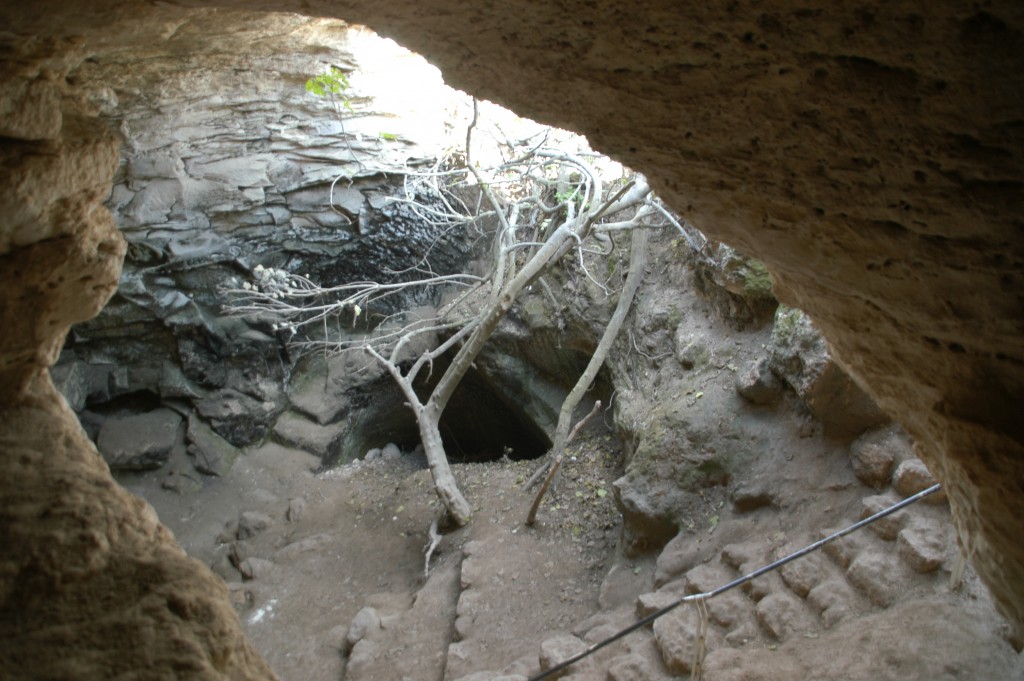 The entrance to one of hundreds of underground cave networks used in the revolt led by Bar Koseba. (Image from Wikipedia)

They were led by a man named Shimon bar Koseba, along with a priest named Elazar. We know next-to-nothing about these men — where they came from, how they came to lead, what they did before the year 132. Elazar’s name is known only from coins. Bar Koseba’s name — his real name — is known to us only from letters he wrote, which were found in the middle of the twentieth century.

The name of Shimon ben Koseba, from the beginning of a letter dictated by him. (http://cojs.org/bar_kokhba_letter-_132-135_ce/(

With the discoveries of the letters, we know something of the man. We also know something of his administration, and of the people involved in the revolt — at least of those who fled to caves in the Judean desert, documents in hand, and hoped that the Roman threat would dissipate and they would be able to return to their homes. Perhaps the most interesting is the woman named Babatha, originally from the other side of the Dead Sea, who came to a cave together with some of Bar Koseba’s warriors, carrying her ketubah and other legal documents. From these we get a sense of her life — and of the people supporting Bar Koseba. 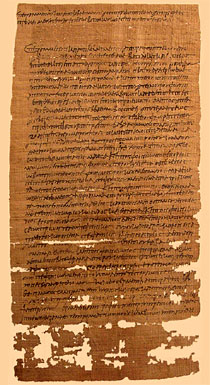 A text from the archive of Babatha, a woman caught up in Bar Koseba’s revolt, who died in a cave in the Judean Desert. (Wikipedia)

None of those people in the caves escaped, though. A bag of skulls was found in the cave, too. In the long run, the Romans always win. 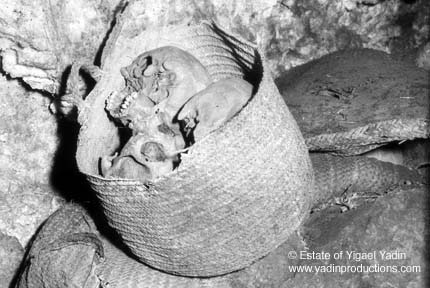 Bag of skulls found in a cave where Bar Koseba’s fighters and others had hid (http://www.yadinproductions.com/)

According to a later text, Rabbi Akiva himself acclaimed Bar Koseba as the messiah. No doubt that was how he got the name Bar Kokhba “Son of a Star.” But he was, at most, a failed messiah. The results of his revolt were catastrophic. A Roman writer puts the number of Jewish dead at 580,000. Jerusalem was destroyed once more, more thoroughly this time. Jews were banned. Hadrian never forgave the Jews, and the stories of martyrs proliferated. Intellectuals throughout the Roman empire castigated the Jews, condemning them as ingrates (and far worse) for not appreciating the stability and enlightenment brought by Roman rule.

Rabbi Akiva’s students, the Tannaim, left us a lot of texts — the Mishnah, the Tosefta, halakhic midrashim. What do they have to say about this episode? Nothing at all. He is never mentioned in any of the works of the Tannaim. No Jewish text for the next century or more so much as mentions his name.

Why? I think it’s not hard to discern the reason. What can be said? There is nothing positive to say, certainly not for those living in the aftermath of the devastation. The Tannaim for the most part lived in the Galilee, having been banished from Judea or drifted away from there after the catastrophic revolt. But they also have nothing negative to say. How could they? To criticize Bar Koseba would be to criticize Rabbi Akiva, to concede that the great scholar and teacher, the intellectual master of nearly all the Tannaim, and the mind behind the Mishnah, was wrong on the most important of worldly matters. It would be to concede that great rabbinic scholar as he was, Rabbi Akiva’s judgment led to the deaths of hundreds of thousands of Jews. Better to remain silent.

It is worth comparing this to reactions to the Holocaust. Setting aside the question of God’s involvement, what of the rabbis? What of the many great rabbinic scholars who advocated remaining in Europe, rather than assimilationist America or — Heaven forfend! — the Zionist settlement in Palestine? What to say about the rabbis who could have, had they offered different advice, perhaps saved the lives of thousands of followers?

The paths diverge: while the Tannaim remained silent, twentieth-century Haredi thinkers offered a multitude of words. It was the fault of the Zionists; it was the devil himself; assimilationist tendencies had to be punished; the most precious Jews were being sacrificed by God; and so on. Is it better to speak or to remain silent? Norman Lamm wrote that one cannot remain silent in light of the Holocaust, but neither can one say anything.

Jews have grappled with the image of Bar Koseba for nearly 1,900 years. A rebel leader and failed messiah, he became a Zionist hero in the 19th century, and is now the protagonist of Lag ba-‘Omer celebrations. Bows and arrows and bonfires show the rehabilitation of a man whose origins are lost to history, and whose ill-fated revolt changed Jewish society.